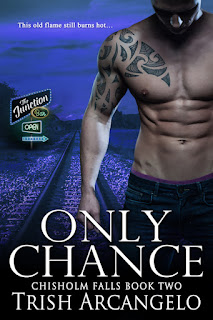 Fallon Gentry is back in her hometown after leaving an affluent life in Dallas, and her cheating ex-husband, behind.  She's ready to start over, even if that means dealing with the pain of her first love's betrayal left buried in the past.

Lucas Chance is a working class guy leading a simple life.  He plays the part of the town ladies' man but deep down he's still reeling from old wounds, namely a heart shattered when the only woman he ever loved walked away.

They're both shocked when Fallon unknowingly shows up on Lucas's duplex door step, looking to rent the unit next door.  Lucas is too intrigued to tell her no and Fallon is too desperate for a place to live.  There's also the blazing attraction still between them.  Now as landlord and tenant, Fallon and Lucas battle their feelings.

Will they discover the truth behind what drove them apart and take their only chance at true love?

She knocked on the door.  “Lucas?”
The door opened and an arm shot out.  Before she knew it she was pulled inside and the door slammed shut with her back against it.  The bank bag and paper slipped from her hand as he caged her in.
“Where’s Laurel?” he rasped.
“I-in the bathroom.”
“Good,” he said, moments before his lips covered hers.
He didn’t touch her anywhere but on her lips, his hands braced against the door on either side of her head and his rigid body inches from hers.  Somehow that only made it hotter. The intensity of that one contact was like a lightning strike, incinerating all rational thought.  There was nothing but the wicked mouth of the only man she’d wanted for as long as she’d wanted.
Her lips and tongue submitted to his, following his lead as his mouth devoured her.  God, how she missed this.  Tears stung the backs of her eyes at the acute need, the longing.  She reached for him.
Lucas broke the kiss.  “Don’t.”
Her eyes fluttered open.  “W-what?”
“If you touch me, I’ll lose it.”  His voice was husky and warm, the sound of sin.  “Why do you think I’m keeping my hands to myself?  It’s so I don’t take you right here.”
Fallon felt dizzy with want, leaning in.  “But, can’t we just---”
“I’ve been sitting in here all night thinking about what that asshole told me,” Lucas interrupted, leaning down to capture her eyes with his.  “Did you really call out for me, Duchess? All those nights, lying next to him?”
Her brain was screaming at her to lie.  To remember why she was here and the implications of her next words.  But the rest of her was still a quivering mass of pent up desire.  A younger woman who wanted only to please the man in front of her.  Her love.  “Yes,” she whispered.  “All the time.  I dreamed about you.”

Trish published her first book in 2015 and is currently working on her Chisholm Falls contemporary romance series.  A native Texan, Trish lives just outside Austin with her incredibly supportive husband and their incredibly spoiled dog.  She’s been an avid romance fiction reader since she was a teenager and still devours as many romance novels as she can when she’s not writing.  Her other loves include (in no particular order): warm weather, red wine, dogs, trivia, and Halloween. 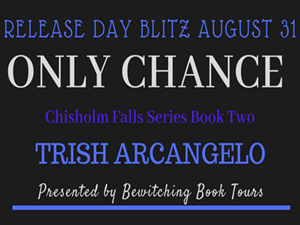