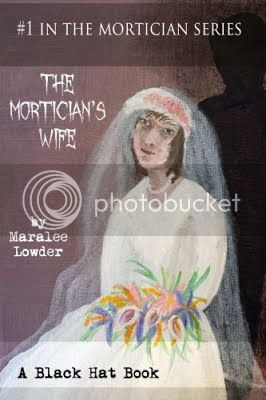 When Horace Carpenter begins to court plain looking and painfully shy Ada Hawkins she can't believe her good fortune.  He is handsome, charming, and owns his own thriving business - the town's mortuary.  After the wedding she learns that he expects to gain even more respect by being the son-in-law of the richest and most respected man, Dr. Hawkins.  But when the doctor is discovered performing illegal surgeries he looses everything - including his life.

When Ada discoveres that she is pregnant she hides it from her husband, fearing he might cause her to have a miscarriage.  When the baby is born his first reaction is rage.  But he quickly realizes that if he appears to be a wonderful father the townspeople will think even higher of him.

Horace tells Ada that they must celebrate their son's second birthday by having a huge birthday party.  The party is great success.  After the guests leave, Horace directs Ada to clean the kitchen while he takes care of the baby.

Ada hears her son scream, and she rushes to the stairwell where his voice had come from.  When she get there she sees him lying at the bottom the stairs - he turns his head and looks up at his mother.  Horace tells her to call the doctor.  When she returns after making the call she sees that the baby is no longer looking up.  His head is now in an awkward position.  He is no longer moving

Horace taunts his wife that he has killed the "bastard" and there's nothing she can do about it.  If she calls him a murderer he will tell everyone that she has lost her mind, that it was her fault the child died.  He then tells her he has murdered before and always got by with it.

Ada begins plotting how she can get revenge for the horible things he has done, and also keep him from killing others.  It takes her many months to do it, but eventually she kills him in a way that is most painful to him, yet also undectable as a murder.

When Ada is an old woman reunites with Emily, a woman who she had befriended when Emily was a child.  While Emily cares for her, Ada tells her the secrets of her life.  She explains that she stayed living in the mortuary even after Horace died because his evil spirit still lingered there and that it was her duty to protect others from him.

After Ada dies Emily is shocked to learn that Ada left her the mortuary and all of her other assetts.  In the will Ada stated that Emily would know what she must do with the old, haunted, building. Emily isn't so sure that she does. 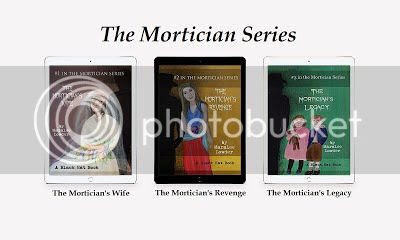 Other Books in The Mortician Series:

Ada Carpenter went to her grave knowing that, although she had killed her husband, Horace, his malicious spirit still lingered on in the mortuary, where she and her mortician husband had lived throughout their marriage. As she left her earthly body behind, she went with the prayer on her lips that Emily, her dearest friend, would find a way to protect others from his wicked intentions.

Horace had other plans. The longer his spirit remained trapped in the mortuary, the angrier he became. His hatred began with his wife, the woman who had taken his life in the most gruesome way possible. But it grew to include everyone who thought they could make his home their own.

As the years passed, Horace found ways to vent his anger by attaching himself to others, using their bodies and their minds to do his bidding. The moment the leader of the Sisters of the Zodiac entered his home he knew he had finally found the perfect tool with which to fulfill his most monstrous dreams.

Terrible things seem to happen to people who frequent the old mortuary in Dunsmuir, CA. Ever since the first mortician's death by his own wife's hand, the old building has been filled with darkness.

The woman who befriended the mortician's wife was dismayed when she inherited the building, knowing what she did about the dark spirit that lurks there. No one believes her when she says that evil hides within the walls of the Julia Morgan designed house.

In spite of her warnings a young couple convince her to sell them the building. They see the beauty in its design and plan on turning it into a Bed and Breakfast. Unfortunately, although they are able to turn the building into a showplace and are eager to open its doors to overnight visitors, the evil spirit of the long dead mortician has ideas of his own. 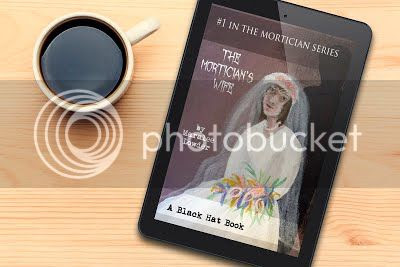 Maralee Lowder is a writer of many genres - romance, historicals, humorous, and metaphysical fiction.  While living in Dunsmuir, California, she heard stories of the haunted old mortuary on Sacramento Street, down by the railroad tracks.  The writer part of her brain could not dismiss the stories she was hearing.  Was the old building truly haunted?  And if it was, who was haunting it - and why?  She learned that yes, it is haunted, even to this day.  The Mortician's Wife was inspired by the old building - and the current haunts.