Author Post ~ Why I Like to Blend Genres by JL Mulvihill, Author of the Steel Roots Series ~ @JLMulvihill @TCMPublicity 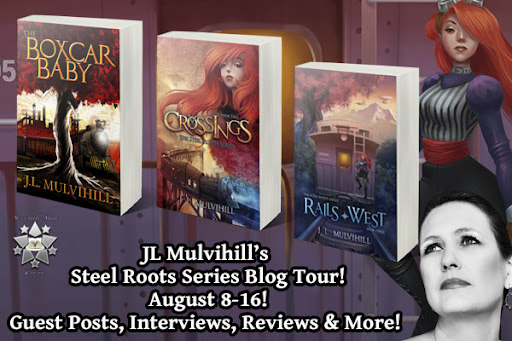 K. W. Jeter coined the phrase Steampunk when he described his novel Morlock Night. Since then the genre has taken of in so many directions it’s amazing.  I love the aesthetics of the Steampunk genre and writing in this world makes me feel like anything is possible. Of course I do lots of research and buy all kinds of books about steam trains, the age of steam, and the Victorian era and revolution. I also study maps of America and the train routes that are and used to be.

Some of the histories of the train routes all over America are fascinating stories in themselves. There were train routes put in by companies trying to get to and from their mines. Some of the routes were put in when the railroad companies could not seem to get along. All these little railroad companies popped up all over the nation for a while. Just as suddenly as they popped up they were purchased or went out of business. It seems that taking out the tracks that have been laid was just too much of an expense so there are a lot of railroad tracks that just go nowhere and then stop. It’s pretty interesting to me and I feel that the whole steam train aspect works well within the Steampunk genre.

Steampunk stories usually take place in the Victorian era and in Europe though I have noticed more and more in America, and of course Asia has some amazing Steampunk stories. However, I wanted to put a little different feel to this story so I drew on my own experiences and places I have been and things I have seen. The reader will find a lot of caves and mines in this series and that’s because this is another obsession I have. I have gone spelunking and visited old silver mines and lots of natural caves so this was another influence in my writing.

I have a very vivid imagination so much that I can close my eyes and put myself in a place or situation and then I look around and describe everything I see, feel and hear. Sometimes it can be difficult to describe accurately what I see in my head. When this happens I turn to my research and use a lot of visual for description. If you see my office will see all kinds of eclectic items as well as books on just about every subject. I have black and white photos of old train cars and old maps along with dragons and Star Wars toys. These items inspire me and my writing.

With all these things in my visual it’s not hard to see where I get my ideas and why I like to blend genres. I have incorporated Fantasy into this series along with the Steampunk which tends to confuse people. I feel that writing can be like cooking and if you mix the ingredients properly you will have a tasty outcome. Anyway, isn’t steampunk really fantasy? Besides, the original Steampunker used elements of Fantasy in his book Morlock Night so why can’t I?

All these components I put them together and created the Steel Roots series. A Western, Steampunk, Fantasy adventure. I like to call it a heart stopping, train hopping great American adventure. This is an adventure where a young girl learns that the world around her is not so great but with her determination and the help of her friends, she can overcome anything.

So what happens next? I am finishing up the 4th novel, The End of the Line, and I personally cannot wait to find out what happens.

J L Mulvihill
www.jlmulvihill.com
Changing the world one story at a time. 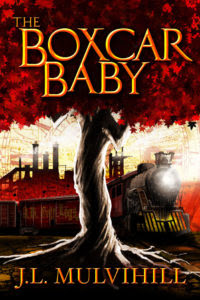 About The Boxcar Baby:

Born in a boxcar on a train bound for Georgia. At least that is what Papa Steel always told AB'Gale. But now, fifteen years later, the man who adopted and raised her as his own is missing and it's up to AB'Gale to find him. Aided only by a motley gang of friends, AB'Gale train hops her way across the United States in a desperate attempt to find her papa and put her life and family back the way it was. Her only guide is a map given to her by a mysterious hobo, with hand written clues she found hidden in her papa's spyglass. Here is the Great American Adventure in an alternate steampunk dystopian world, where fifteen-year-old AB'Gale Steel learns that nothing is as it seems, but instead is shrouded in secrets and mysteries ... and that monsters come in all shapes and forms.

The Boxcar Baby is the first book of the Steel Roots series. 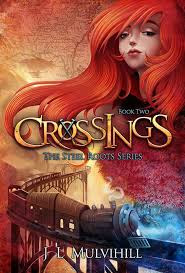 Bishop Steel is still missing, so AB’Gale must follow the map continuing the search for her papa. Her quest leads Abby down dangerous paths that threaten to get her captured by the System. Danger lurks at every turn of the road, on every doorstep and every train. Finding it difficult to know who to trust when she discovers she is now wanted for crimes against the System, Abby travels under the guise of a young boy. Conflicted with the desire to rid her world of the unjust or find her papa, Abby finds few friends amid hobos, air pirates, and entrepreneurs. Abby finds that real friends will never abandon you, nor will they allow you to give up on your convictions. A true awakening to internal conflict and the desire to put right what is wrong, this is the great American adventure ringing with the sound of freedom along the steel routes.

Crossings is Book Two of the Steel Roots Series. 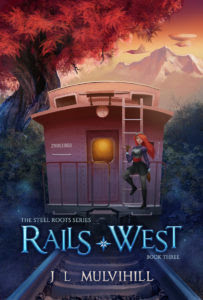 “The System Regulatory Unit has determined that the responsible parties of last week’s explosion in Downtown St. Louis are none other than the notorious Abigail Steel and her band of pirates. She is wanted for questioning regarding numerous acts of rule breaking against the System. She is considered armed and dangerous and should not be approached but informed upon at once.” Not only is her name misspelled, but the System has her description all wrong because AB’Gale Steel is not a criminal. She just wants to find her papa and now she feels she is so close, but will the System catch her before she finds him? And what about the marks on the map the old hobo gave her? What was Papa doing in all those places? Why is the System so concerned about Bishop Steel and his daughter? Are the people of America seething with frustration? And is there an insurgency boiling beneath the surface? All the answers lie within Rails West. 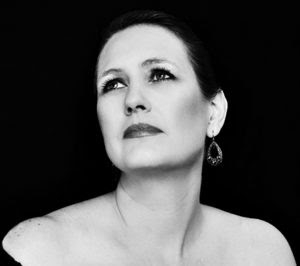 A California native born in Hollywood, J.L. Mulvihill has made Mississippi her home for the past seventeen years. Her debut novel was the young adult title The Lost Daughter of Easa, an engaging fantasy novel bordering on science-fiction with a dash of Steampunk, published through Dark Oak Press in 2011. The sequel to this novel is presently in the works. Her Most recent novel, The Boxcar Baby of the Steel Roots series, was released in July 2013 through Seventh Star Press. Steel Roots is a young adult series based in the Steampunk genre and engages the reader into a train hopping heart stopping adventure across America. Book 2, Crossings released December of 2014. She is also the co-editor of Southern Haunts; The Spirits That Walk Among Us which includes a short story of her own called Bath 10, and a fictional thriller involving a real haunted place. Her poem, The Demon of the Old Natchez Trace, debuts in Southern Haunts part 2, Devils in the Darkness. J.L. also has several short fiction pieces in publication, is very active with the writing community, and is the events coordinator for the Mississippi Chapter of Imagicopter known as the Magnolia-Tower. She is also a member of the Society of Children’s Book Writers and Illustrators (SCBWI), Gulf Coast Writers Association (GCWA), The Mississippi Writers Guild (MWG), as well as the Clinton Ink-Slingers Writing Group.

Rails West
Amazon
Barnes and Noble
at 7:00 AM