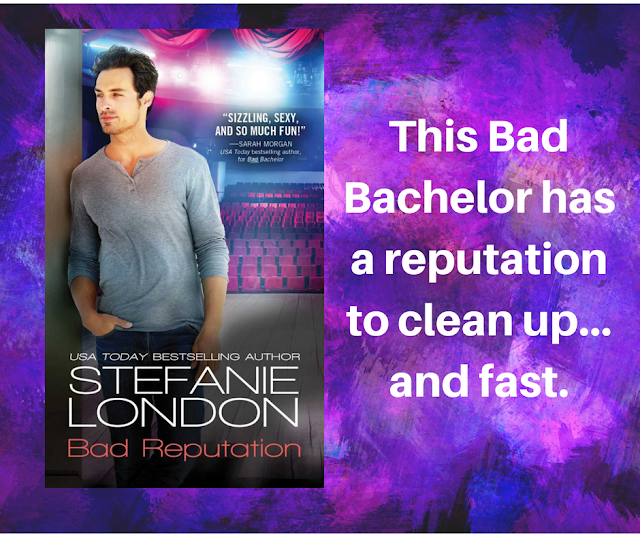 But everything else is a huge misunderstanding…

Wes Evans, son of Broadway royalty, just wants to achieve something without riding his family’s coattails. Too bad the whole world is talking about his sex life after the notorious Bad Bachelors app dubs him “The Anaconda”. But when he sees a talented ballet dancer, he knows she is exactly what he needs to make his show a success.

Remi Drysdale only had one thought when she fled Australia for New York—never mix business with pleasure again. Ever. Working with Wes is the perfect chance to reclaim her career. Remi promises herself not to tangle with the guy who holds her career in his hands…no matter how enticing his reviews are on the Bad Bachelors app. 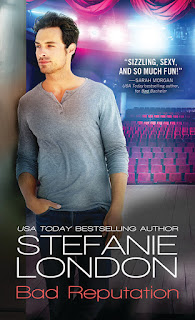 It’d been a heck of a long time since Wes had done anything close to dancing. These days, he favored going for a run through Central Park or chasing his niece around until they were both huffing and puffing. But muscle memory was a fascinating thing, and his body knew exactly what was required. He’d retained some of his fluidity, some of that strong posture and confident, graceful movement. All the things that allowed him to enter a room with a bang.

Most guys his age were monster trucks—big and powerful but clunky. Lumbering. Despite merciless bullying about his dancing when he was a kid, Wes knew it had been the very thing that made him who he was today. A sports car—smooth, stylish. A head turner.

Did that make him cocky? Hell yeah. But modesty didn’t get you anywhere. Not in this city, anyway.

Watching the instructor subtly raise a brow as he followed her steps had been enormously satisfying. She’d underestimated him.

“Great job, class. We’ve got a few final stretches and then we’re done.” Miss Perky Instructor grinned at the students, the bright expression turning smoky when her eyes landed on him. “Take a port de bras up over your heads and then hinge forward. Touch the floor if you can.”

The first movement of her demonstration grabbed his attention, the gentle whisk of her hands above her head into that perfect port de bras shape. But when she bent forward, folding herself in half and thrusting her pert ass into the air, Wes’s lungs almost gave out. The woman was wildfire.

The floor-to-ceiling mirrors behind her gave him a perfect view of her long, shapely legs and sweet, heart-shaped butt. But he wasn’t only captivated by her gorgeous body—there was something about her movement too. A quiet musicality and grace that hinted at formal training. Perhaps not much, since Wes knew everyone in the New York ballet scene. Though she did have an accent.

“Uncle Wes,” Frankie hissed. “You’re supposed to be standing up.”

He grunted when a small but sharp elbow landed hard against his rib cage. “Sorry, Frankie.”

He righted himself, catching up to the group and enjoying the instructor’s delightful smirk. Busted! She knew he’d been checking her out.

When the class finished, Frankie raced off to change into her sneakers

“Thanks for being a good sport.” The instructor walked over, her feet ever-so-slightly turned out and her hands brushing delicately by her sides. Yep, she’d definitely trained at some point. Talented too, he’d bet. “Even if you were unprepared.”

“You certainly kept me on my toes.”

“Was that a ballet pun?” She narrowed her eyes, the corner of her mouth fighting a smile.

“Definitely not,” he said with a mock-serious expression.

“Because I really don’t see the pointe of those. It’s not that I have a bad attitude, but I need to set the barre higher than that.” A mischievous twinkle lit her dark eyes.

“Don’t even try to out-pun me. I’m like the Energizer Bunny with bad jokes.”

He chuckled. “What else you got?”

“What animals are poor dancers?” She paused. “Four-legged ones, because they have two left feet.”

“I’ll have to tell Frankie that one.”

“Actually, I’m pretty sure she told me that joke.” Remi shook her head. “Your niece has a great sense of humor.”

“It’s a family gift.” He pretended to brush something off his shoulder and was rewarded with the tinkling sound of her laughter. Damn, that sound was straight out of heaven. “Good turnout and a passion for lame jokes.”

“Well, I have a few personal talents.”

She raised an eyebrow. “Such as?”

“I make a mean stir-fry. And my tendu was pretty damn spectacular, in case you didn’t notice.” He winked, barely able to keep a straight face.

“Oh, I noticed.” The words were fired back and forth lightning fast. Like fireflies zipping around them. “I’m Remi, by the way.” She stuck her hand out.

“Wes.” Her palm slid into his, and he closed his fingers around her hand. Judging by the quick flare of her nostrils, she felt the snap of electricity too. “I know all the ballerinas in New York, but I’ve never seen you before.”

“How lucky for all the ballerinas in New York.” Her voice was husky as she pulled her hand back, severing the crackling connection between them. “You got some kind of tutu fetish?”

“Yeah, I love that scratchy feeling.” He shoved his hands into his back pockets. “And nice job dodging the question, by the way. That’s some politician-level interview skills you got there.”

“I wasn’t aware I was being interviewed,” she replied with a smirk. “And if you watch the replay I think you’ll find you didn’t actually ask me a question.”

The exchange made him even more curious. “How come I haven’t met you already?”

“I’m not from around here, if you couldn’t tell.”

“New Zealand or Australia?” He cocked his head. “I won’t claim to know the difference well enough to pick a side.”

“Chicken,” she teased. “I’m an Aussie, born and bred. But I’m not a ballerina, which would explain why you don’t know me.”

Wes would bet his last dollar bill Remi was classically trained. He’d seen a lot of dancers come in and out of his parents’ school over the years, and if there was one thing he could spot with ease, it was the way a ballerina moved.

“Why are you looking at me like that?” she asked.

“Just wondering why you’re lying to me.”

“You said you weren’t a ballerina.”

“I said I’m not a ballerina,” she corrected. “Present tense.”

Ah, that explained it. He was tempted to argue that one never stopped being a ballerina, even if they weren’t training or performing anymore. But instinct told him it was a touchy subject. “Right.”

He wasn’t sure if she was wary or impressed. “Decided it wasn’t for you?”

“Other way around.” Darkness flickered across her face, casting a shadow over her rich brown eyes. “Ballet decided I wasn’t right for it.”