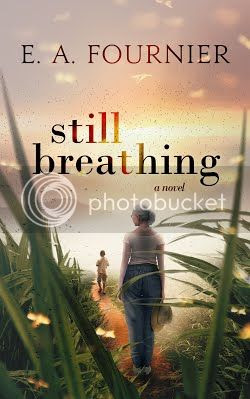 Newly widowed and on the threshold of seventy, Lizzie Warton questions the value of her remaining years. Uncharacteristically, she decides for the first time in her life to do what she wants, instead of what everyone expects.

Against the wishes of family and friends, she sets out for Africa to work at a Ugandan middle school. When she lands at night in the Entebbe airport, her hosts are not there to meet her. Near panic, she hires a local taxi. The driver drugs her, steals everything, and dumps her limp body in a slum. Waking in the dark, she feels someone tugging off her shoes.

Without money, a passport, clothes, or medications, Lizzie is forced to start over and find a way to survive. Soon she learns that nothing in Africa is as it appears. The grind of daily life in the third-world is beyond anything Lizzie imagined. Nevertheless, encouraged by budding friendships in surprising places, and against every sensible instinct she’s ever developed, Lizzie’s own personal search for meaning becomes the grand adventure of a lifetime.

“I have jeans. You want jeans? New styles from America!”

“Best quality! Best prices! Today, only for you, muzungu!”

“I have a new shipment! Come and see!”

“Muzungu! Lady, what you need?”

Lizzie was sick of the accented voices shouting at her. She had yet to see another white woman in the claustrophobic market. Warned in advance, she had ignored the hands on her arms, the fingers trailing across her fingers, even the nudges to move her toward their shops, but she was fed up with the vendors’ constant calls aimed at her. Still, she doggedly maintained her wooden smile, even though she was gritting her teeth behind it.

At one point, a vendor called out a question in Luganda and someone else answered it. Lizzie was sure it had something to do with her. Laughter broke out and other voices chimed in with more quips. Grinning faces nodded at her as she walked away.

Lizzie shot a questioning look at Mrs. Birungi, who rolled her eyes, even though a smile tugged at her mouth. “It is nothing - just vendor talk. Ignore it. We need to go over that way.” Birungi pointed to a split in the congested path ahead, and steered them to the right.

Afiya pulled abreast of Lizzie a little later as they bobbed through a brief open place in the moving crowd. “They said they not sure if you are white or Ugandan.”

“It was joke. Our people always make jokes.”

“Somebody said you half Ugandan.” The girl suppressed a grin.

“They said you have white top but Ugandan bottom.” Afiya smiled broadly as she said the line.

Lizzie looked back at her, puzzled.

“This kind bottom.” Afiya patted her own rump. “Word means both things. They admired your…bottom.” Afiya couldn’t help but giggle as she repeated the word.

Lizzie understood and sighed. “Well, I guess that’s not the worst thing I’ve ever heard.” In her mind, a little appreciative thought blossomed at still being noticed in that way, at all. She hastily chided herself and kept walking, but her hips now swayed a tiny bit more, nevertheless.

Originally from South Minneapolis, Gene Fournier earned a BA in Philosophy & Literature from St. Louis University followed by a Masters in Film from USC. Gene is a member of the Writers Guild of America west (WGA) and worked as a screenwriter and editor in Hollywood, but sadly, he never got that big break.

Seeking a return to his roots after twelve years in California, he accepted a Director of Media position with a multinational company headquartered in the Midwest. For thirty years he wrote, directed, edited and distributed corporate video programs around the world, managed live presentations, and orchestrated the creative elements for national and international meetings.

Retired now, with his seven children grown, and a dozen grandchildren to distract him, Gene is finally able to write down the stories he’s been carrying in his head all these years.