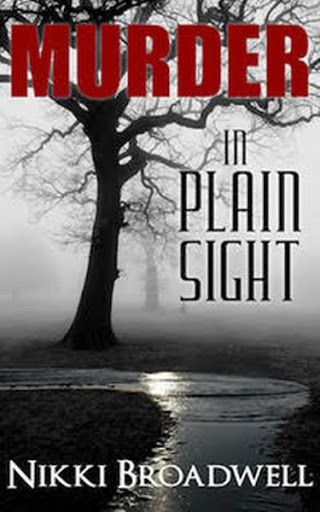 Summer is an amateur sleuth with the hots for a cop on the local police force. And Jerry is on her trail, but not because he wants her body.

Summer is a suspect in a murder investigation.

When Summer dons a wig and sunglasses and disappears, her best friend, Agnes, is worried--will Summer end up being another victim?

Meanwhile Jerry is seen on the news asking her to turn herself in.

Will she heed his warning?

Find out in this fast-paced sexy and humorous thriller by picking up a copy now.

Note to readers: If you are a stickler for police procedures or read a lot of hard-boiled murder mysteries, this might not be the book for you! 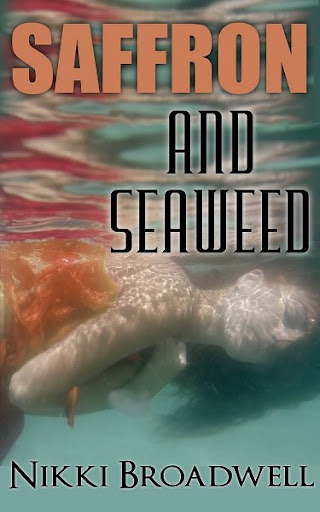 Summer and Jerry’s romantic weekend takes a dark turn when they discover the body of a young woman in the surf.

When the local police deny the crime and the newspaper prints nothing, Jerry and Summer realize they are on their own. But they have no idea how deep they will have to dig to find out the truth. The murder is only a thread in a web of lies that extends to the furthest reaches of political office.

Are Summer’s visions to be the only clues? Jerry doesn’t think so, his focus on good old-fashioned detective work, but when he doubts her psychic abilities the trust between them begins to crumble.

As the days pass, Jerry and Summer come to understand that not only their relationship, but their very lives are in jeopardy. 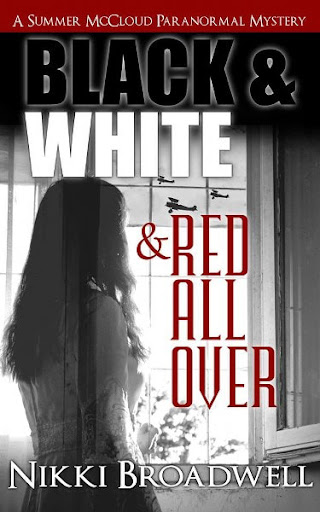 Black and White and Red All Over

A terrible school shooting has the entire sleepy town of Ames in an uproar. Who would do such a thing, and why can’t the witnesses remember any details about the shooter?

When Summer has a visit from a ghost she’s left wondering...could someone long dead actually heft an assault rifle?

Along with the furor over the murders, Summer is falling for Jerry again, despite his obvious deranged state of mind. Add to that the upcoming wedding between Sam and Agnes, and include a smattering of ghosts and possible psychopaths to the guest list, and you have a recipe for disaster.

Summer is in Scotland doing an errand for a ghost. But when she comes face to face with her distant past her world turns upside down.

Finlay Ross McCloud, a ghost in the Ames graveyard, has sent her on this fool's errand, his facts confused. And when Summer discovers the truth she's already in over her head.

Will she succumb to the charms of the handsome highlander she can picture running across the moors in a kilt, or will she pull herself away before it's too late?

Find out in this fast-paced romantic tale of love and loss. 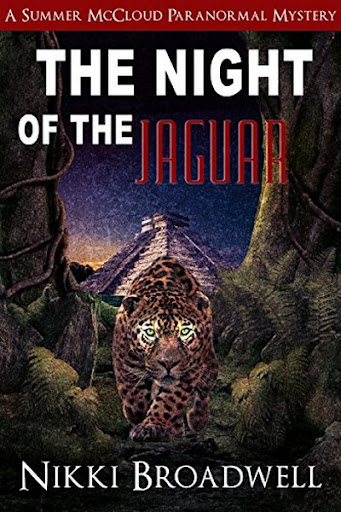 The Night of the Jaguar

A honeymoon without a husband is not so fun.

Akumal is beautiful, but without Jerry, Summer's hopes of sunbathing, margaritas, and rolling around in bed together, are ruined.

But it's the dead body in the cenote that clinches it. Jerry is working on a case that he never mentioned, and Summer is left out-- that is until she decides to do a little sleuthing herself.

Even with the help from ghosts and a jaguar Summer is out of her depth. And when her life is put in in danger it is up to Jerry to save her. Will he make it in time?

Find out by reading this fast-paced supernatural thriller. 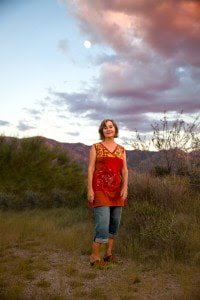 I graduated with a BA in art and English from Sonoma State University in California. I've been an avid reader since I first learned how and a writer from my early teenage years on. I've had several art related businesses, including greeting cards and more recently a silk painting business. When I began to write in earnest I put aside the art, concentrating only on the writing.

I've traveled a lot over the years, finding inspiration wherever I go. Scotland holds a special place in my heart, hence the setting for "The Moonstone". I had to make a 4th trip there to do research as I was putting the book together!