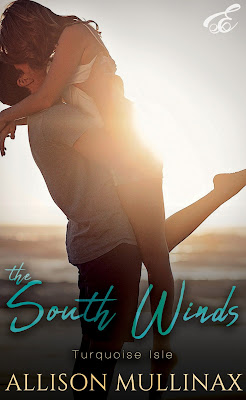 The South Winds by Allison Mullinax


Cassie Ray, manager of her family’s successful oyster house, has never asked for much out of life. The sun, surf, and sand are her companions. The regulars and tourists that flock to The Slippery Oyster are her livelihood. But when the Atlantic kicks up a hurricane, sending waves of black water threatening the coast, Cassie quickly learns that the south winds have blown in a lot more than debris and saltwater.

Dean Alexander left Turquoise Isle eight years ago and never looked back. With his sister’s wedding approaching, and a hurricane churning in the Gulf, Dean returns home, where he’s welcomed with a rip tide of memories determined to pull him under.

Will Cassie and Dean make it through the crashing waves of the past? Will they get a second chance before it's too late or will the storm ahead be too much for them to handle?

Read Chapter 10 from The South Winds:


THE SOUTH WINDS by Allison Mullinax

“I’m not saying you have to marry the guy, Cassie, but why would you turn down abs like that?” Holly looks over her shoulder as she pushes through the doors of the Slippery Oyster. “And those dimples.” She shakes her head, as if that would help it all make sense to her. She can’t see past the charming personality and the looks that could kill, into the train wreck that was our relationship.

“I don’t even know him anymore.” I walk past the hostess area toward my office, Holly hot on my heels. In truth, the years I’d spent with Dean had been mostly filled with a love like I’ve never known. But the last few months—it had been like an atomic bomb had gone off, obliterating everything in the drop zone, my entire world lying in the center of it.

“Well, it seems to me like he sure wants to get reacquainted.” She giggles, readjusting the gym bag slung over her shoulder.

“He’s here for Julia’s wedding. Once he’s walked her down the aisle, he will climb back into his expensive car and drive straight toward to his new life up north. And he won’t look back. He belongs up there now.” Dropping into the leather chair behind my desk, I fire up my computer, seeing who is expected to come in today. I scan the list of employees until I find his name: Tony Balentine. Good. At least I won’t have to call him in to fire him.

“He could have said no to coffee. He wanted to see you. I’ve never seen you with a guy for longer than a couple of weeks. Four years is a long time.” Holly stands in front of the mirror, patting her face with a makeup sponge, looking briefly at me through her reflection. She dips her hands into her makeup bag, pulling out a mascara wand.

“We were just kids,” I say defensively, refusing to make eye contact. I tuck a loose strand of hair behind my ear and click the mouse in various places along the screen. But my mind is elsewhere.

Despite myself, an image of me and Dean standing calf-deep in the ocean flashes to my mind. Along the beach, our friends are laughing around a campfire built from leftover pallet wood found behind my parents’ restaurant. Our fingertips are entwined as we stand side by side, looking out at the moon melting into the horizon. My head rests against his shoulder as his thumb traces circles along the top of my hand. His voice is soft, and deep.

And in that moment, I had believed every word.

We had spent the entire day on the beach with our friends, the majority of us graduating from the junior college earlier that weekend. Everyone had big plans to get out of our town, attend out-of-state colleges, or internships anywhere but here. But Dean and I, we were the ones staying behind. I had my associates in business management, all I would need to help my parents run the restaurant I had grown to love. Dean had pursued a degree in computer science, and on the outside, he’d seemed so happy. We’d been unstoppable, and I’d never seen it coming.

Our friends had shouted at us from the beach, always teasing us, never really understanding how two people could love each other the way Dean and I do. Had. The way we had.

I remember Dean lifting me up out the water, his strong hands under my arms. He pulled me to his lips, kissing me in front of everyone, not caring about the way the guys always called him whipped. He threw me over his shoulder, slapped my backside, and waded through the water back to our friends. 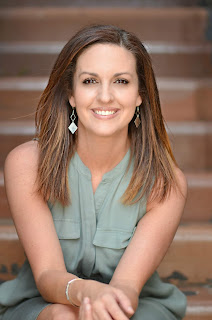