How to Survive a Modern-Day Fairy Tale
by Elle Cruz is now live! 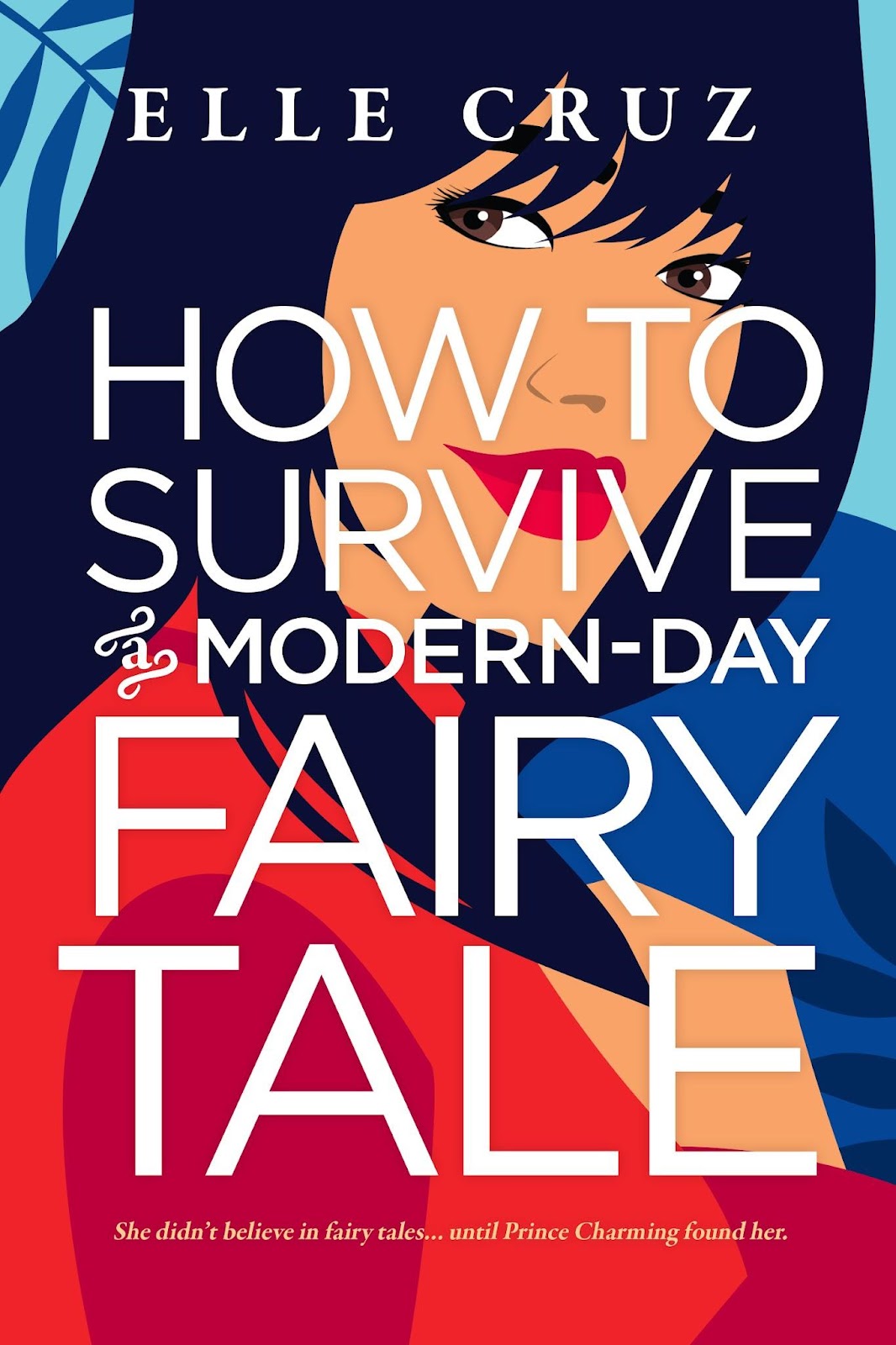 She didn't believe in fairy tales...until Prince Charming found her.

Claire Ventura is nothing like the poised and perfect heroines she reads about in her favorite romance novels. She's a quirky, people-pleasing bookworm with a loving yet obliviously intrusive family and a passion for cookie decorating—all rolled into a five-foot-two Filipina American fueled by chamomile tea.

Then she meets Nate, billionaire CEO of a global tech company, the modern-day Prince Charming who sweeps her off her feet. Though he does his best to convince Claire that he's genuinely head over heels for her, she knows he'll soon realize she's more underwhelming Plain Jane than jet-setting socialite. And once he meets her family, if their initial questioning doesn't scare him off, then their tendency to decide "what's best for her" certainly will.

Between her whirlwind romance with Nate and her meddlesome family, Claire wishes she had a fairy godmother to guide her. But this is the real world in the twenty-first century, and the only way to get her happily ever after is by grabbing firm hold of what she really wants—and letting her heart be her guide.

Sometimes the knight-in-shining-armor you aren't looking for, shows up in the most unlikely place.

How to Survive a Modern-Day Fairy Tale was a great romance with layers, emotions, and insta-love. Claire Ventura is part of a large Filipino-American family. They meddle, they argue, they control, but they also love fiercely. Unfortunately, stuck in the middle of all that meddling, arguing, control and love is Claire. She’s a people pleaser, compassionate, and quirky.

I sometimes felt her family members took advantage of that good heart and people-pleasing personality. Claire has goals, dreams, and wishes but certain family members discount them as silly, hobbies, or no way to survive. Her accidental meeting of Nate Noruta turned her life upside-down. Their whirlwind romance was cute, intense, and steamy. I really found them to click, connect on more than a superficial level.

I loved how Nate brought the best out in Claire. He loved her, encouraged her to follow her dreams, and bent over backwards to be there for her. Yes, he’s a workaholic but he always made as much time for Claire as he could. His character is wonderful and being with Claire just enhanced him and his work-life balance. Unfortunately, Claire continues to get inside her own head. Not a believer in fairy tales, Claire was really hard on herself through the entire book. She questioned by Nate would want to be with her instead of a rich and beautiful socialite.

Nate’s backstory was sparce and he learned all about Claire’s family but never really gave Claire any info about his. When his past is finally revealed, I was disappointed in Nate’s actions, Claire’s actions, and the contribution to their conflict. I wish we would have gotten a more in-depth look at Nate’s family dynamics. I still enjoyed both characters, the story, and the plot.

I felt there was a lot of me in Claire’s character, so I was able to connect with her on many levels in this book. My vibrant, fun, and larger-than-life grandmama spent the last five years of her life with Alzheimer’s disease. I met my husband online, we dated for 1 ½ months before I uprooted my life and moved an hour and a half away to be with him, and we married a couple years later. My personality is similar to Claire’s and I’m a people-pleaser. I loved learning about Claire and watching her evolve throughout the story. 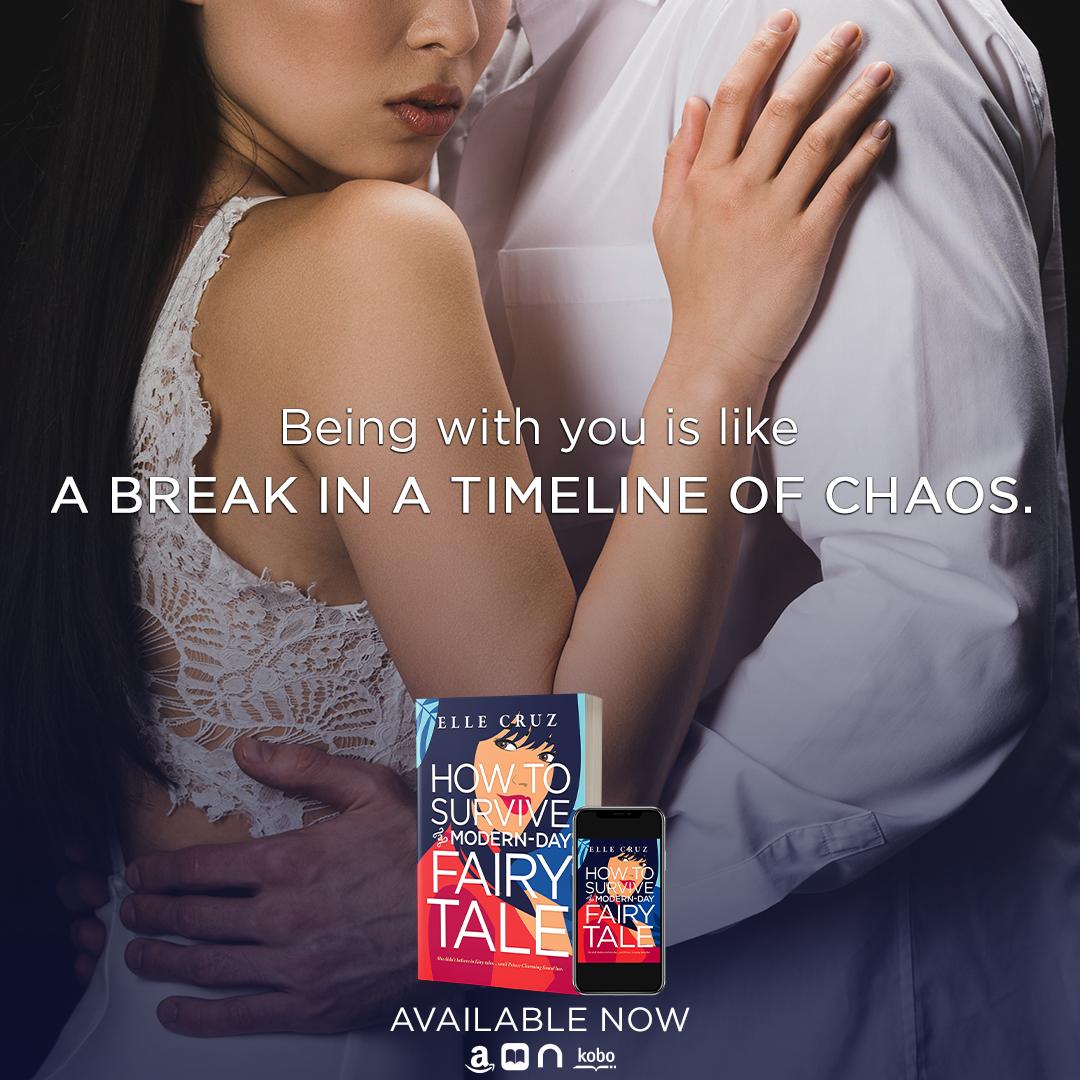 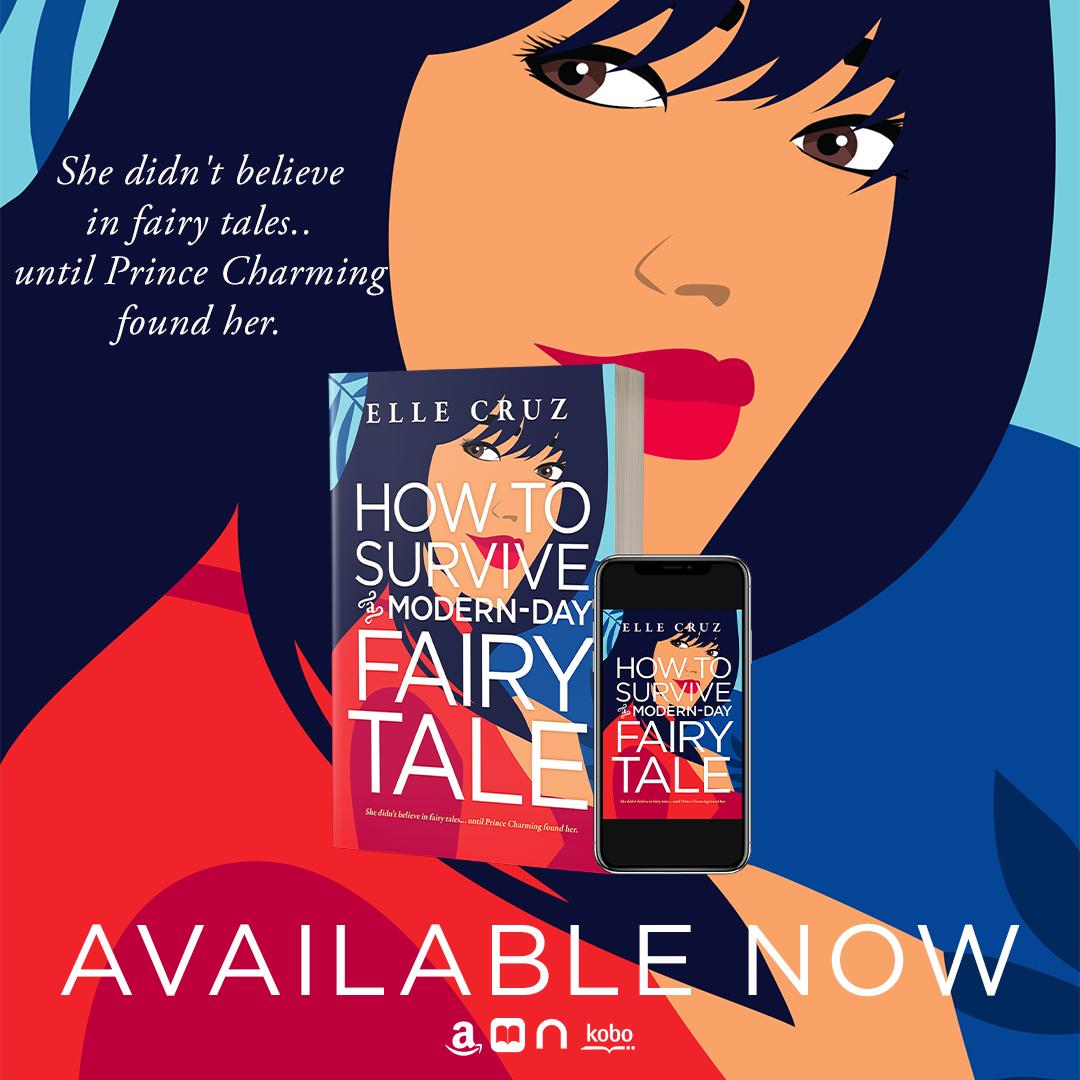 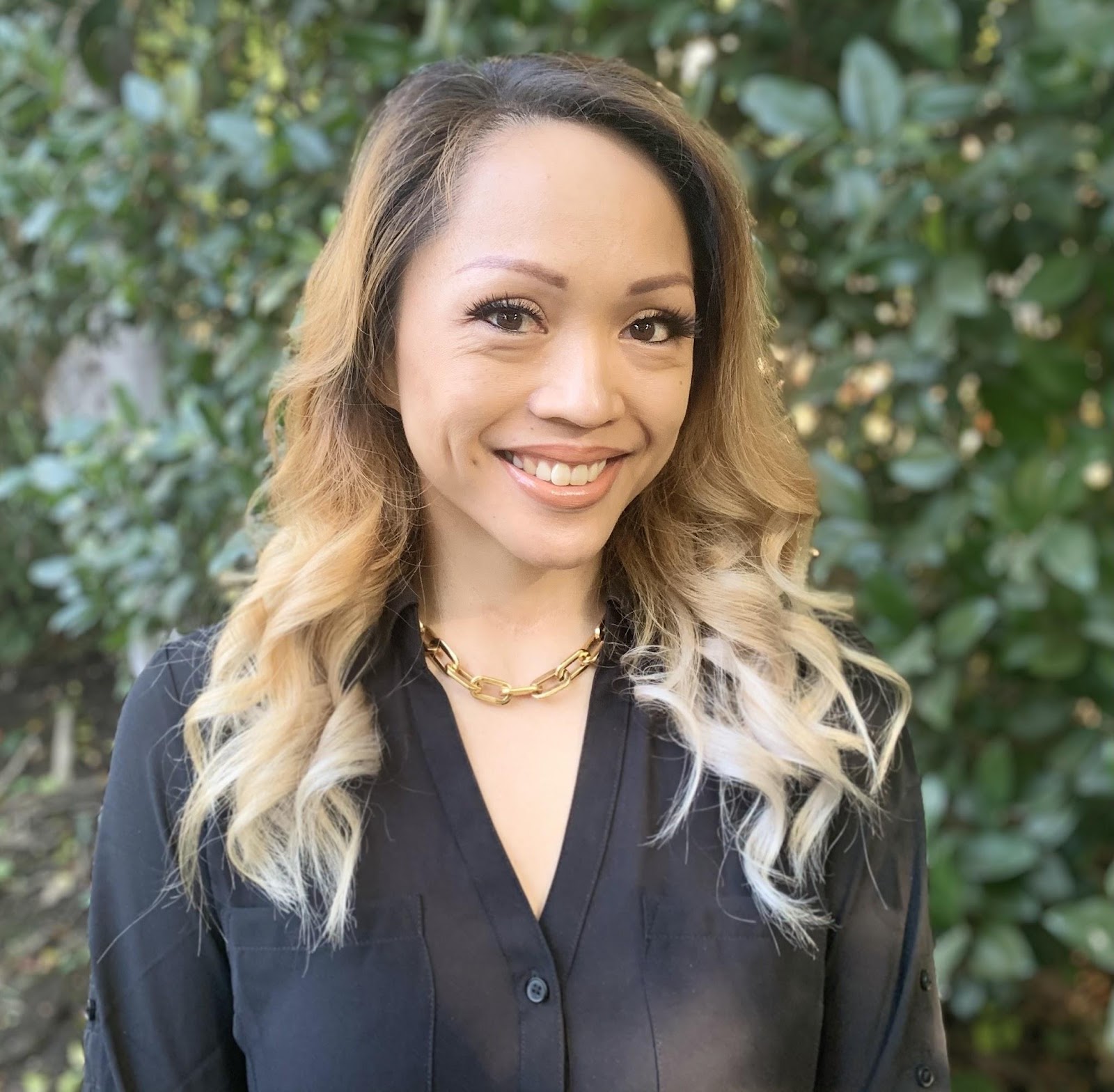 Elle Cruz is a writer of steamy contemporary romance. When Elle was a kid, she'd get in trouble on purpose to be sent to her room so she could read all day long. She thanks her lucky stars that her parents never thought to take books away from her when she was grounded. In a way, it was mom and dad's fault for unintentionally cultivating a voracious reader and writer.

After earning her English degree from UC Irvine, Elle eventually went back to school to become a nurse. Apparently she couldn't get enough of learning because she went to grad school to earn her doctorate degree.

Elle is the daughter of immigrants. She is fiercely proud of her background as a second-generation Filipino-American. She is dedicated to carving out a permanent place for POC in mainstream publishing by contributing her voice to the growing list of diverse authors.

Elle lives in Southern California with her supportive husband and two wonderful kids. When she's not writing, she likes to keep her body guessing with her two obsessions: cookies and working out. 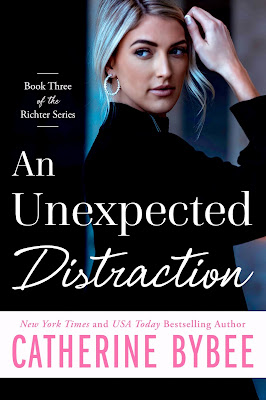 About An Unexpected Distraction:
Jacqueline "Jax" Simon knows how to expose secrets: she's a skilled operative with MacBain Security and Solutions. When Jax hears her parents are divorcing, she races to London to find out why. She's determined to learn the truth, especially when her investigation uncovers why her parents sent her to Richter, The German military school that made her a fighter.
Andrew Craig collects Jax at Heathrow Airport as a favor. He's heard she's a handful, but he didn't know she's dangerously gorgeous too. His instant attraction could change his life...or end it.
Jax doesn't want to fall for Andrew, but soon he's worming his way into her life. Together, they infiltrate Richter to discover if it has returned to its covert purpose: training children to be spied and assassins and blackmailing parents to look the other way. As the attraction between the two intensifies, so do the secrets exploding all around them. How deadly those secrets—and who will survive?
Read an Excerpt:

Andrew stood aside, put his beverage down. “I’ll walk you out.”

Outside the bar, the cold, damp London air snapped her spine straight.

“Where is your car?”

Jax pointed across the street and up toward her brother’s place. “I’m capable of getting there on my own.”

“I would suspect anyone who jumps out of airplanes and plays on America’s military bases is capable of more than crossing the street.”

“Then why are you out here?”

The light turned green and they started walking.

“Your investigation. That’s why Harry asked you to come, isn’t it?”

“Is that what he told you?”

“He told me he needed family reinforcements to get his dad to move out of his flat.”

That sounded like the words her brother would use.

“I have a feeling my father is going to be just as helpful putting this to rest as my mother.”

“He didn’t seem excited to see you.”

“Thank you for pointing that out.”

Andrew paused his step. “I’m sorry. That was insensitive.”

She stopped, turned to look at him. “I’m pretty sure I remember telling you my family was cold. Back when I thought you were a driver who didn’t know them personally.”

They crossed another intersection, and she slowed her pace as the rental car came into view.

She wondered if there was a way for Andrew to help her. “Do you work with my dad?”

He shook his head. “No. I’m in finance, but with the private sector. Hedge funds have no appeal to me.”

“There’s more money in it.” Jax stopped at the car.

“And less quality of life. Look at your brother, he doesn’t have any hair left.”

Andrew reached out his hand.

She looked at it.

He wiggled his fingers as if asking for something. “Your phone. In case you need backup.”

He pointed to his chest. “But only one of me.”

That sounded like a line. But she handed him her phone anyway.

He pressed a button to power it on, then turned it toward her so it would open.

A sly smile sat on his lips as he put in his phone number.

When his phone buzzed, he silenced it quickly, obviously pleased with himself.

Jax narrowed her gaze, saw the same attraction she had the night they’d met. “I’m not here for that.”

“I don’t know what you’re talking about.” His eyes twitched. His smile grew.

Instead of calling him out, she reached for her keys.

He opened the door and waited for her to get behind the wheel “Petrol,” he said.

Jax looked up at him, confused. “What?”

“My last credit card transaction was at the petrol station.”

It was hard not to smile. “You’re an interesting man, Andrew.”

He leaned down with a knowing smile. “You have beautiful legs, Jax.”

She was blushing . . . she could feel the heat in her cheeks.

He closed the door and stepped back. 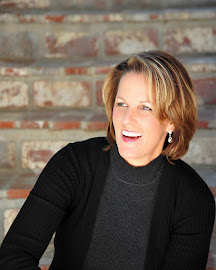 Catherine is a #1 Wall Street Journal, Amazon, and Indie Reader bestselling author. In addition, her books have also graced The New York Times and USA Today bestsellers lists. In total she has written thirty-six beloved books that have collectively sold more than 10 million copies and have been translated into more than twenty languages.
Raised in Washington State, Bybee moved to Southern California in the hope of becoming a movie star. After growing bored with waiting tables, she returned to school and became a registered nurse, spending most of her career in urban emergency rooms. She now writes full time and has penned the Not Quite series, The Weekday Brides series, the Most Likely To series, and the First Wives series. Learn more about Catherine and her books at www.catherinebybee.com 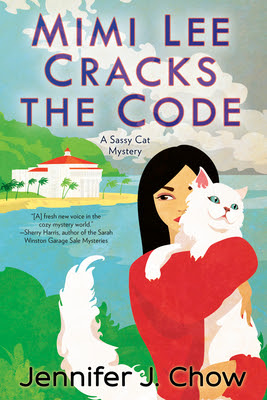 When murder follows Mimi Lee to her romantic island getaway, she puts on her best sleuthing hat with her sassy cat in tow in this adventurous cozy mystery by Jennifer J. Chow.

Mimi Lee just found an extra perk to being a pet groomer at Hollywoof (other than cuddling animals all day long, that is). Pixie St. James, one of Mimi’s clients and the investor behind Hollywoof, has offered her and her boyfriend, Josh, a getaway at her vacation home, nestled on beautiful Catalina Island. With the island just outside of Los Angeles but still far enough from the hustle and bustle, Mimi, Josh, and their cat Marshmallow (who, of course, wouldn’t be caught dead in a dingy pet hotel) are excited for their relaxing stay.

That is, until Pixie’s last renter, Davis D. Argo, turns up dead. Mimi and Josh’s romantic getaway immediately turns into an enormous buzzkill, especially when Pixie asks Mimi for help. The police suspect Pixie, and Mimi knows a thing or two about wrongful allegations. Mimi figures it couldn’t hurt to snoop a little since she’s already there, and soon discovers that a valuable item is missing. Except Pixie isn’t the only one in the neighborhood who has been robbed. There is something strange happening on the island, and Mimi won’t stop until she finds out what it is.