My newest book, Going Down Easy, is a hot, contemporary romance set in one of the sexiest cities in the country: New Orleans. I’ve loved New Orleans since my first visit there in 2011 and have been back multiple times. I fall more in love with the place every time I’m there. There’s just something about the city that I can’t explain but that keeps me coming back. The music, the history, the laid-back attitude, the food…there’s just so much to love. So finally, the right characters and stories came along and it was time to write a series set there. Here's a little bit about my characters and book...

Gabe Trahan: dirty-talking, charming, and a little bit sweet bar owner in the French Quarter. Has lots of friends and close to his family. Has a slow, sexy drawl, panty-melting grin. And a son, Cooper, who is five years old.

Addison Sloan: restoration architect who comes to New Orleans from New York City once a month to consult on a new project with a local firm. Confident, independent (very), smart, sassy. Loves dirty-talk in a slow Louisiana drawl. And jazz. And beignets. And pralines. And pretty much anything related to New Orleans. She’s also a single mom to five-year-old Stella.

How they meet: Addison comes into Gabe’s bar with a friend. The chemistry is immediate. And Addison’s love for New Orleans is obvious. Even the mention of beignets makes her eyes sparkle, she melts when she hears jazz, she loves the café au lait, the horse-drawn carriages—just everything. Gabe’s never been much of a romantic, but suddenly he wants to get that sexy, sweet look on her face as often as possible. (You can actually read all about this in "Easy Going", the prequel novella! Check out Goodreads to find it :)

So whenever Addison is in town they go to jazz clubs, eat all the traditional New Orleans dishes—gumbo, crawfish, pralines—and they take in everything about the city. And Addison gives him a new appreciation for his home town. Though, their favorite place is definitely the balcony on the apartment above Gabe’s bar. For lots of reasons ;) (Did I mention the prequel novella? "Easy Going". Goodreads).

Then, everything changes. Addison is moving to New Orleans to take a permanent job with the firm…and she has no time or energy or interest in a full-blown, all-the-time, same-city relationship.

But Gabe’s not giving up.

He has every intention of using Addison’s weakness for New Orleans and the south “against” her in a huge play for her heart. So how does he do it? Read on for hero Gabe Trahan's Seven EASY(ish) Steps To Woo A Woman in New Orleans:

Start off with reminding her of the sweet stuff about being with you in New Orleans. Send a basket of pralines and Magnolias. Be romantic. Do not mention dirty stuff on the card. Probably.

Turn up the heat. Send her some beignets and an extra bag of powdered sugar to remind her of the night on your balcony where lots of other things ended up with sugar on them. Maybe mention the dirty stuff on the card now. Or again.

Invite her on a horse-drawn carriage ride around the Quarter. Make it impossible for her to say no by sending the invite with a bottle of Pimm’s No. 1 and tell her that there’s going to be a parade at the end. She can’t resist a parade.

Have your mutual friends suggest a night out on the town to her and then surprise her by joining them at Preservation Hall for the jazz show. Make sure you show up just before it starts. There’s no way she’ll yell at you when she can be listening to jazz. She’ll very likely let you stand really close and wrap your arms around her like you’ve done all the other times she’s heard a jazz trumpet. You can say some dirty things in her ear here. For sure.

A few days later, send her a book about alligators. Make sure it’s something her five-year-old daughter will be interested in. A coloring book with alligator trivia would be perfect. Insert a brochure for a swamp boat tour in the book. Text her the next day and suggest you all go on the swamp boat tour together.

After a day in the sun on the bayou with your kids, invite her to a masquerade ball. Be sure to mention it’s at a plantation. And that she gets to wear a ball gown. And a mask, of course. And that there will be mint juleps. She’ll be putty in your hands. This is your chance to do a few dirty things.

In the end, even if some of the other stuff has failed, use the Ace up your sleeve. Show up on her doorstep with a pot of your grandma’s gumbo and tell her that you’re madly in love with her and that if she’ll let you in, she’ll be able to have that gumbo regularly for the rest of her life. No one can say no to grandma’s gumbo.

Read a Going Down Easy Excerpt:

Gabe had sent her flowers.

Addison stood staring at the gigantic bouquet of white flowers sitting on the desk she was using for the day.

“These are magnolias, right?” she asked Elena.

“They are. The state flower of Louisiana.” Elena stroked the petal of one of the gorgeous flowers. “Someone knows your weakness for all things New Orleans.”

He definitely did. Addison hadn’t even needed to read the card to know who the flowers were from. Gabe knew she was a sucker for anything that was traditionally associated with the city. Beignets, bourbon, masks, beads, gas lanterns, and balconies with looping wrought iron railings. For six months he’d been taking her out on the Sunday she was in town and letting her soak up the city. And now she’d gone from associating those things with New Orleans and the unique spirit of the city to associating them with him.

But why was he sending her flowers? That was new. So far, their routine was she showed up at the bar on Saturday night, they spent the weekend together, she left on Monday morning, and then thirty days later, they repeated it all over again. There was no contact in between times. No texts or calls—they didn’t have each other’s number. No letters or gifts—he didn’t have her address. And definitely no flowers.

“See you soon, Gabe,” Elena read from the card. She lifted her eyes, meeting Addison’s. “Gabe? Who’s Gabe?” Then her eyes widened. “Wait. These aren’t from Gabe Trahan, are they?”

Oh, crap. Addison took a deep breath, thought briefly about lying, and then realized there was no real reason to not tell her friend the truth. “Yes.”

Elena’s eyes widened, almost as if she hadn’t expected that answer. “Really? You’ve seen him since that first night?”

Addison rounded the desk and set the folder she was carrying on top of the nearest stack, straightening the pile of already straight files. “Yes,” she said simply. The fewer details she offered, the better, probably.

And then it hit Addison . . . Elena wasn’t just her friend anymore. She was Addison’s boss. Was this going to reflect badly on her? Was a just-when-she-was-in-town affair something Elena would frown upon?

“Which time that you were in town did you have drinks?”

“You’ve seen him every time you’ve been in town since you met him?” Elena asked, clearly shocked.

“Yes. But,” Addison added before Elena could go on, “it’s nothing serious. It’s been . . . a fling. Just a little fun. No big deal. And”—she took a deep breath—“this weekend was the last time. Now that I’ve moved here, I won’t be seeing him anymore.”

Saying it out loud made her heart clench even harder than it had when she’d driven away from him that morning.

As far as flings go, single dad Gabe Trahan is pretty sure that Addison Sloan is his best bet. Once a month, Addison comes to New Orleans and then…It. Is. On. Until Addison returns to New York, it’s just hot, happily-no-strings-attached sex. And beignets. And jazz. But lately for Gabe, it isn’t nearly enough.

Sure, maybe Addison’s gotten a bit hooked on Gabe. After all, who can resist a guy who’s so sexy, so charming, and so…available? But maybe he’s too available for her right now. Addison’s just moved to New Orleans, and relationships are definitely off the table. Besides, guys always bail when they learn her secret: she’s a single mom.

Only Gabe’s not running. Worse, he’s thrilled. But Addison never signed up for ever-after romance, and Gabe won’t settle for anything less. Now it’s a battle of wills—and when it comes to the woman he’s falling for, Gabe isn’t above playing a little dirty. 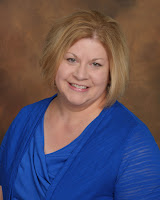 New York Times and USA Today bestselling author Erin Nicholas has been writing romances almost as long as she’s been reading them. To date, she’s written over thirty sexy, contemporary novels that have been described as “toe-curling,” “enchanting,” “steamy,” and “fun.” She adores reluctant heroes, imperfect heroines, and happily ever afters.