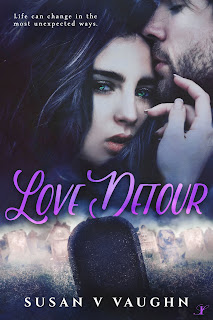 Tagline: Life can change in the most unexpected ways.

Ashlyn Montana had encountered ghosts her whole life, but none more charming or irresistible than Bob Abbott. From the moment the fatherly figure floated into her life, she knew she met a friend she could trust. Pressured by her family to marry young, Ashlyn takes Bob’s advice and goes on the run in disguise. But when he talks her into taking a job in Breaker Creek as a farm boy named Al, she becomes suspicious. Did her ghostly pal lead her to freedom, or entangle her into his past?

Hunter Abbott had no idea what he was getting into hiring the clueless and scrawny farm boy, Al. But he felt for the kid. There was a time he was once a lost boy looking for a place to belong, until his Uncle Bob took him under his wing. But when Hunter tries to help guide Al into a farmer it leads to a shocking discovery. His new hire is hiding an unbelievable secret. And Hunter is about to face a reality he never thought possible.

Can the two people Bob Abbot loves most, find love as they work to solve the mystery of his murder?

“Man it's chilly in here,” Hunter said suddenly, walking over to shut the window. “Must be a cold front coming in.”
“It is not a cold front,” she told him, standing up with renewed confidence. Bob was here. She wasn’t alone. She could convince Hunter she was telling the truth.
He gave her a strange look. “How do you know?”
“Because Bob is here,” she announced. “And when Bob is nearby it gets colder.”
Hunter stared back at her, his expression unreadable. “Don’t lie to me, Ashlyn. It will only make everything between us worse.”
“I’m not lying.” She reached out and ran her hand up his arm, feeling his goose bumps. “See how cold you are? That’s because your uncle is standing right here.” She gestured to the left of them with her free hand. “Right in this room.
He took a step away from her touch and shook his head. “I don’t believe you.”
She lifted her chin, pretending his retreat didn’t hurt. “Then I’ll prove he’s here.”
“How are you going to do that?” His eyes darted to the left of them, looking spooked. Hunter said he didn’t believe her, but his nerves were visible.
“Ask me something only Bob would know,” she challenged, looking him in the eye. “And I will tell you his answer.” 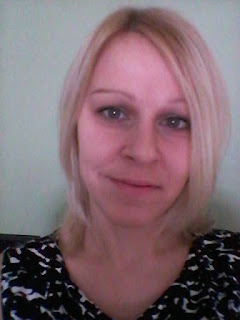 Romance Author, Susan Vaughn understood the meaning of sarcasm before she could walk. Her childhood in the suburbs of Detroit was spent mainly trying to outwit her six creative siblings. When she wasn’t working on the next soul-crushing jab, she sharpened her imagination on romantic literature and day dreamed about her knight in shining armor.

It didn’t take long for this hairdresser by trade to turn her passion for reading romances into writing her own unique love stories. Susan lives her life finding laughter in all situations, and delights in marrying sarcasm with romance to create realistic falling-in-love stories in the unlikeliest of scenarios.

Susan lives on the shores of Lake Huron with her real life knight in shining armor and enjoys watching their three children learn the art of sarcasm and wit. 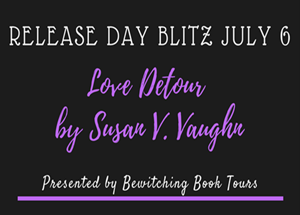