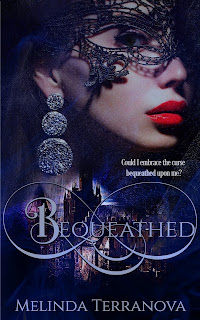 Tagline: Could I embrace the curse bequeathed upon me?

Katalina is haunted by graphic nightmares in which she bathes in the blood of violently murdered young girls. Sent to Rome to visit her aunt, she discovers her family’s grim past. A past that involves a secret curse that catapults the women in her family down a path of eternal darkness-a curse she wants no part of.

In the romantic surrounds of Rome, Katalina finds herself inexplicably drawn to the secretive and broody Dominic, and their holiday romance flourishes. When Katalina forms an unlikely friendship with the dangerously charismatic vampire Toby, she finds herself in a tangle of violent secrets and crossed alliances.

Now that she is exposed to a world her mom and grandmother fought hard to keep her from- a world brimming with royal vampires, powerful witches, and dangerous hunters-Katalina must choose her fate or lose her heart forever.

“Have you heard the grim fairy tale?” A deep voice from behind me echoes around the room.

I spin on my heels and Toby is standing in the doorway, the only exit available. I feel trapped. A sudden sense of danger saturates the darkened room.

His gaze is fixed on me, eyes glistening in the small amount of light that seeps through the window.

“I have heard she still roams these parts on occasion.” He takes a step through the door.

“Did you follow me?” I step back as he steps forward.

“Would it bother you if I said yes?” He pauses for a moment before he stalks toward me.

I stand my ground knowing fully well that I shouldn’t fear him; he has saved me twice now from other vampires.

“Would it bother you?” he repeats.

I stare up at him. His face truly resembles a vampire; his skin is translucent in the dim light and his pupils are dilated.

“Why? Because that’s just weird.”

“What if I told you that I can’t stop?” he whispers.

Alarm bells ring in my head and I look at the door behind him.

“I won’t hurt you, Kat. Don’t be afraid.” His voice has turned to velvet.

He steps closer to me and his proximity is dizzying. I can see the vein in his neck pulsing and the dark danger in his eyes as he stares at me through black lashes.

“Aren’t you? Your heart rate seems to disagree with you.”

I swallow the lump in my throat. “I’m going back down to the festival.” I step around him, and as I pass, he takes my hand in his. His skin is cool and smooth. His touch alights me with anticipation. I turn to look up into his beautiful face, confused as to where this exchange is leading. His carnal gaze sets me on fire.

Leaning in to whisper in my ear, he inhales. His voice changes from a purr to something deeper, more dangerous. “Do you know what it takes for me not to taste you? Your sweet blood sings to me. I am possessed whenever I am near you. I seek you out and resist the urge to hunt you, like the predator I am. It is a game I play unbeknownst to you.” His breath tickles my neck.

“You don’t have to be afraid of me,” Toby whispers against my cheek before I feel a gush of wind and he is gone. 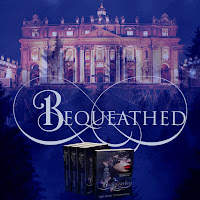 Melinda resides on the sunny Gold Coast, Australia with her husband, two boys and two dogs. When she is not writing or reading, she works as a registered nurse. Her other loves include: coffee, tea, delicious pastries and the beach. 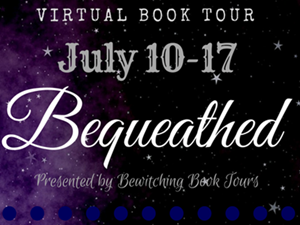