This post is part of a virtual book tour organized by Goddess Fish Promotions. Jane Routley will be awarding a $25 Amazon or Barnes and Noble GC to a randomly drawn winner via rafflecopter during the tour. Click on the tour banner to see the other stops on the tour. 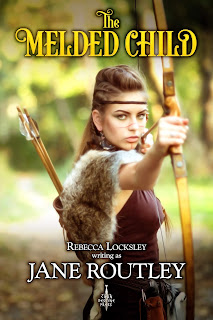 For ten years the peace negotiated by the Tari has held firm. But greedy eyes watch in the distance, coveting the peaceful lands of Yarmar and even the Tari themselves. A new demon master rises bringing pollution and violence. When Yani the Raven is kidnapped, sorceress Marigoth and her companion Ezratah are drawn to Armaya and a trap set by a brutal necromancer and his insane sister. Meanwhile Elena Starchild’s daughter Alyx, heir to the throne of the Mori finds herself wounded and on the run in a forest full of dark magic. And in the company of a bitter Mirayan enemy.


Can the insular Tari dreaming in the secret land of Ermora be awoken before the demon fire consumes them? And can a Melded Child bring harmony in clasped hands before it is too late?

Mortal enemies Alex Verday and Serge Madraga are in the land of Ernundra seeking the help of the powerful mage race, the Tari, in their fight against a powerful necromancer.

“What a good idea,” said Jerandine. She put her hands on a big earthenware teapot and there was the sound of water being poured. A moment later, fragrant smelling steam came out of the pot’s spout.

Impatience gripped Alyx. Every day death angels attacked the Red Seagani and Sweet Life only knew what was happening to her mother. Yet here they were sitting round watching these layabouts discussing the best tea to eat with honey cakes.

“If they’re not going to help us, we should go,” she hissed at Serge.

“Let me ask them about Olga before we rush off. And we might as well eat. We haven’t had anything since midnight.”

He took a cake and bit into it carefully.

Alyx bit into one. He was right. Warm syrupy honey filled her mouth with sweetness. Every other thought suddenly receded.

“Have some tea,” said Jerandine. “I’ve cooled it for you. It should be just right.”

Alyx accepted the cup and took a sip. It’s delicious warmth filed her with a relaxed golden feeling. Just the right temperature. Thirstily she drank it down.

As she puts down her empty cup she has an odd sense that there is something she is supposed to do. She can’t seem to remember what it is. Does it matter? Probably not!

She smiles at the young man sitting beside her. What is his name? Serge? That’s it. He smiles back at her. A delicious shyness fills her. He is very handsome.

Purchase Your Copy from Amazon: https://amzn.to/2MSpyNl 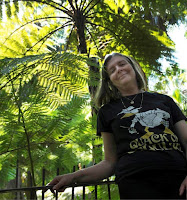 I write historical fantasy with feisty female characters and four of my books have been published Harper Collins, U.S. Two of them won the Aurealis award for Best Australian Fantasy in their year. The Dion Chronicles have now been reprinted in ebook format from Clan Destine Press and in paperback from Ticonderoga Publications. The Three Sisters and The Melded Child are now available from Clan Destine Press in Ebook and from Bernarra Press in hardcopy.

I was born and live in Melbourne, Australia


a Rafflecopter giveaway
at 3:30 AM