Gone Too Deep by Katie Ruggle
My rating: 5 of 5 stars
Amazon

In the remote Rocky Mountains, lives depend on the Search & Rescue brotherhood. But in a place this far off the map, trust is hard to come by and secrets can be murder...

George Holloway has spent his life alone, exploring the treacherous beauty of the Colorado Rockies. He's the best survival expert Search and Rescue has, which makes him the obvious choice to lead Ellie Price through deadly terrain to find her missing father. There's just one problem-Ellie's everything George isn't. She's a city girl, charming, gregarious, delicate, small. And when she looks up at him with those big, dark eyes, he swears he would tear the world apart to keep her safe.

With a killer on the loose, he may have no choice.

Ellie's determined to find her father no matter the cost. But as she and her gorgeous mountain of a guide fight their way through an unforgiving wilderness, they find themselves in the crosshairs of a dangerous man in search of revenge. And they are now his prey... 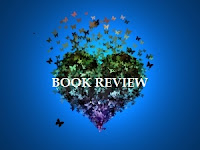 When Chicago resident Eleanor “Ellie” Price receives a frantic phone call from her estranged father, his paranoia has her hopping a plane to Denver, CO. Her father, Baxter, is positive men are after him with murderous intent over something he doesn’t know about. Ellie is certain it is just his mental illness talking but she knows she needs to find him and convince him to seek help – even if it involves a long trek through treacherous snow covered mountains to search her grandfather’s cabin for her dad. Ellie can’t do it alone though. Her urban skills will not get her to him. Upon arriving in Denver Ellie immediately rents a car and drives to Simpson, where the cabin is located. She miraculously enlists the aid of George Holloway, member of the search and rescue (SAR) team, and famously recognized as the man who doesn’t talk – to anyone – ever. That is, until Ellie arrives and shakes up his world.

I’ve loved this series since the first book, On His Watch. The suspense and romance are nicely blended in this action-packed series. The imperfect couples in each book are perfectly matched. Ellie and George made me so happy in Gone Too Deep. Their chemistry is instantaneous and off the charts. She was able to do what no one had been able to do in a long, long time – get George to talk, converse, and open up to another person. The majority of the book is just George and Ellie and their quest to find Baxter, however, they face a lot of dangers that had my sitting on the edge of my seat. I was fully engaged in their story.

We get a little bit of back story concerning Ellie’s childhood and relationship with her dad. We also get a glimpse of her mother who, as far as I’m concerned, didn’t do her daughter any justice by refusing to support Ellie’s interest in her father. Sometimes it only takes attention from a special person (Ellie) to get someone on the brink (Baxter) back on the trail. The author also provides some background for George but not a lot. Why George doesn’t talk to anyone really isn’t addressed. Is it because of being on his own for so long? How can you be on the SAR team if you don’t talk? Having those questions though does not detract from the story. They are just observations. Maybe they were discussed and I missed them because I was anxious to keep reading.

I enjoyed the frequent revisits to some of the characters from previous books. They are, after all integral to the entire series. Each of their stories contain events that are important to the next book. I highly recommend that you read the series in order. And the ending of Gone Too Deep?? Holy cows. I did NOT see that coming! What a buildup through the previous books and a bomb drop at the end of this book!

Katie Ruggle's Search and Rescue series is phenomenal. The world building and character development in each book is extraordinary. I love the connection between Ellie and George. Their backgrounds, lifestyles, and living arrangements are vastly different from one another, yet, as the story progresses so does their attraction to each other. The chemistry between Ellie and George is unmistakable and their relationship evolves kind of quickly yet realistically. The romance is one of several key themes but it doesn't overshadow the seriousness of the events that unfold in Ellie and George’s world - worlds that may seem distinctly different but get entangled into one giant mess. Katie Ruggle does a superb job with these characters not only with their romance but with the struggles each faces in Gone Too Deep.

Katie Ruggle's writing style is wonderful; her worlds just flow across the pages smoothly, easily, and powerfully. I was engaged immediately and the content kept me focused. There are several themes weaved throughout the story, keeping the book from becoming stale, but not so much that the reader feels confused or overwhelmed. The characters were well developed and Ellie and George are really likeable and realistically written.

I highly recommend this series to anyone who loves romantic suspense!