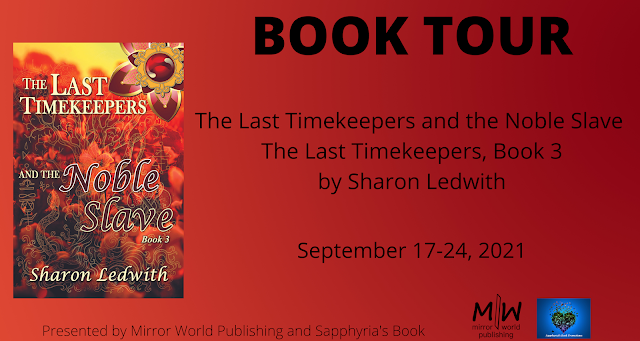 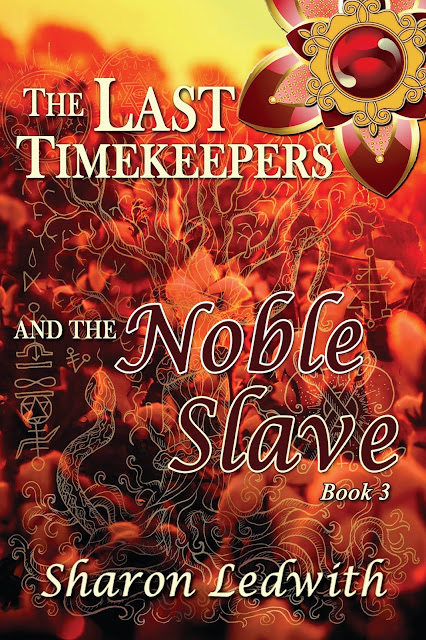 Voodoo is the product of the slave trade (principally in the Spanish and French colonies in the Caribbean), and derives from vodu, meaning spirit or deity in the Fon language of Dahomey, now part of Nigeria. Creole slave masters in the New World translated the word into vaudau, and eventually became known as voudou, voudoun, vodoun, voodoo, and hoodoo. Whites forbade their slaves to practice their Voodoo religion on pain of torture and death. Any slave found possessing a fetish (sacred objects such as dolls, carved images, animal teeth, claws or bones) was to be imprisoned, hanged, or flayed alive. Seems like the equivalent of the Spanish Inquisition, don’t you think? 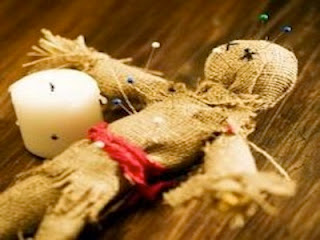 To save black souls, the masters baptized the slaves as Catholics. Tribal deities took on the forms of Catholic saints, and fetishes were replaced by Catholic statues, candles, and holy relics. Voodoo therefore consists of both traditional West African beliefs blended with local variations, and also of various magical techniques employed to achieve certain ends, including the descent of the gods into individual worshippers to give oracles and to provide protection. These magical techniques are known as Obeah.

There are many theories about the origins of Obeah, even the word itself. There are many words in many West African languages that have ‘obi’ or ‘obea’ in theme that are connected to mysticism. Since many Igbo people were taken to the West Indies as slaves though, the term most likely originated from the Igbo word ‘obia’ which means working as a healer or doctor. Some call it sorcery or witchcraft, however unlike some western forms of witchcraft, it also does not come from an attitude of the Spirits serving the person, but the person serving the Spirits. Obeah practitioners would consider it unthinkable to summon a demon and give it orders as if it was obligated to obey. Like any Voodoo practitioner, if they’re calling on a Spirit, they follow the proper procedure, approach with humility, and do not show up empty handed. 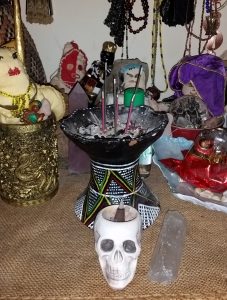 In the third instalment of The Last Timekeepers time travel adventure series, The Last Timekeepers and the Noble Slave, my character Henri is a mulatto slave driver who’s originally from Louisiana, and practices Voodoo. Louisiana Voodoo (a.k.a. New Orleans Voodoo) developed within the French, Spanish, and Creole population of the U.S. state of Louisiana. It is often confused with—but not completely separable from—Haitian Voodoo and southern Hoodoo (folk magic). Henri’s practices differ from Voodoo in the emphasis upon his use of Gris-Gris (charm bags filled with magical powders, herbs, bones, feathers, and so on) and Voodoo dolls to control and manipulate the plantation slaves.

In contrast, another character—a slave from Jamaica named Eilish, practices Obeah. She embodies what it is to be ‘Obeah’ and believes no human is stronger than Nature itself, and that every action has consequences. Her biggest belief? Don’t do bad things to people. That’s it. To the Obeah, when you do bad things to people, you put a wound on your soul. Even in the scientific sense, harming others damages you psychologically. So the more wrong you do to others, the more vulnerable you become to the dark forces of Nature.

Speaking of dark forces, those who worship Voodoo may not all practice black magic, but darker aspects of Voodoo do exist. A practitioner known as a bokor is more involved in sorcery than healing, and their greatest fear is not a death curse but zombification. Now that’s what I’d call some badass karma! In the end, if you do your best to make up for your wrongs, you will be blessed in other ways. You will at least have peace and be stronger for what you have learned.

About the Book:
Eleven-year-old Drake Bailey is an analytical thinker and the genius of the Timekeeper crew. However, no logic or mathematical acumen can change the color of his skin, or prepare him for this third Timekeeper mission in antebellum Georgia. To survive, Drake must learn to play the role of a plantation slave and when confronted with the brutality, hatred, and racism of the deep south, he’ll have to strategically keep one move ahead of his sadistic captors to ensure his lineage continues.
In a dark world of Voodoo, zombies, and ritualistic sacrifice, the Timekeepers must ensure a royal bloodline survives. Can Drake remove both literal and figurative chains to save both himself and a devout slave girl from a terrible fate? If he can’t summon the necessary courage, humanity could stand to lose one of its greatest leaders.
Book Details:
Genres: Young Adult, Time Travel, Fantasy
Page Count: 244 Pages
Publisher: Mirror World Publishing
Release Date: September 17, 2021
Follow the Tour to Read Exclusive Excerpts, Guest Posts, Reviews, and Spotlight Posts:
https://saphsbooks.blogspot.com/2021/09/book-tour-schedule-last-timekeepers-and.html
Read an Excerpt:

Drake read over their Timekeeper mission again. Blood. Deep south. Race. Broken. Soul. Red flags waved through his mind like a category five hurricane. He’d seen one too many movies and documentaries to know 1855 was not a great time in history for people with his skin color. Drake shut the Timekeepers’ log, and shook his head vehemently. “There’s no way in hell I’m gonna go on this mission, Lilith!”

Lilith wrinkled her long, narrow nose. “I understand why you have these fearful feelings, Drake, but I do not choose where you go into the past. Belial is the one who holds that power, and seeks to disrupt history whenever he sees a chance.”

“May I see the Timekeepers’ log, Drake?” the Prof asked.

“Sure, Prof, but I’m still not going,” Drake replied, passing the log over.

“Can he do that?” Ravi asked, glancing at Treena.

“I don’t think so. It’s like signing a contract for a movie. You’re committed to finishing the film or you face the studio lawyers. Case closed, gavel down.”

“No, Ravi, I am not your judge, but what Treena said rings true. You were all chosen as Timekeepers for a reason, and are bound by this covenant,” Lilith replied, unclasping her hands. “That is all I can offer you.”

“Drake, why are you freaking out like this?” Jordan asked, helping Amanda to her feet. “It can’t be as bad as fighting the Nazis in our second mission.”

“Yeah, or being interrogated in the Gestapo Headquarters by Belial’s creepy crony Marcus Crowley,” Ravi added.

“Why don’t you ask Amanda why she puked? It wasn’t because she had warm and fuzzy feelings about this mission,” Drake argued.

Professor Lucas whistled. “Now I see why Amanda was sick to her stomach. Using the words deep south and the date as a clue, this mission puts us in the antebellum era, six years before the American Civil War began. This period was filled with so much hate, racism, turmoil, and political upheaval, I’m willing to bet these emotions went right through her.”

“If Uncle John is right, why would Belial want to change anything back then?” Jordan asked, frowning. “That slithering douche-bag lives for human suffering during those dark times in history.”

“Exactly.” Drake removed his Babel necklace. “So why tempt fate?”

“N-no, Drake, you have to come.” Amanda reached for his hand, and squeezed it. “Trust me, you’re an important part of this mission.” 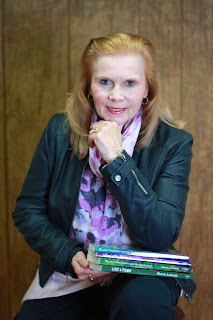 Sharon Ledwith is the author of the middle-grade/young adult time travel adventure series, THE LAST TIMEKEEPERS, and the award-winning teen psychic mystery series, MYSTERIOUS TALES FROM FAIRY FALLS. When not writing, researching, or revising, she enjoys reading, exercising, anything arcane, and an occasional dram of scotch. Sharon lives a serene, yet busy life in a southern tourist region of Ontario, Canada, with her spoiled hubby, and a moody calico cat.