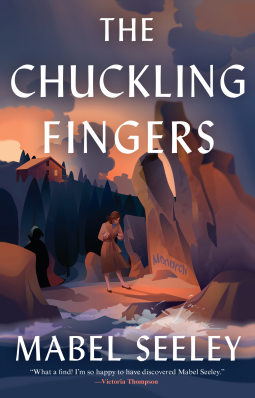 Rediscover one of the great mystery authors of the twentieth century in this Depression-era tale of a wealthy family's dark secrets turned deadly on their secluded lakeside estate.
An urgent note from a friend spurs Ann Gay to visit her recently married cousin, Jacqueline Heaton. Upon her arrival at Fiddler's Fingers, a remote, pine-grown estate on Lake Superior, Ann immediately senses her cousin's fear—someone has been playing increasingly malicious tricks on the Heatons, a proud family of Minnesota lumber tycoons, and worse yet, they seem determined to frame Jacqueline.
Ann quickly resolves to take Jacqueline and her young daughter, Toby, away from the danger. But what began as seemingly trivial pranks—ruined clothes, a burnt bed, a smashed boat—escalates to direct attacks and ultimately murder. Dangerous waters crash against the finger-like rocks on the lakeshore, making a sound like a guttural chuckle, one that seems to mock the murder that took place there—but no one is laughing when everyone on the estate becomes a suspect. Potential motives are revealed as Ann learns more about the Heaton family, and with no chance of anyone leaving Fiddler's Fingers until the killer is caught, Ann realizes that the only way to prove her cousin's innocence is by snaring the murderer herself.
The trap is set; with herself as bait, Ann's door creaks open in the night as a cloaked figure moves silently toward her bed....
ASIN: ‎ B08SWGS7LN
Publisher: ‎ Berkley
Publication Date: ‎ September 7, 2021
Print Length: ‎ 331 pages