An Untidy Affair: A David Blaise Mystery by MB Dabney

About An Untidy Affair: 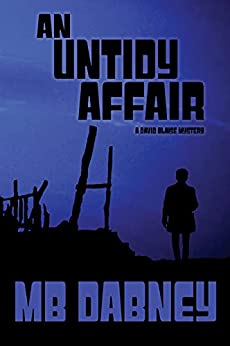 Struggling Philadelphia private eye David Blaise gets two routine but unrelated cases on the same day in May 1985 – the day city police firebombed the MOVE house, which killed 11 people and destroyed an entire neighborhood. When Blaise starts following a cheating husband and searching for a missing person who may not actually be missing, he also discovers his cases may be related, and that he is being followed. When his tail is murdered, implicating the P-I, Blaise must find the true killer before he is literally buried alive. 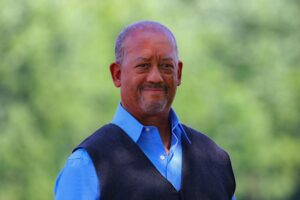 MB Dabney is an award-winning journalist whose writing has appeared in numerous local and national publications, such as Indianapolis Monthly, NUVO, Ebony magazine, Black Enterprise.com, the Indianapolis Recorder, and the Indianapolis Business Journal. A native of Indianapolis, Michael spent decades as a reporter working at Business Week magazine, United Press International and the Associated Press, the Indianapolis Star, and The Philadelphia Tribune, the nation's oldest continuously published Black newspaper, where he won awards for editorial writing. He has co-edited two anthologies -- Decades of Dirt: Murder, Mystery and Mayhem from the Crossroads of Crime; and MURDER 20/20 -- and has published numerous short mystery stories, including Miss Hattie Mae's Secret (Decades of Dirt) , Callipygian (The Fine Art of Murder), and Killing Santa Claus (Homicide for the Holidays). An Untidy Affair is his first novel.· The father of two adult daughters, Michael lives in Indianapolis with his wife, Angela.