HOW TO WRITE A SHORT, SHORT STORY IN UNDER AN HOUR by Dennis Roth, Author of The Bastard's Inheritance (The Bastard's Trilogy) ~ @DennisRothAuth 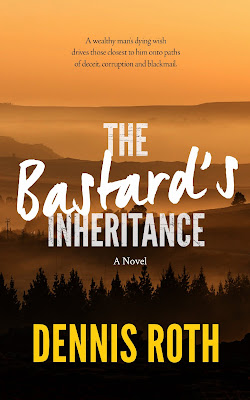 HOW TO WRITE A SHORT, SHORT STORY IN UNDER AN HOUR

Have you ever Googled “How to write a short story?” and been confused by the recommendations?

Have you gotten advice to find a great character or an interesting setting, or an exciting plot with lots of conflict or a thought-provoking theme?

You aren’t told how to discover that character or create such a plot and YOU’RE STUCK.

Starting a Short, Short Story requires none of the above. All you have to do is write. It’s that simple.

THE FIVE FUNDAMENTAL PARTS OF STORY

First, you need to know that stories generally consist of five fundamental parts. They may not be presented in the order shown below and some may be more developed than others. However, they are all necessary for a complete story.

Characters: The people in the story.

It’s true that sometimes animals can be anthropomorphized to seem to be people. And sometimes the villain in a story is non-human, for example, the weather. But even in that case, the weather is generally given a motive, which, of course, it doesn’t really have.

Setting: The time and place where the story takes place.

Readers need a place and the time in order for them to feel grounded. Not  presenting place  and   time,  leaves  the   reader   feeling uncomfortably lost.

Plot: A sequence of events.

What’s happening? If nothing, then there is no story. The piece may be a beautiful poetic description of a place and at a particular time. It may have wonderful rhythm and rhyme, but if nothing happens, it is not a story.

As humans we need conflict for life to be interesting. There doesn’t need to be blood and guts or yelling and screaming. The conflict can be as simple as a person struggling with an internal dilemma.

For example, an old man can’t find his glasses. He has a problem without a solution. That’s  conflict  and  how  he   resolves  it  could  be the seed of a story.

Stories can have a moral or hidden meaning and these are often recognized as themes. But the theme doesn’t have to be obscure nor about right and wrong. It could be, for example, a person’s pursuit of love which makes us think about love rather than the search. Without a theme, a story will be simplistic and lacking in depth.

These five elements form the skeleton on which a story is constructed. Without them, we don’t have much of a story. We just have words. So, what to do? Read on.

WHAT YOU NEED TO WRITE A SHORT, SHORT STORY

Actually, the list of tools is not long and it’s quite inexpensive.

The use of a computer or some paper and pencil.

An hour’s worth of time.

The willingness to learn.

Before  logging  on or picking up a pencil, we must settle our minds and point them in a useful direction. Do these three things:

Get rid of any negative thoughts.

Now with our tools at the ready and a fresh mind we can begin. Below, you’ll

find my example shown in italics.

Pick two people and name them.

A man and a woman. Dick and Jane.

Pick a place for them to be together.

Create a simple verbal conflict in two sentences where both characters want the same  thing  or  one  wants  something  and  the other tries to stop that from happening.

“Thanks for having dinner with me,” Dick said.

Create the Plot by adding two sentences about the events surrounding the Conflict.

“I’ve been wanting to get to know you for a long time,” Dick said.

“I shouldn’t have listened to my mother,” Jane said.

The Conflict of the story can be resolved in one of three ways.

The conflict is resolved in favor of one or the other person.

The conflict is made worse.

“Let’s do this again some time,” he says.

“Probably not,” she says.

Believe it or not, you have a small, thin story with the five fundamental parts. Now we must expand the parts to give body and life to the story.

Provide a description of each of the characters making them unusual, remarkable or interesting in some way (one or two sentences).

Add a description of the setting that is also unusual or remarkable.

Add to the events surrounding the story.

Here is my expanded example. Read through it to recognize the fundamental parts.

Dick could not have been more nervous. The sweat ran down his chest, soaking his shirt. He concentrated on his words. He hoped his stuttering wouldn’t overtake his speech. Jane arrived at the restaurant overdressed in an elegant evening gown, long white gloves and an oversized zirconium brooch. “You have to impress your date,” her mother had insisted.

Dick picked Alfredo’s Pizza Place as a great place for a first date. Not too fancy, not too expensive, not too noisy. The overhead fluorescent light might have been a bit too harsh, but none of his previous two dates had objected.

Surprise filled Jane’s face as she stopped at the entrance to Alfredo’s. The heat from the pizza oven overwhelmed her. She shook her head in disbelief as if she were walking into a big mistake.

An older man, at least 40, stood and waved her to the seat at his table. “I’ve been wanting to get to know you for a long time,” Dick said.

The pizza arrived and the server placed a few extra paper plates on the table along with the pizza.

He looked into her baby blue eyes. She seemed unhappy.

“Aren’t you hungry?” he asked.

“I shouldn’t have listened to my mother,” Jane said. She stood and

walked toward the exit.

“Let’s do this again some time,” he said.

“Probably not,” she said to the refreshing air outside as she marched out of the restaurant.

In about 250 words, we have discovered more about the characters either stated or implied. We know where and when the action takes place. We see the basic plot of these two people meeting for the first time and what happens. The conflict jumps out at us as the events unfold. The resolution is clear and precise.

It’s not a great story but it’s a start.

Read through your piece, maybe twice.

Take a few minutes to think about each of the parts.

How does each part need more work?

Write your ideas down for those improvements.

RE-WRITE AND TITLE YOUR STORY

Add your improvements and watch the story grow right before your eyes. In the process, notice that your original broad idea that we seeded in the beginning starts to appear. Or perhaps another idea has emerged. This is the theme.

Your story has probably doubled in size, but more importantly, the fundamental parts have solidified.

In front of you is a decent first draft. Now you can create its title.

You’ve now written a short, short story with characters, setting, conflict, a plot, a resolution and a theme.

In the 1970s, in western Pennsylvania, a multi-millionaire’s singularly selfish decision destines his two sons, half-brothers, to wage war in a winner-take-all battle for the family legacy.The father, wealthy Henry Molnar, shares a secret with his lawyer and best friend, Murray Applebaum; a secret so damaging and powerful that neither has ever dared to reveal its truth. But the final whispered directives of Molnar set in motion a series of events with far-reaching consequences for his family. With his last breath, Molnar instructs Applebaum to disclose the existence of his illegitimate son, Phillipe-André Desforges. The surprise revelation at Molnar’s funeral thrusts the family members onto paths of deception, corruption and blackmail.Revenge infused hatred and contempt for his father and his empire permeate Phillipe-André’s daily thoughts. It compels him to employ an arsenal of devious strategies to wrest control of Molnar Enterprises from his benevolent brother, Jason Molnar. With such high stakes, Jason as the bequeathed chairman of the board must garner the psychological strength to withstand his half-brother’s siege. The consequences of failure will deliver to Phillipe-André what he has long believed to be rightfully his.

Purchase Links for The Bastard’s Inheritance: 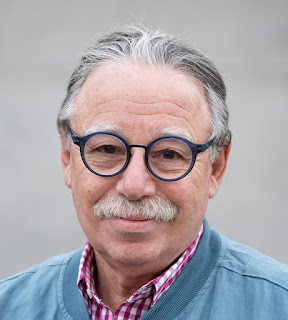 Dennis Roth is always stretching his boundaries and does the same for his readers and fictional characters. This has led to a remarkable life. When he has become an expert in a field, he moves directly off to another. After earning an engineering degree from MIT, he founded what has become one of the largest structural engineering firms on the east coast of the US. He retired young and lived with his wife on-board their 35-foot sailboat, Second Wind, in the Caribbean. After enjoying a thousand magnificent sunsets and then burying the anchor, he moved to watercolor painting. His innate skills blossomed into beautiful, nationally shown and awarded landscapes and seascapes that he exhibited and sold in his art gallery, Studio Phase 3. Since 2012 he has dedicated his creative energies to writing poems and stories which in addition to being published in journals and magazines, have been collected in his two chapbooks, “Reflections & Other Musings” and “Harry & Other Stories.” And now he has created “The Bastard’s Trilogy” anchored by the new novel “The Bastard’s Inheritance.”

Dennis Roth is a teacher at heart. Since high school, he has shared his knowledge, serving as a tutor of students in math and science, as an instructor and lecturer to architectural and engineering students at Carnegie Mellon University and the University of Pittsburgh, and as a teacher of his unique watercolor techniques to budding watercolorists.

On the side, Dennis Roth has learned Spanish and Italian to help him understand more fully the cultures of Mexico and Italy during his months-long visits to those countries.

These broad and extensive experiences provide Dennis Roth the material to weave his imaginative and thought-provoking writing, writing that is about life and living, its joys and sorrows, its thrills and disappointments. Whether in his poems inspired by his struggle with depression or in his stories of love and loss, we find he writes about reality with depth and conviction that can only be achieved by someone of his vast experience. He inspires us as he has his hundreds of students to use our minds to improve our souls.