Peek through the veils to the other side. 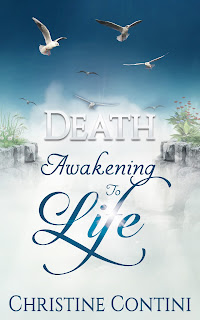 What happens after we die' has been a question that has haunted humanity since the dawn of abstract thought. Many theories have been offered, but finding evidence has seemed impossible.

In Death: Awakening to Life, Christine Contini takes us on a journey through life, death, healing, and rebirth. At thirty-one years old, Christine was diagnosed with Relapsing Remitting Multiple Sclerosis.

A newfound spirituality gave her the power to overcome the habitual belief systems that had sanctioned her body to become so unwell. Through a daily practice of meditation, she began learning how to change her habits and thought patterns, but it wasn't until seven years later when she experienced a sudden cardiac death that the real changes began to occur.

The contact she had with the recently deceased led to her concept called 'energetics' - a system that could be used to bring balance and health to the living. Without her experiences in working alongside the deceased, her concept would not have been fully developed.

In Death: Awakening to Life, the journey Christine will lead you through is one you will never forget; hopefully, the accounts will inspire you to start asking questions about your own views of the world and your place in it. The proof we've all been seeking for what really exists after death is here in this book. Once it's realized, the possibilities for healing and living can also be fully grasped. Christine reminds us that we have a responsibility to live our lives to their fullest potentials, and she presents the wisdom that can help us do it.

This book is a gift that we've all been waiting for. Go on, don't wait any longer. Find yourself, find your health, and find your truth.

Stolen from Sleep, A True Story 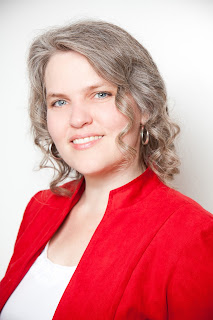 Heart attack, age 37. No oxygen flowing through the body for 45 minutes. – DIED!

Revived, but professionals declared she would live in a vegetative state. NO WAY!

Christine Contini is a living miracle. After a massive heart attack left her without hope of recovery, the doctors informed her family that she would live the remainder of her life in a vegetative state.

The medical professionals are still baffled as to how Christine not only defied death, but came back to full consciousness and was able to work her own way back to her divine health. Through her own pursuit of studies, she also completely freed herself from multiple sclerosis.

Christine was raised Catholic and had no previous knowledge of the esoteric world. However, during the heart attack, Christine had a Near-Death Experience (NDE) which gave her access to the understanding of how energy works. The knowledge she received was unparalleled in her daily existence. As a result, her ability to assist others in healing both the energetic patterns and physical ailments that had often challenged them for years was first born.

Christine is a healer, a speaker, a teacher, and the author of Death – Awakening to Life (the first of three books) in which she shares her amazing story and the knowledge she received after returning from beyond the veil. She leads “The STUDY”– groups for people who want to take their understanding of how to heal themselves far beyond the book; and she offers 5-day, 2-week, and 30-day programs for people who want to go deeper in their own personal process to create real and lasting change.