Book Spotlight & #Giveaway ~ All the Light There Is (The Healing Edge, Book Three) by Anise Eden

Bewitching Book Tours presents All the Light There Is by Anise Eden.

With Book 3, Anise Eden brings us the thrilling and romantic finale to The Healing Edge Series, perfect for fans of Karen Robards or Shiloh Walker. 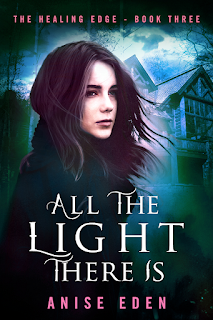 Psychotherapist Cate Duncan is done with danger. Her whirlwind weeks of training at the MacGregor Group’s parapsychology clinic, while exhilarating, have also brought one crisis after another. So when their research colleague Skeet offers Cate and her boss-turned-boyfriend Ben some time away at his secluded hunting lodge, even though it’ll be a working vacation, they jump at the chance.

But the idyllic Mercier Lodge is teeming with secrets. An aura reader and a telepath who work with Skeet reveal his unorthodox research methods, triggering the MacGregor Group’s suspicions. Then there’s the matter of a tragic death that occurred at the lodge over a year ago, and how it connects to unsolved mysteries from Cate’s past―mysteries she may not be ready to confront.

As they delve into Mercier’s unsavory history, Ben and Cate stick close together, trusting in their love for each other to keep them safe. But when a plot separates them, Cate must rely on the MacGregor Group’s paranormal abilities, some surprise allies, and her own determination to track Ben down and crack Mercier’s mysteries before the strange place claims any more victims. 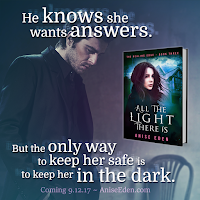 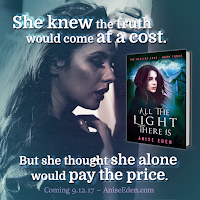 Before becoming an award-winning author, ANISE EDEN wanted to be a wildlife photographer. Unfortunately, a strong aversion to large insects, poisonous snakes, and sharks―along with a cat allergy that might well extend to tigers―limited that career option. Also, Anise always roots for the gazelle, and we all know how that usually turns out. Fortunately, Anise’s voracious hunger for reading kept her occupied, eventually morphing into a passion for writing quirky stories filled with heart, humor, and imagination. Anise loves that through writing, she can live out any adventure she likes without the need for antivenom or antihistamines.

Visit her online at 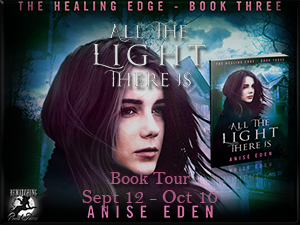 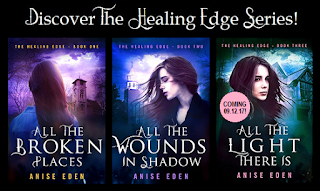