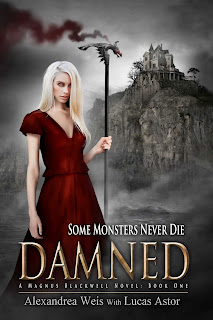 Over a hundred years after the death of Magnus Blackwell, Altmover Manor sits abandoned.

Lexie Arden and her fiancé, Will Bennet, are determined to rescue the neglected Mount Desert Island landmark. They want to make Altmover Manor their home. But Magnus has other plans.

A spirit bound to his former residence, Magnus finds himself inexplicably drawn to the young woman. She has a supernatural gift; a gift Magnus wants to exploit.
As Lexie and Will settle in, secrets from Magnus’s past begin to surface.

Compelled to learn all she can about the former owner, Lexie becomes immersed in a world of voodoo, curses, and the whereabouts of a mysterious dragon cane.

Magnus’s crimes won’t be so easily forgotten, and what Lexie unearths is going to change the future … for everyone.

Bound to a spirit with a sinister history, a woman with a dark power will battle to rule the realm of the dead…

***Sapphyria's Review can be found here: 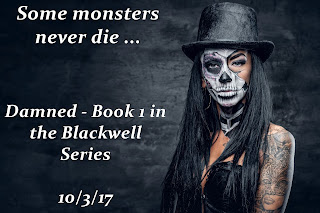 Lexie awoke with a start from a sound sleep. Gaping into the blackness of the strange bedroom, she discovered the storm had abated and she detected the creaks and groans of the old house. Then a crack from the floorboards made her flinch.
It came from Will’s side of the bed. She reached out to shake him, but he didn’t move.
“Will?”
She received a muffled grunt.
Another crack in the floor, but this time it happened right next to her side of the bed. An odor lingered in the air.
Is that coffee?
A column of light glittering to her left made Lexie’s mouth go dry. The oddity soon took on the shape of a man.
His strong frame, long arms, and tapered hands came into view. Good-looking, despite the cruel curl of his lips, his chiseled features, and engaging eyes, made her insides tingle. But when the cut of his old-fashioned red vest, long black coat, and white ascot tie took shape, Lexie understood this wasn’t some hazy fantasy. She didn’t fantasize about men from another century.
Lexie clutched her bedsheet as a fearful scream rose in her throat.
“Please, my dear, don’t bore me with your petty shrieks,” the figure said, his tone condescending.
Like a lightbulb getting enough electricity to reach its wattage, his image brightened, bringing out his details. Lexie scrutinized the buttons on his coat, the fine craftsmanship of his high black boots, and grasped the identity of her visitor.
Then a loud pop rang out, and he was gone. It happened so fast, Lexie questioned if it had happened at all.
“Welcome to Altmover Manor, Ms. Arden.” She recognized the voice of the apparition. “I hope you enjoy your stay.”
This time, Lexie did not hold back her scream, and as she opened her mouth … 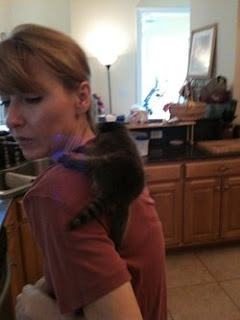 From New Orleans, Alexandrea Weis was raised in the motion picture industry and began writing stories at the age of eight. In college, she studied nursing. After finishing her PhD, she decided to pick up the pen once again and begin her first novel. Since that time, she has published many novels and won several national writing awards for fiction. Infusing the rich tapestry of her hometown into her bestselling books, she believes that creating vivid characters makes a story memorable.

Alexandrea Weis is also a certified/permitted wildlife rehabber with the La. Wildlife and Fisheries. When she is not writing, she rescues orphaned and injured wildlife. She is married; they live in New Orleans. 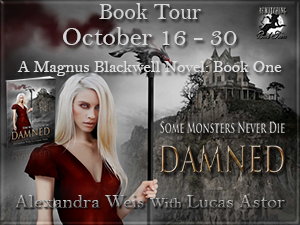