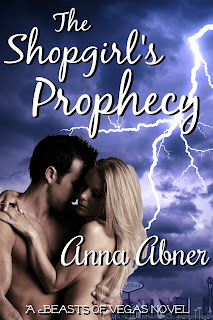 Ali Rusenko has dangerous secrets she can never reveal. When her father dies suddenly, the shy British shopgirl discovers he has even more secrets than she does. In search of the truth in Las Vegas, Nevada, Ali is attacked by the horde and stranded in the desert. If it weren’t for sexy vampire hunter Connor Beckett and his sidekick Roz Carrera, she’d be vampire food.

Connor and Roz rescue Ali, but a string of vampires chase her across the Nevada desert as if she's vampire catnip. Unfortunately, Connor knows exactly how they feel. The beautiful stray sets his blood to boiling. But if Connor's going to have a real chance to defeat the horde leader, Oleksander the Destroyer, he can’t allow Ali leave the country without discovering the one secret she refuses to reveal.

Read an Excerpt from Chapter One:

“Get down,” Roz hissed, yanking on Connor’s black jacket. A spotlight swept over their heads, and he tasted dry earth as he flattened onto the sand.
“That was too close,” Roz complained.
They skittered like cockroaches across the ground, avoiding a parked Humvee, and staying out of the guards’ eye line. The things they couldn’t avoid at the secret army facility in The-Middle-of-Nowhere, Nevada were surveillance cameras on every wall and post. Hence, the need for speed and an electro-magnetic pulse device the size of a suitcase strapped to Connor’s back. If they were caught breaking into Oleksander the Destroyer’s cell, they’d never see daylight again. Sort of the way Oleksander had been in the dark of an army prison for the past twenty years.
Connor Beckett hadn’t known six months ago—a lackluster engineering student at the University of Chicago—that the Seer Ilvane would write down his name and forever link him with the end of the human race.
Connor from Cleveland will release the Destroyer and bring about the apocalypse.
There wasn’t any way to fix the prophecy and save the world except to kill the vampire lord.
“Push the button,” Connor said, nodding at the EMP. Thank the fates for Anton and Natasha, their very generous benefactors from New Zealand and their high-tech toys.
“Pushing the button.” Roz activated the device, and every electric light on the base, hopefully the cameras and security doors too, blinked off. “Now,” she ordered. “Move.”
Nimble on the balls of his feet, Connor ran for building 2A, which he knew from poring over satellite photos of the installation, was where the army kept the vampires. He hunched over the card reader controlling the prison’s heavy-duty outer door, sweat rolling down the back of his neck. “Please,” he breathed. A single second delay while they stood like a couple of sore thumbs at the gateway to a vampire’s cell on a secret military base could ruin everything.
He hoped for the best and yanked. The immense door swung open on soundless hinges.
“I was only fifty percent sure the EMP was going to work,” Roz admitted as she followed him inside and sealed the door. 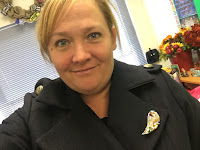 Anna Abner lived in a haunted house for three years and grew up talking to imaginary friends. In her professional life, she has been a Realtor, a childcare provider, and a teacher. Now, she writes edge-of-your-seat paranormal romances and blogs from her home in sunny southern California about ghosts and magic. Enter

You can connect with her online at www.AnnaAbner.com 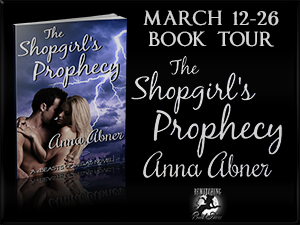