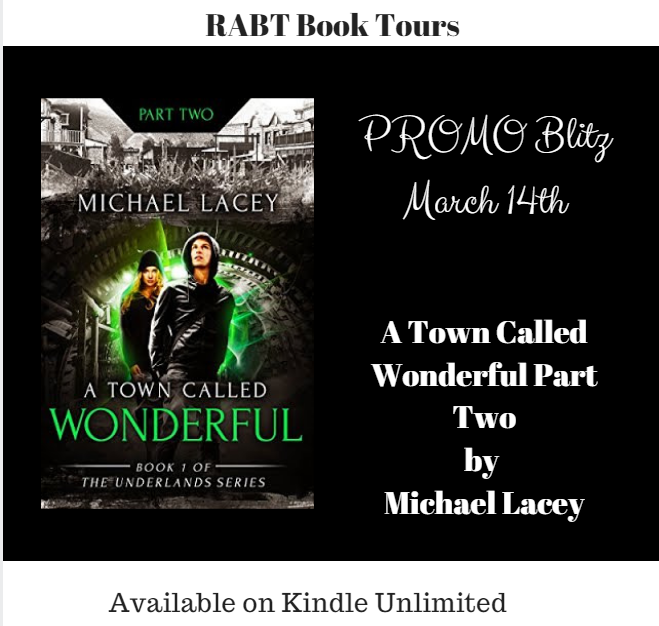 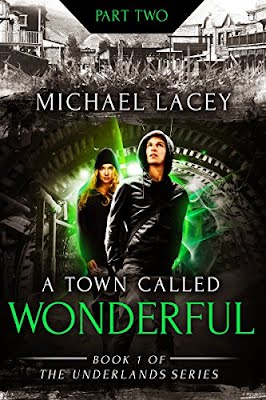 What if lands of legend and myth did exist? Cities of gold, fountains of youth, and lost worlds of wonder! Turns out, they do exist . . . as Underlands.

As Thomas and Emily follow the stranger out of Wonderful, the young couple finds as many questions as answers as he leads them to a beautiful Refuge. They learn some of the amazing history of the underland called Terra Viva and the terrifying truth that escape is impossible . . . for people who aren't trait-bearers.

Do they find out what they needed too? Will learning about his father finally bring Thomas the closure he needs? Flip through this quick read to find out!

“What’s happening out there?” Thomas asks as he watches headlights bouncing all over the place.

Emily hopes that someone is coming to rescue them, maybe not Mayor or Sheriff, unless there’s no one else. She isn’t in tune enough with engine sounds to know that it’s the same duner as before.

“I think someone’s driving your dune-buggy, and trying to climb up the path.” Thomas watches as the utility vehicle does a surprisingly good job at navigating and scaling the small hiking path.

White replies, “Oh, no need to worry about that. I have asked a friend to bring the duner up close. I usually do but it requires some aggressive driving, something I chose to save you from.”

They hear the old Volkswagen engine struggle and sputter as the driver pushes it into higher RPMs.

Emily asks, “Is that supposed to be happening?”

White walks to the window and stares thoughtfully. He bobs his head side to side and replies, “Yes and no. That is no easy task, and he is not as experienced as myself. Surely, he will be fine. I imagine he has quite the audience right now, which probably does not help,” he chuckles.

Emily is disappointed that it isn’t a rescue attempt.

“Do you think we will ever get out?” Emily asks. “I mean, if Mayor can’t even do it . . .” She sulks as she returns to her seat and stares at her hands.

White replies, “One problem is that Terra Viva is in a sort of stasis, a lockdown if you will. Mayor’s drastic attacks on her landscape has sent her into a defensive mode. He has tried to find a way out since the beginning, but I believe it will take something equally drastic for her to open up again. The fact that Lewis and Mary got out is enough reason to believe it is possible. But Mayor has only been more aggressive since then.

“Mankind has done enough to this beautiful earth, and Terra Viva has done so much for us. It provides food through various plants, vines, and trees, and produces, or at the very least orchestrates the amit and oxygen flows. And since everything is contained underground like a giant greenhouse rather than open earth of above, various and abundant vegetation can exist down here. I believe that if you search long enough, you can find just about anything, even a way out.”

Emily finds herself being filled with hope at these prospects but still feels like White is side-skirting the topic. She just wants to know how and how long.

Thomas, on the other hand, has distracted himself with the amazing news of trait-bearers and Luminants. He wonders if he shares any of his father’s abilities. With newfound confidence, he tries once more to make something happen, anything really. Following White’s example, he closes his eyes. He tries to remember and comprehend what White said to Maka, “Do not try to make something happen that does not want to happen.”

Thomas thinks he notices the slightest vibration. He opens his eyes in wonder and it stops. 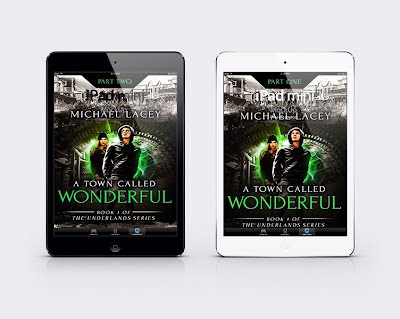 All 4 Parts free in April (follow MichaelLacey.me for updates)

Other Books in the The Underlands Series

A Town Called Wonderful, Part 1 of 4

What if the lands of legend and myth did exist? Cities of gold, fountains of youth, and lost worlds of wonder! Turns out, they do exist . . . as Underlands.

Thomas and Emily head out with two things in mind: getting to know one another better and learning more about the disappearance of Thomas's long-lost parents. By following a map from Thomas's father, they find a legendary underland, a world literally under ground with inexplicable happenings and the most eerie atmosphere. As they struggle to understand the mysterious land, they wrestle with the possibility of being lost in a way that can't be found.

Michael Lacey writes from intimate moments pain—such as losing his eye to a lawn dart accident at age 11 or losing his mother in 2017—but he strives to keep moving forward. He understands the value of experiencing emotions and giving them the space to move but pushes towards resolution and closure in the most encouraging ways. He is driven by the pursuit of purpose and hopes his books will help others chase their own true callings.

He’s always dreaming up new adventures for Underlanders as well as entirely new stories. By writing consistently, Michael is working towards a life where he can spend more time each day with his soon-to-be growing family. Keep up with him on Facebook, Instagram, or at MichaelLacey.me.