Welcome to the Book Tour for
The October Men
David Impey 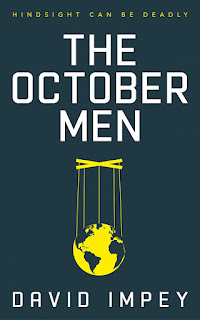 Otto Parsons, a brilliant Oxford physicist, is missing. His early experiments on zero gravity machines have produced unimaginable results. His professor, Dan Sibley, has to secure funding for their work or close the project down.

A wealthy organisation has made him an offer to secure the project’s future. Only now, it seems his backers may have an altogether more sinister agenda. Wheels are in motion that cannot be stopped.

What is it that connects their work with the assassination of JFK, the Roswell Incident, the Wall Street Crash and a mysterious cache of priceless art?

And who are the shadowy partners of the October Foundation? The answers will threaten the safety of everyone on the planet. 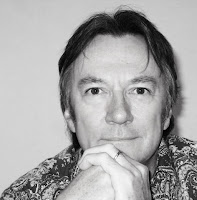 This is the first full-length novel by David Impey. He originally graduated in Chemistry and, afterwards, worked in high-tech industry either on the marketing/commercial side or in advertising.

David has helped write campaigns with a heavy emphasis on demystifying supposedly obscure areas of science that affect everybody on a day-to-day basis and has won several awards for his work.

His first published work was an April Fool’s article in a yachting magazine and, since then, David has been a frequent columnist, contributor to industry journals and online blogs, as well as setting up some and editing others. He also developed a TV series about health called “The Dose”.

When he’s not writing, David is a composer, producer, and keyboardist. He has worked as a musician for 20 years principally as a composer of soundtrack music for corporate clients ranging from sherry to paint to insurance and cruise lines.

Some of his music has been used extensively by TV companies across Europe including the UK and the Netherlands. David lives near Oxford with his wife and insane dog. 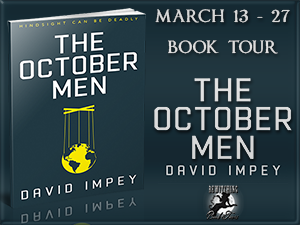