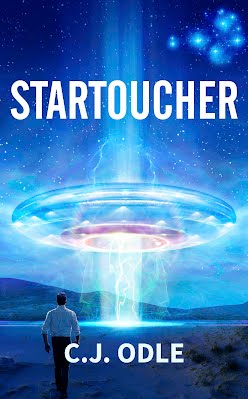 Humanity is put on trial by the aliens who seeded life on Earth.

After 3.8 billion years, the alien creators of life on Earth return to evaluate the results of their experiment. One species is found to be an extreme danger to itself and others – Humanity. Evidence for the continuation of the species hangs by a thread.

Jake Connolly, talented up and coming LA lawyer, has a hidden psychic side long suppressed. When a series of intense visionary experiences threaten to derail his life, he is dragged unwillingly towards mysterious events deep in the Mojave Desert. What he discovers there changes him forever, and will affect the lives of everyone on the planet.

As the world watches its destiny unfold, humanity is forced to fight for its survival in a Galactic court and justify its existence to far superior beings.

An innovative, intelligent, and mystical novel that asks the biggest questions of all.

Where are we from…where are we going...how much have we truly evolved?… 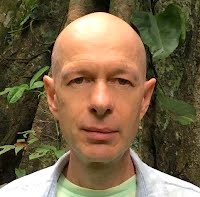 C.J. Odle is an author and ayahuascero (works with medicinal plants) living in a small conservation and healing center in the Peruvian amazon.

Born in 1961, from an early age he developed an interest in science fiction and fantasy. Around the age of 17 he began to study divination, which led to a career of over 35 years working as an astrologer and psychic. He has written four previous books, all non-fiction and mind body spirit titles.

In his early forties he experienced a psychic crisis, which led him to Peru to complete a 6 year apprenticeship in Amazonian shamanism. He still lives in the jungle in Peru with his wife. Startoucher is his first novel.