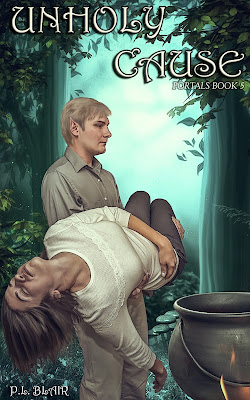 Corpus Christi, Texas, police detective Tevis McLeod, an elf, must make an impossible choice: aid the evil Queen of the Unseelie Court in a quest that will allow her to become ruler over two worlds … or watch Kat Morales, his Human partner, and lifemate, die.

Kat Morales felt a tingle of nerves between her shoulders as she and her partner entered Miguelito's. Something watched them – not some one, not anyone in the knot of uniformed police and civilians gathered at the doors into the restaurant's kitchen. What burned at the nape of Kat's neck, and turned the greenblack amulet around her neck into ice so cold it almost burned, came from some … thing. A creature, definitely not Human. Kat stopped a couple of steps past the entrance, scanning her surroundings. Miguelito's had gone lavish in Christmas decorations: arrangements of poinsettias on every Spanish-tiled table in sight, bright-colored pinatas around the bar at the far end of the room, a six-pointed star of Magic-enhanced light strands hanging from the ceiling in the room's center, with more light strands radiating outward toward the walls in a simulation of starlight.

And overriding everything, the decorations, murals on the walls – everything –

That sensation prickling at the nape of Kat's neck, that feeling of being watched by something dark and malevolent.

Not her imagination then. He felt it too.

He nodded, as though in response to her thoughts. A couple of inches taller than Kat's own five-feet-six, hair a pale gold in color, eyes the most incredible shade of blue Kat had ever seen, Tevis Mac Leod at first glance could pass for a late-twenty-something Human. But then you noticed the ears, pointed as those of a fox, that identified him as an Elf – an Aalfar. One of those beings that Humans had long dismissed as “fairy tales” and fantasy until more than four years ago when Portals had opened between the world of Humans and … the Other Side … the world ruled by Magic and inhabited by all of humankind's ancient fantasies and worst nightmares …

Tevis had been Kat's partner on the Corpus Christi Police Department's detective squad for nearly a year now, and more recently – her lifemate. Although they were keeping that part secret for a while yet. The CCPD officially frowned on its officers … “fraternizing.” A corner of Kat's mouth twitched a smile that quickly disappeared as she re-focused her attention on the business at hand. All the restaurant's tables were empty, all but one. She moved toward it, Tevis close at her side.

The two men standing beside the table straightened at the detectives' approach. The third man, the one slumped over his unfinished lunch, was beyond any kind of movement.

“Morales.” Corpus Christi Police Captain James Harley nodded to her, then to her partner. “Mac Leod.” He pronounced Tevis' name “Leed” instead of the way Tevis himself said it: “Lee-ud.” The other – living – Human at the table, Nueces County's Deputy Coroner Roger Branson, gave Kat and her partner a curt nod. Kat had fewer dealings with Branson than with his boss, Paul Herrera. But Paul was on vacation this week.

Kat would've bet her next paycheck that Roger was wishing his and Paul's positions were reversed. 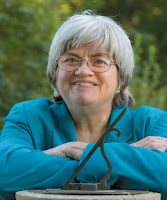 A native of Tyler, Texas, Pat Blair lived for a few years on the Texas coast, in the Rockport and Corpus Christi area, before moving to Sheridan, Wyoming, since 1986. Writing as P.L. Blair, she finished her first book in her Portals series – Shadow Path – in 2008 while still employed as a reporter at The Sheridan Press newspaper. After taking a short semi-retirement, she resumed working as a reporter for Sheridan Media, a company that boasts nine radio stations and a website, sheridanmedia.com, in 2013. Blair's writing career was briefly disrupted by a – fortunately small – heart attack in January 2016, but with medications and a change in diet, she's recovered and back on track. She shares her life with three dogs – a basset hound, dachshund/cocker mix and a “Jack Russell terror” – and a cat. All are rescues. 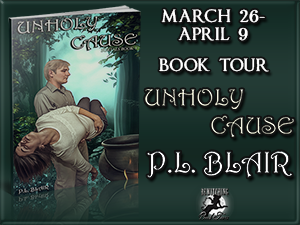