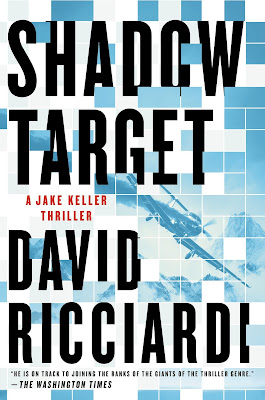 After his debut thriller WARNING LIGHT was lauded by the biggest names in the genre, David Ricciardi has followed up his hair-raising and gasp-inducing Jake Keller series with two more books that have become critical hits. Jake Keller, a man who like Tom Clancy’s legendary John Clark, continues to be tested and emerges from the crucible with a new purpose in life.

And now the fourth in the series, SHADOW TARGET (Berkley Hardcover; June 2021), finds Jake Keller on a list of CIA agents that have been picked off. Jake doesn't know who is trying to kill him and he doesn't know why. Still, it's a threat he can't ignore.

When his small plane crashes in the Alps, Jake is the only survivor. A rescue helicopter soon arrives, but the men inside are not there to save anyone. They are determined to complete the murderous job they started.

Jake escapes from the mountainside deathtrap, but it won't be the only attempt on his life. If he's to have any chance at surviving, he'll have to find out who's behind the killings. But the circle of people Jake can trust is distressingly small as he suspects that someone inside the Agency is feeding his every move to the very people who are trying to end his life.

Jake's quest takes him to the candle-lit cathedrals of Paris and the rain-slicked streets of London. He makes contact with old friends and new enemies along the way--but his true nemesis may be closer than he imagines.

ASIN: B08KPCY9MC
Publisher: Berkley
Publication Date: June 15, 2021
Print Length: 336 pages
Amazon: https://amzn.to/3wOJerF
Praise for Previous Books in the Series:
Praise for BLACK FLAG
“Once again David Ricciardi will have you turning pages as fast as you can in this imaginative, well-plotted, highly-plausible riveting tale. And then with the ending he’ll hit you with a surprise you never saw coming.”—The Washington Times

“Fast, relentless, and superbly plotted, BLACK FLAG is Ricciardi at his best, and the sky is the limit for this series moving forward. Fans of Tom Clancy and Mark Greaney will especially want to give this one a go.”—The Real Book Spy

“Fans of the first two Keller novels will certainly want to read this one, and action-adventure readers who haven’t yet met Jake should seize this opportunity.”—Booklist

“The next must-read espionage thriller series is finally here — if you don’t know who David Ricciardi is already, you will soon. Told with breakneck pacing and nail-biting suspense, WARNING LIGHT is an early favorite for best debut thriller of the year.” —The Real Book Spy 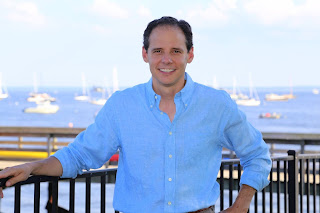