Twin sisters Tabby and Sage co-own a candle shop, but will it all go up in flames in Valona Jones’ series debut, perfect for fans of Amanda Flower and Bailey Cates.

30-year-old fraternal twins Tabby and Sage Winslow own The Book and Candle Shop in Savannah. Sage is hot-headed and impulsive while Tabby is calm and collected, making them the perfect partnership. When one of their customers is found murdered, from a blow to the head, that partnership is put to the test.

Blithe McAdam had been seen in a heated argument with shop clerk Gerard, which immediately makes him suspect number one. The twins are convinced of Gerard’s innocence and start digging into Blithe’s past. But no one is cooperating. The neighbor who found the body isn’t talking, medical examiner Quig won’t give any details about the autopsy, and nasty rumors begin surfacing about the drowning of Blithe’s father years earlier—evidence that could seal Gerard’s fate.

Tabby and Sage dig desperately for the truth. But it’s not only their friend who’s in peril. With the clock ticking, the twins find themselves in the grip of an unseen and deadly energy that has seeped into their midst—and in the sights of a ruthless killer.

Snuffed Out is the first book in a new cozy mystery series, Magic Candle Shop Mysteries. Sage and Tabby Winslow are twins who co-own The Book and Candle Shop. They are exact opposites, which tends to happen with siblings, twins or not. When a difficult customer is found dead after an altercation with one of their employees, he becomes suspect number one. Tabby and Sage start digging into the case because they know their employee didn't commit the crime.
I had a hard time connecting with Sage at first because of her quick fuse, but she eventually grew on me. Tabby was easier to get to know and understand, although, she is bit more timid. As the story progressed and the characters were developed, I found I enjoyed both Tabby and Sage, along with the rest of the characters.
The story was enjoyable, and both the cover and the blurb brought me onboard. The story, fun characters, and mystery kept me engaged. The murder mystery was twisted, well-thought out, and complex.
I was provided a copy of this book to read. 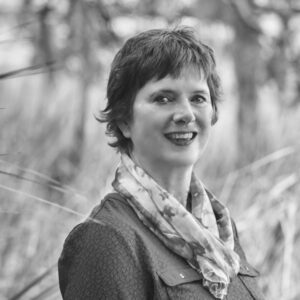 Valona Jones writes paranormal cozy mysteries set in Southern locales. Her work blends mystery and the unexplained, along with a sprinkle of romance. A former scientist, she’s drawn to the study of personal energy. She sharpened her people-watching skills as a lifelong introvert and thankfully had a bank vault full of personal observations when she began to write fiction. Her forthcoming release, Snuffed Out, A Magic Candle Shop Mystery, is slated for January 10, 2023, release. She’s a member of Mystery Writers of America and Sisters in Crime. She lives in coastal Georgia, where time and tide wait for no one. Visit her at https://valonajones.com

January 14 – Escape With Dollycas Into A Good Book – SPOTLIGHT

January 20 – Books to the Ceiling – SPOTLIGHT*

a Rafflecopter giveaway Have you signed up to be a Tour Host? Click Here to Find Details and Sign Up Today!