This post is par of a virtual book tour organized by Goddess Fish Promotions. Petie McCarty will be awarding an Autographed paperback copy of Cinderella Busted (US only) to a randomly drawn winner via rafflecopter during the tour. Click on a tour banner to see the other stops on the tour.
About the Book: 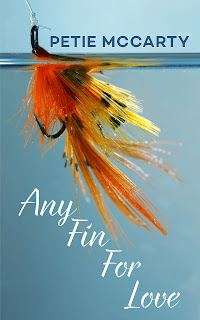 She could almost hear the fish laughing at her . . .
Cody Ryan’s father never missed fishing the annual Loon Lake tournament until his unexpected passing. So this year, Cody packs up her how-to fishing videos and her dad’s old johnboat and gives him one final entry.
Gage Connor needs some R&R away from his coast guard deployment catching drug smugglers along the Louisiana coast, so he borrows a bass boat from his buddy and heads to Loon, Alabama to do some fishing.
When Gage and Cody meet at Loon Lake, their attraction is immediate and intense—until the two discover there is only one boat slip left on the lake and they both need it, and there’s only one vacant hotel room left in Loon and they both want it. Thus, their competition begins. Both vow to keep their distance from the other to fight the temptation, but fate has other plans. The tournament pairing party picks the two-man teams and chooses Gage as Cody’s partner.
For two days.
Alone on a boat.
Working as a team.
Good things come to those who bait . . .
Genre:
Contemporary Romance

Feeling the hotel room being yanked out from underneath her, Cody lost her grip on her temper. “I don’t care. I arrived here first.” She wheeled on Velma. “Tell him.”

Velma had a hard time meeting the man’s glittering green eyes, and Cody feared the worst. “Velma, you have to go with the first person who arrived here, and that was me.”

Velma visibly wavered, and her gaze bounced between Cody, Mr. Never-Had-Any-Patience, and her twin, who looked ready to burst into tears.

“It’s not your fault, Sister.” She patted Delma’s hand. “You didn’t know we were upstairs. I’ll handle this.”

Velma faced her two potential guests and announced, “We’ll flip for it.”

“Fine by me,” the stranger snapped and crossed his arms on his oversized and quite muscular pecs. Not that Cody was staring.

Velma reached into her apron pocket and drew out a silver dollar. She smiled at Cody. “Since you were here first, you can call it, and you can have heads if you want. I always liked heads in a coin toss, and I always got lucky calling heads.” Her eyes twinkled at Cody.

The coin flipped high in the air. Velma deftly caught it with her right hand and smacked the coin on top of her left. “Heads it is,” she proclaimed.

Cody blew out a sigh of relief.

“See for yourself.” Velma angled her hand for him to snatch a glimpse and then chucked the coin back into her pocket.

Cody stared him right in the eye. “I win.”

He eased closer—almost nose to nose—and she reconsidered her idea to gloat. His emerald eyes darkened, turned almost black, and locked onto hers. She could hear and feel each breath he took, because she held hers. Waiting.

His gaze never wavered. She could feel it, almost like a caress.

“I promise I won’t touch you . . . if you don’t want me to.” The latter implied he wanted exactly the opposite.
Purchase Link:
Amazon 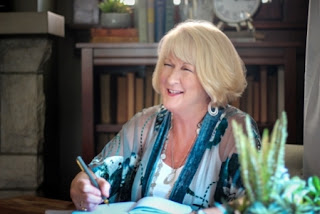