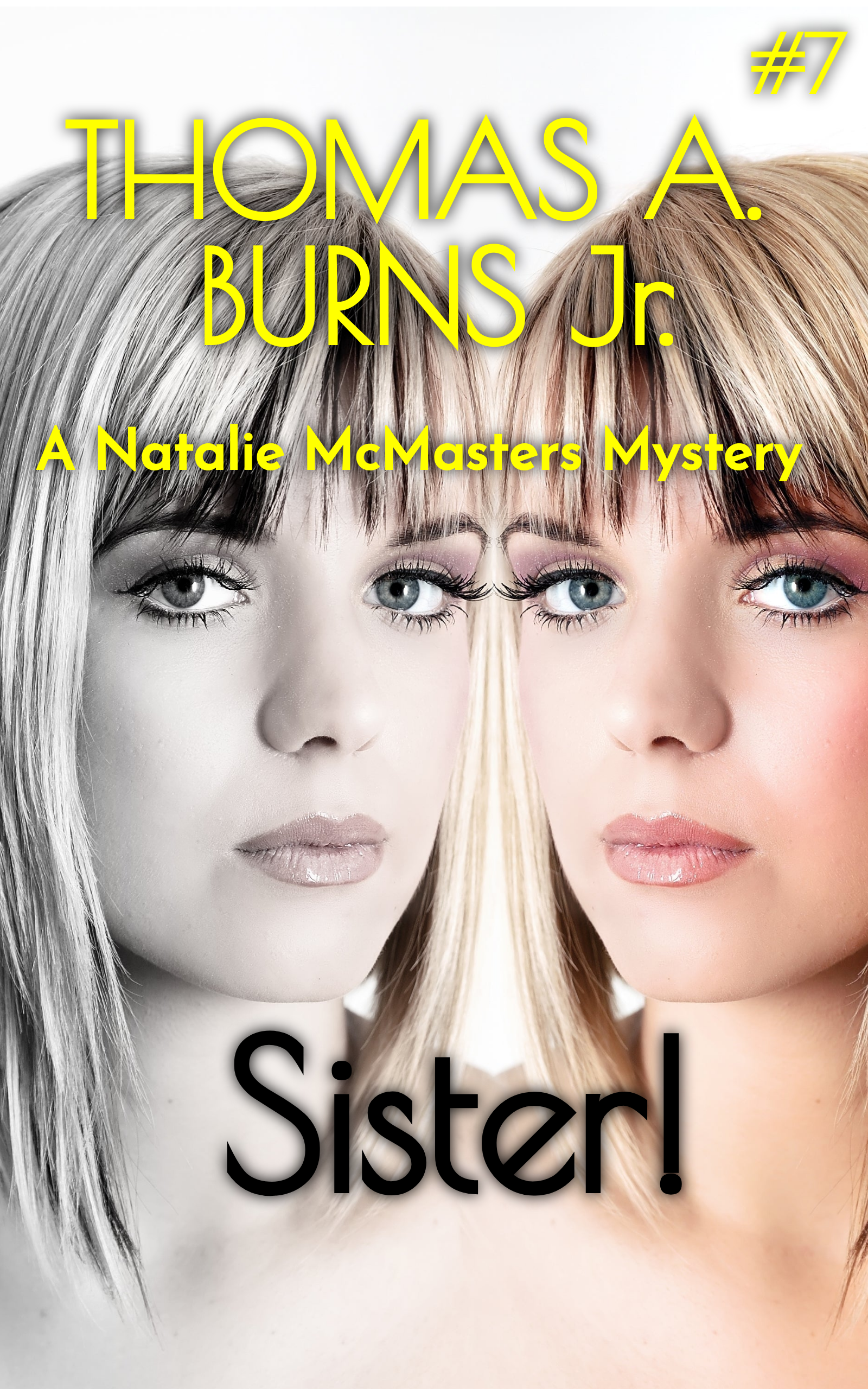 Sister! by Thomas A. Burns Jr.

What do you do when you find out your twin sister is a stone-cold killer? Love her anyway!

Twentysomething detective Natalie McMasters comes face-to-face with the awesome power of money and privilege in her latest adventure. After she finds out that she has a twin sister who’s committed a heinous crime, her son Eduardo falls into the clutches of a perverted billionaire who plays with peoples lives for sport. Getting into his futuristic walled estate is a piece of cake, but getting out again is another matter entirely. While her friends and fam battle endless frustrations trying to convince the cops and the courts that Nattie and Eduardo are in deadly danger, she plays a risky game with a malignant narcissist, his venomous consort, and some unexpected houseguests, fighting for the souls of her sister and her son. How can she ever succeed against such impossible odds? The twisted ending packs a punch you won’t soon forget!

Sister! is the perfect read for fans of Karin Slaughter, Ruth Ware and Mary Kubica. 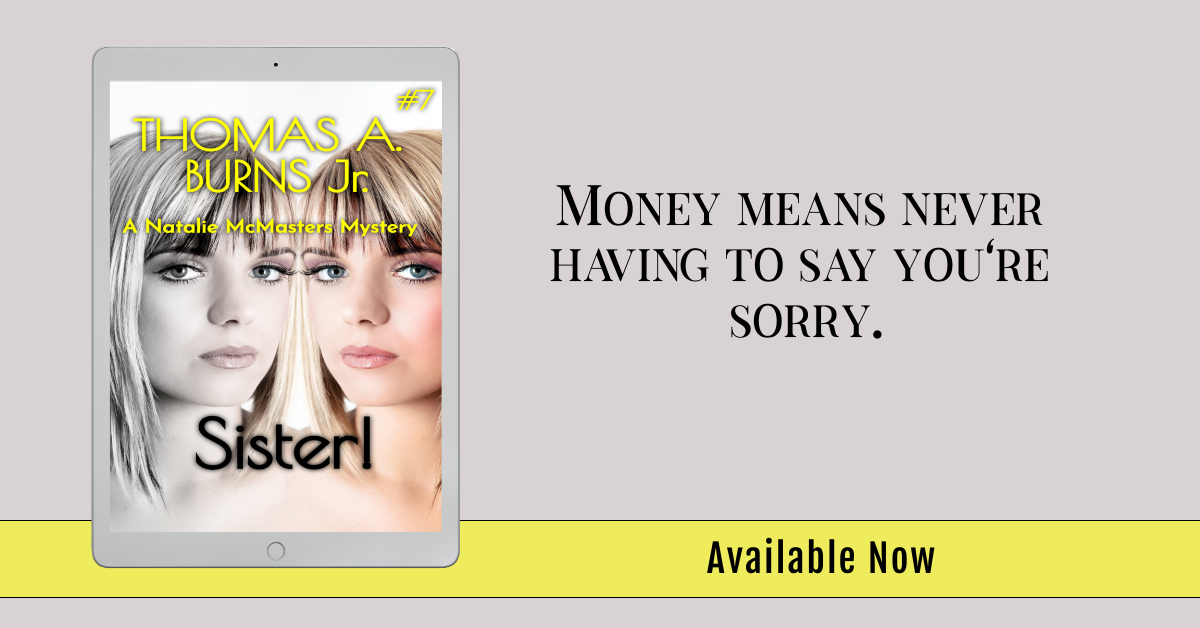 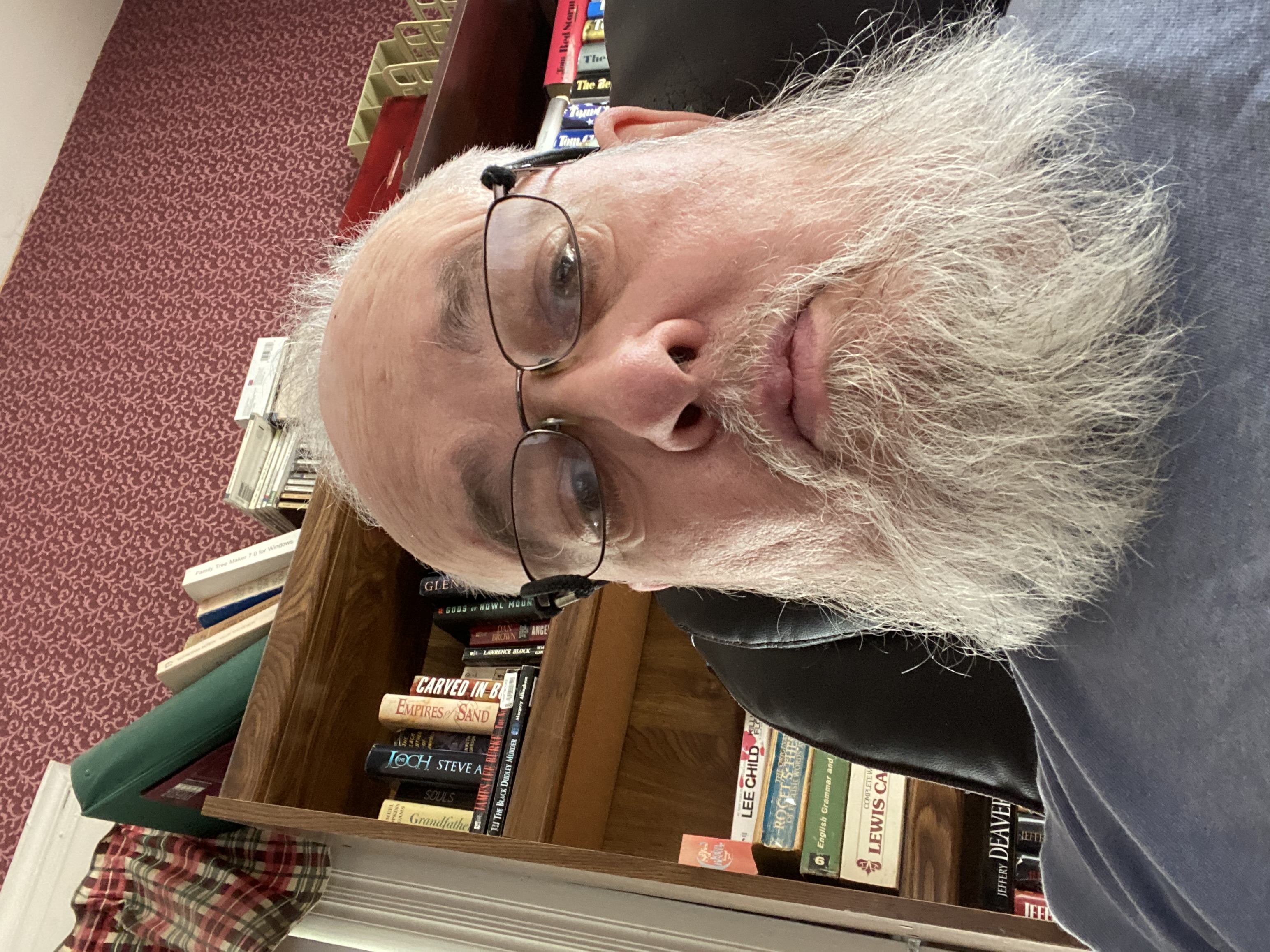 Thomas A. Burns Jr. writes the Natalie McMasters Mysteries from the small town of Wendell, North Carolina, where he lives with his wife and son, four cats and a Cardigan Welsh Corgi. He was born and grew up in New Jersey, attended Xavier High School in Manhattan, earned B.S degrees in Zoology and Microbiology at Michigan State University and a M.S. in Microbiology at North Carolina State University. As a kid, Tom started reading boys’ mystery series with the Hardy Boys, Ken Holt and Rick Brant, then graduated to the classic stories by authors such as A. Conan Doyle, Dorothy Sayers, John Dickson Carr, Erle Stanley Gardner and Rex Stout, to name a few. Tom has written fiction as a hobby all of his life, beginning with Man from U.N.C.L.E. stories in marble-backed copybooks in grade school. He built a career as technical, science and medical writer and editor for nearly thirty years in industry and government. Now that he’s a full-time novelist, he’s excited to publish his own mystery series, as well as writing stories about his second most favorite detective, Sherlock Holmes. Tom’s Holmes story, The Camberwell Poisoner, appeared in the March–June issue of The Strand Magazine in 2021. The sixth book in the Natalie McMasters Mysteries, Killers!, was released in September, 2021, and won the Silver Falchion award for best action/adventure book of 2021 at the Killer Nashville International Writers’ Conference. Tom has also written a Lovecraftian horror novel, The Legacy of the Unborn, under the pen name of Silas K. Henderson‒a sequel to H.P. Lovecraft’s masterpiece At the Mountains of Madness. In addition to publishing the seventh Natalie McMasters Mystery, Sister!, he is currently working on a book of Sherlock Holmes stories.