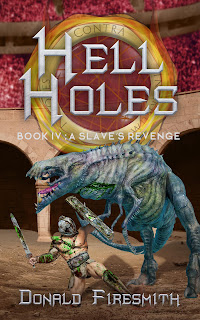 Hell Holes: A Slave’s Revenge
Hell Holes
Book Four
Donald Firesmith
Genre: SciFi, Dystopian, Alien Invasion
Publisher: Magical Wand Press
Date of Publication: August 1, 2021
ISBN: 979-8527374209 (Paperback — Amazon KDP)
ASIN: B09416M34X
Number of pages: 455
Word Count: 105,000
Cover Artist: Ellie Augsburger
Tagline: An epic story of love, loss, friendship, and survival under the most hellish of conditions
About the Book:
A multi-award-winning prequel to the Hell Holes series of alien invasion novels, Hell Holes: A Slave’s Revenge is an epic story of love, loss, friendship, and survival under the most hellish of conditions.
A typical Alaskan teenager, Paul’s greatest joy is hunting and fishing with his father. But when alien demons attack his family’s isolated cabin, they shatter Paul’s comfortable life. After killing his father, the demons enslave Paul, his mother, and his twin sister and teleport them to a desert world in the Demonic Empire. Once on the planet Hell, the captives’ survival is far from certain, and they face a terrible choice. They can either live as useful slaves or be immediately slaughtered as food for the merciless demons.
With his demon masters demanding their slaves’ absolute obedience to their brutal human overseers, Paul soon learns to hide his burning hatred and desire for revenge behind the stoic expression of a servile slave. But as the years slowly pass, Paul adapts to survive, first as a field slave and then as a gladiator. Will he live long enough to take his revenge, or will Paul’s years of slavery rob him of his will to resist and cost him his humanity?
Watch the Book Trailer: https://youtu.be/BZfNSeO_f8w
Purchase from Amazon: https://amzn.to/3GIC8g2

MY NAME IS PAUL CHAPMAN. When I was just fifteen years old, a band of demonic aliens murdered my father and captured my mother, sister, and me. These vicious creatures — the source of humanity’s myths of devils, imps, and hellhounds — took us through a hidden portal to Hell, the nearest planet to Earth in their vast empire. I spent the next twenty-three years there as their slave.

I was rescued during the Armageddon War and became the only captive human to ever escape from Hell. Over the following months, members of the US military and various specialists spent countless hours interviewing and debriefing me to learn everything I knew about Hell and the demons. They provided a therapist to help me recover from my horrendous experiences and adjust to my new life back on Earth. She recommended I document my life as a slave. This book is my story: the autobiography of my life as a slave on Hell.

MY PARENTS, Robert and Mary Chapman, met while first-year students at the University of Alaska, Fairbanks. He studied wildlife biology while she studied anthropology, concentrating her studies on the history and culture of the native Inuit. Although they had grown up in the Lower 48, they fell in love with Alaska and decided to remain after graduating.

Dad had hoped to obtain a job as a wildlife biologist, but such jobs were rare and paid little. Mom hadan even harder time finding suitable work. So, when my maternal grandfather died two years later, my parents decided to use her modest inheritance to buy a dry cabin and live a subsistence lifestyle. They would hunt caribou and moose, trap small game for furs and food, and fish for salmon during spawning season.

Mom and Dad eventually bought a cabin on the north shore of the Kobuk River. Only seven miles upstream of the tiny town of Kobuk, the house was close enough to make buying provisions easy. The town’s simple landing strip also made visiting relatives practical and would enable evacuation in case of a medical emergency.

Miles from their nearest neighbors, the cabin was also isolated enough to offer all the seclusion a family could ever want. Nestled between the nearby river and the Brooks Range a few miles to the north, my parents had found the home of their dreams.

My twin sister, Sarah, and I were born a few years later, and we grew up in some of the most beautiful land imaginable. The chores were many, the work was hard, but the rewards of freedom and the wilderness’s majesty made the hardships well worthwhile. I loved the life and couldn’t imagine ever leaving it.

This story begins when Sarah and I were fifteen. It was early August, and the Chinook salmon were running up the river to spawn. After breakfast, Mom and Sarah were going fishing. Dad and I had built a fish wheel, an ingenious tool that automatically catches the salmon. An underwater fence forces some of the fish towards the wheel that the river’s current turns. Baskets attached to the wheel’s rim scoop up the fish and dump them into a box. Mom and Sarah were going to carry the salmon back to the cabin, clean them, and hang them up over a fire in our smokehouse. Their work would ensure we would have plenty of smoked salmon to eat during the long Alaskan winter.

While they were fishing, Dad and I would hunt moose and check our traps for small game. We took our rifles and headed upriver away from town. We left our dog, Sergeant, behind so her barking would warn Mom and Sarah of any bear that might be attracted by the smell of our fish.

We started by checking our traps, but they were empty. Not a single one had been tripped. And we didn’t spot any small game even though we didn’t talk, and we walked carefully to avoid making any unnecessary noise.

When it was nearing lunchtime, we turned around and headed back to our cabin. This time, instead of following the river trail, we hiked up towards the nearby mountains forming the southern edge of the Brooks Range. As before, the area seemed completely devoid of animal life, which was pretty unusual. We’d typically see something, even if it was too far away or on the far side of the river.

About halfway home, we spotted the remains of a bull moose that had been recently killed.

Because the bears were busy with the salmon, we initially thought it had been brought down by wolves. But it wasn’t. Enormous chunks of flesh had been removed in single bites, and the bites’ edges were too clean to have been made by wolves or bears.

It was strange that we couldn’t identify the tracks in the soft ground around the carcass. There were many large and small hoof prints, but they were shorter and rounder than moose and elk tracks.

Stranger still were the giant paw prints from the carnivore that had brought down the moose.

Easily twice the length of wolf prints, they had only three toes, and the separate claw marks were much longer than wolf or even bear claws. Dad, the biologist, was stumped. The prints didn’t seem to belong to any Alaskan wild animal or to any animal for that matter. The only tracks he could think of that were even somewhat similar were those of ostriches, emus, and cassowaries.

But the claw marks were too short for ostrich and emu tracks, and the cassowary only has one claw that long, not three.

“Dad, how about a really big dog?” I asked. “Maybe a Newfoundland had lost a toe.”

Dad shook his head. “Can’t be. See how the toes are arranged symmetrically? And besides, why would a dog have the same toe removed on each paw?”

“What about a dinosaur?” I suggested jokingly.

Dad actually considered it for a second before answering, “You know, it does look a little like a theropod footprint. It might have been a reasonable hypothesis if it weren’t for the little fact they’re all extinct except for the birds. No, this has to be a hoax. Someone’s trying to start a rumor about a strange beast roaming the Alaskan wilderness. Probably wants to draw tourists hoping to catch sight of the mythological creature.”

“But Dad, what about the bite marks?”

“My guess is that they used a curved knife to make them. Still, whoever did it did a good job.

They had me going for a bit. Come on, let’s head home and tell the girls about our mysterious find.”

So, we hiked back to the cabin and had lunch with Mom and Sarah. They told us about the baskets of fish they had caught and cleaned. We told them about the moose kill we’d stumbled on, the strange tracks, and the huge bite marks. Mom agreed with Dad that it wouldprobably turn out to be a hoax, but Sarah wasn’t sure what to think.

After lunch, Dad and I headed out again to see if we’d have any better luck hunting. We didn’t.

The animals, both big and small, were still missing, and we were once more forced to come back empty-handed. I did, however, carry my camera with me and took some pictures of our find. For a laugh, I figured I would upload them onto Facebook the next time I was back in town where I could get internet service. 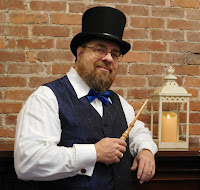 Meet the Author:
Donald Firesmith is a multi-award-winning author of speculative fiction including science fiction (alien invasion), fantasy (magical wands), horror, and modern urban paranormal novels and anthologies of short stories.
Prior to retiring to devote himself full-time to his novels, Donald Firesmith earned an international reputation as a distinguished engineer, authoring seven system/software engineering books based on his 40+ years spent developing large, complex software-intensive systems.
He lives in Pittsburgh, Pennsylvania with his wife Becky, his daughter Sera, and varying numbers of dogs and cats.
Website: http://donaldfiresmith.com/
Facebook: https://www.facebook.com/don.firesmith/ 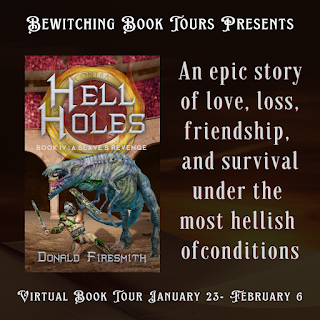