Who, Me? Fog Bows, Fraud and Aphrodite by Charlotte Stuart

About Who, Me? Fog Bows, Fraud and Aphrodite: 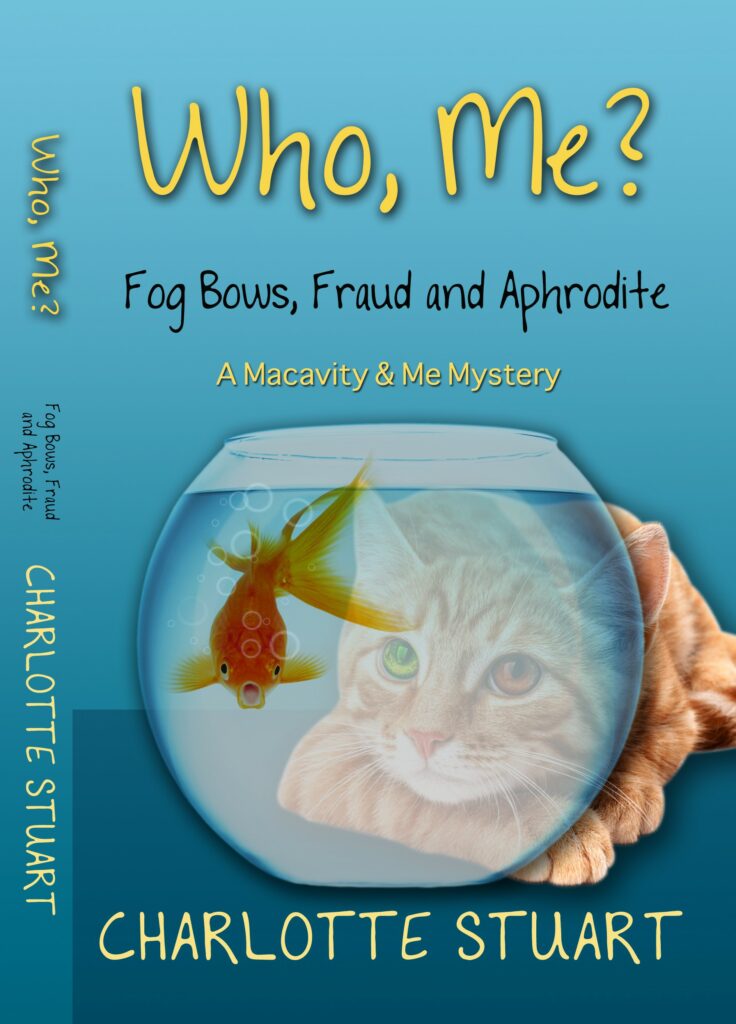 Who, Me? Fog Bows, Fraud and Aphrodite

A heated argument on a nearby boat followed by a loud splash . . .

Who, Me? Fog Bows, Fraud and Aphrodite is a mystery set in an urban boating community in Seattle. Bryn Baczek lives on a sailboat in a small marina with her cat, Macavity, and a series of short-lived goldfish. When a neighbor she doesn’t like becomes the prime suspect in a murder investigation, she reluctantly seeks evidence to prove him innocent. She ends up being threatened by the victim’s abusive boyfriend, betrayed by a close friend, and can’t resist using subterfuge to enter a secured building to search the victim’s office. Although she shares what she learns with a charming detective, she is one step ahead of the police in identifying the murderer . . . a step that puts her in a dangerous face-to-face confrontation.

In a world filled with uncertainty and too little chocolate, Charlotte Stuart, PhD, has taught college courses in speech communication, was a management consultant and a VP of HR, and has enjoyed time spent sailing and commercial salmon fishing in Alaska. Her current passion is for writing mysteries with a dollop of adventure and a smattering of humor. When she isn’t writing, she enjoys watching herons, eagles, seals and other sea life from her Vashon Island home office.

a Rafflecopter giveaway
at 3:45 PM