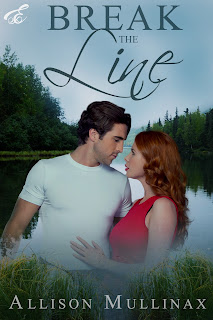 About Break the Link:

As a pro-fisherman, Benson Howell’s days are spent on murky lake water, reeling in largemouth bass and winning first place trophies. At twenty-nine, life is easy and carefree. His only job is to stay in the top rankings during the fishing circuit, and keep the sponsors happy. That is, until he meets hot tempered, fiery haired Danni-Rose in small-town Alabama. He has never backed down from anything too big to reel in.

Danni-Rose has spent the past six years of her life burying her past. When Benson Howell literally plows his boat right into her life, armed with simmering anger, she fights the current pulling her closer to him. With a past she can’t let go of, and the sexy fisherman breaking down all her walls, Danni-Rose does everything she can to break the line connecting her to Benson.

Will Danni-Rose be able to let go of the past? Can Benson change her mind about him? Or will they both miss the catch of a lifetime?

Read an Excerpt from Chapter 3 of Break the Line:

I’m resting back against the wall, trying not to make an ass of myself staring at Danni leaning over the pool table. She’s focused on the game and shooting her striped ball into the pocket at the far end of the table. As expected, she’s more skilled at billiards than I’d hoped. She makes a stop shot, and the ball rolls smoothly into the pocket she was aiming for. Without standing, she raises her eyes to mine and smirks.

“You tricked me,” I say, pulling the beer bottle to my mouth. The alcohol swishes through my veins. She shrugs her shoulders at me in response, again trying to hide her smile.

“Your shot, angler.” She looks over to Liza who is laughing and shaking her head at my massacre.

I point to myself. “Benson. My name is Benson.”

“Fisherman, angler... speed demon,” she says the last part with an edge.

“Awe, come on, forgive him. I ain’t never seen him so worked up over a pretty girl getting pissy about something,” Jess calls from the corner. Liza extends her pool stick and whacks him on the shoulder. “Owwww, damn it,” he cries out. He looks at her wide-eyed, rubbing his arm and his ego.

“Danni,” Liza says, pointing to her friend. “Liza,” she then says, pointing to herself. “Not pretty girl, sweet thang, sugar lips, honey, or darlin’. Got it?” Jess nods his head up and down at her. “Now, go buy me a margarita,” she commands, and Jess runs to fetch her a drink like the dog he is. Danni bends over at the waist, laughing.

“And you,” Liza says to Danni, getting her attention, “his name is Benson.” Danni scowls at her friend, then walks over to take a large drink of her beer. I stick my tongue out at Danni as I walk past her to take my shot. I sink it in the pocket and decide that I’m a better pool player when I’m a little bit drunk.

Liza hops off the bar stool and picks up her pool stick. She studies the table, and then takes aim. She over shoots the cue ball, and it ricochets off the wall of the table, causing it to smack against the eight ball. It stops inches from the corner pocket, and Danni lets out an audible gasp from across the room. “Oops,” Liza says. She walks past me and whispers, “You owe me.” I blink at her for a moment, then give her an appreciative wink. She walks over to Jess approaching with her margarita, and takes it from his hands. She rubs the top of his head saying, “Good boy.”

Jess makes the rest of his shots, and Liza magically misses the rest of hers. At some point in the night Danni realizes what is happening, and I hear her saying to her friend, “I hope a pack of rabid racoons show up at your hospital.” Liza leans over and kisses her cheek and responds by saying, “I love you, too.”

Danni pulls in the last drink of her beer, and watches me intently while I take aim for the eight ball. If I sink this one in, I gain her forgiveness. I arch my arm back and shoot. My eyes widen, watching the ball curve at an odd angle before returning to the course and sinking the eight ball directly into the pocket. I let out a loud yell, and raise my arms into the air. Liza and Jess are laughing in the corner, and Danni is shaking her head. This time she doesn’t hide her smile. This time she lets it spread across her face in amusement, and I swear I think my heart stops. 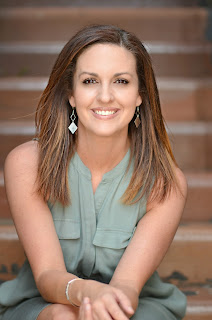