When the sun comes up, the girl of his dreams will murder him. 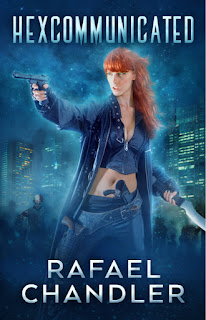 The name is Tepes. Nicolae Tepes. I'm a federal agent with Hex Division.

When the sun comes up, the girl of my dreams is going to kill me.

My partner's a werewolf, but we get along okay. We were investigating this murder when we stumbled across a conspiracy unlike anything we've ever dealt with before. Ghostmortems, Scarevoyants, all kinds of freaks.

It started bad and got worse quick: a psychic on our team had a vision of the future. At sunrise, I'll die at the hands of the woman I love, and then a psychotic death cult will deploy a supernatural weapon of mass destruction.

We've got eight hours to prevent this prophecy from coming true, but the psychics of Hex Division are never wrong...

For More Information and to Purchase: Amazon

Read an Excerpt from Hexcommunicated:

I holstered my gun. "Right. Let's toss the place."

Zheng flipped the mattress over.

I pulled dresser drawers. I froze. Stainless steel shuriken rattled against each other. I hauled open a few more drawers; in each one, more throwing stars. Maybe a hundred total.

"Whiskey tango foxtrot," Zheng said. She leaned the mattress against the wall. A half-dozen circular saw blades gleamed on the boxspring.

Zheng went feral: full werewolf. Teeth bared, she hunched over and glared around the room, waiting for something to twitch so that she could eviscerate it. I held still.

After a minute, I relaxed.

With a high-pitched scraping sound, the bed's metal frame buckled once, then lurched across the room. With a heavy thud, it slammed end-first into the door, scattering saw blades all over the carpet.

I got ready to shoot, but there was no one to aim at. The bed had moved of its own accord. I whirled around. No targets. Zheng growled, a menacing rumble from deep in her chest. She cocked her head like a terrier. I heard it too: a clinking sound.

The shuriken in the drawers floated up into the air. Suspended by some invisible force, they twirled in neat rows, their sharpened edges flinging light around the room.

"Jesus on the cross," Zheng said.

I bolted for the bathroom. "Move," I said. "Get the door." I couldn't seem to form complete sentences. My instincts were screaming in crimson meter-high all-caps. My legs felt like concrete.

The circular saw blades wobbled up off the carpet and formed a line, rotating cautiously. They hovered. Zheng turned to follow me into the bathroom.

As if fired from a gun, the shuriken sliced through the air towards us. Behind them, the saw blades spun forward.

A hungry blade caught me in the side, chewing through my ribs and shredding one of my lungs. I coughed out a scream and fell short of the bathroom door. Pain sizzled in my nerve endings as a cluster of shuriken bit into my upper back, embedding themselves in the muscle tissue. Another saw blade shrieked towards me. I rolled over. It thunked into the carpet, then trembled as it tried to wrench itself out of the floor.

Zheng lunged for the bed frame. "Get it off the door," she snarled. Shuriken swarmed her like a school of piranha, slicing into her wrists and thighs, then darting away. She hauled at the frame, but it wouldn't budge, held in place by the same force that had turned this hotel room into a slaughterhouse.

A saw blade whistled towards Zheng's neck. She jerked her head to the side. It bounced off the metal frame, then zipped towards me. I scrambled off the blood-soaked carpet and hurled myself into the bathroom. Kicking the door shut, I slid back across the tiles. Saw blades thunked into the door.

"Break the window," I yelled through the door. "Jump for it." Zheng could survive a six-story fall, no problem.

"Can't get through," she yelled back. "Any windows in there?"

I grabbed the sink, elbowed myself up, and glimpsed a blood-soaked ghoul in the mirror, a throwing star sticking out of his shoulder. With a grunt, I reached back and started to yank it out, then thought better of it. At least it was stuck in the bone. If I pulled it loose, it might go for my eyes.

"Oh, for fuck's sake," I said, backing away. The lid bounced up. A dozen serrated kitchen knives scraped their tips past the ceramic lid, shiny shark teeth poking forward as I reached for the doorknob.

Diving back into the room, I pulled the door shut behind me. The knives punched halfway through the door. I backed up.

Zheng stood in the middle of the room, clothes slashed to ribbons, muscles bulging as she swung the dresser around. Shuriken and saw blades, stuck in the dresser, shook violently as they tried to wrench themselves loose.

Flakes of plaster tumbled down from a ragged hole in the drywall; it looked like Zheng had tried to claw her way through to the next room.

I aimed my gun at the window, then saw the saw blades, dozens of them, pressed against the glass, a foot apart from each other, spinning silently. Any attempt to pass through them would hack me into strips.

"I got heartbeats," Zheng growled. It was hard to understand her with those monstrous fangs in her mouth.

Behind her, a swarm of shuriken wheeled and dove. "Behind you."

She dropped the dresser and swatted at the throwing stars irritably, some of them smacking into her arm, clacking into the bone. Blood spurted. She yelped. A metal lamp whipped itself off a nightstand and clocked me in the temple. I fell to my knees, black spots dancing across my field of vision. Zheng hauled me to my feet.

"Two pulses, both slow. All this yelling, they should be worried. But they're not. Whoever they are, they're asleep."

I blinked, trying hard to put this all together. A saw blade flew at me. I picked up the wooden coffee table and used it as a shield; the blade buzzed through the table and tore off part of my right bicep. I grabbed the spurting wound, clamped down on it. How much blood had I lost? Three or four pints? Out of what, ten? How long before I passed out and got decapitated?

A half-dozen saw blades peeled off the window and darted towards us. Zheng picked up the dresser and chucked it at them.

"Apologies in advance," Zheng growled. "No time to claw through the wall. I need a battering ram."

Ignoring my protests, she hoisted me up.

"You got all those metal parts," she said, a shuriken clipping one of her ears off. "Figure I'm strong enough, you should go through drywall pretty good." 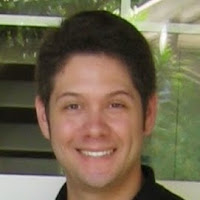 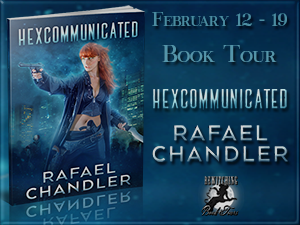