A legendary family is forced to fight against the most dangerous Pacific Drug Cartel. Will the de la Vega family succeed or will they die trying? 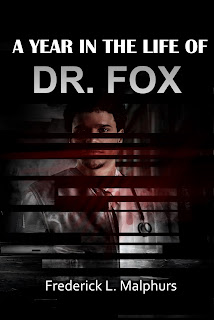 A Year in the Life of Dr. Fox
Frederick L Malphurs

During the years of Mexican President Calderone, drug cartels fought pitched battles against other cartels, the police, the army, and the good citizens of Mexico. Kidnappings, murder, threats, and intimidation by drug cartels impinged on every facet of Mexican life.

This story of the de la Vega family in Culiacan, the state capital of the Mexican state of Sinaloa, tells of their struggles with the death of their beloved sister and the courageous brothers who become a force exacting revenge on the Pacific cartel.

The family ancestors moved away from Southern California during the 1840's as the influx of white settlers changed the culture and created certain discriminations against Mexican-Americans. The family legend is the de la Vegas sold out and relocated to Culiacan, Mexico where they quickly established prominence socially and financially. In Culiacan, the whispers are frequently heard of their great wealth and of being descendents of the great Zorro. Eduardo de la Vega, known for his dedication to his community and his patients as a noted benefactor and surgeon, and Teodoro de la Vega, a Jesuit priest, beloved by all who know him, vow to protect their city from the cartel. The de la Vegas act with extraordinary stealth, boldly striking at the cartel. Eduardo de la Vega leads a secret life of retribution abetted by his adopted brother, the business wizard, 'Flaco' Salas.

This is a tale of adventure, action love, honor, and strength of family despite constant danger and threat.

Purchase from Amazon or BN 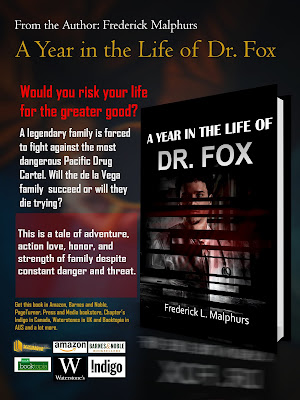 Father Teodoro de la Vega was sitting in an ancient wooden swivel chair, working on revisions to his doctoral thesis Methodism in America, when he heard the soft buzzing of his cell phone. He picked up the phone, swiveling his chair around before he spoke to look out the high tiny window in his cramped office at the far end of the Culiacan Cathedral. “This is Father De La Vega.”
“This is Lieutenant Flores of the federal police. We are trying to notify the family of Diego Sanchez. He has you listed as the family contact.”
Father Teodoro’s eyes stayed fixed on the fronds of the tall palm tree growing in the cathedral’s backyard. “Yes, I am Diego’s brother-in-law. How can I help?”
“I am sorry to inform you that your sister’s husband, Diego Sanchez, was arrested this morning and is currently being held in custody in Culiacan prison.” The lieutenant sounded subdued, deferential to the Catholic priest, sympathetic.
Father Teo was silent for several moments. “Oh my God, this is a shock. My sister was kidnapped three days ago, on January 2. She and Diego have three young children, and now this.” Father Teo sighed deeply and made the sign of the cross.
“I know about the kidnapping. I am so sorry. It seems your family is suddenly confronting great adversity. I can assure you that all the police agencies are working diligently to find your sister.”
Father Teo took several deep breaths before responding. “Would it be possible for me to go see Diego now?”
Lieutenant Flores was silent a moment. “Yes, under the circumstances, I’m sure there must be many arrangements to be made for the children. I will contact the prison and get your visit authorized.”
Father Teo stood up, suddenly feeling dazed; his jaw clenched as his eyes riveted on the small statue of Jesus he kept on his desk. “I am on my way to the prison now.” He next forced himself to call his brother, Eduardo, and their father, Alfonso. He quickly concluded each call with “I’ll call you back as soon as I learn anything.”
Father Teo quickly jogged down the hall and across the cathedral campus to his car. Outside, he stood beside his car and gazed upward for several moments, praying for his sister, Diego, and their children. Then he got into his battered Toyota and headed to the prison.
Father Teo sat in the visitors’ waiting room for thirty minutes before the guards escorting Diego burst through the door on the prisoners’ side.
They pushed Diego ahead of them and roughly shoved him into a chair. One of them said, “Sit down and shut up!” to Diego and waved a finger under Diego’s nose. Father Teo moved quickly to the cubicle opposite Diego and sat on the hard plastic chair in the narrow enclosure.
“Teo, tell me about my family.” Diego was somber and seemed to have physically shrunk since the last time Teo had seen him only three days before.
Diego’s usual state of casual good humor had been replaced with a pallid and tense facial expression. His eyes were tearing and moved only indirectly in the direction of Father Teo; he could not maintain eye contact for more than a moment. His eyes, now dark and sunken, slowly roamed the brightly lit room: floor, walls, ceiling, Father Teo.
“We have had no contact with Tina’s kidnappers. We are doing everything we can to find her. Eduardo and I are moving heaven and earth to find her.
The kids miss her and are understandably upset. How are you?”
“I am depressed as hell. I’m scared out of my mind. I am so grateful to you and Eduardo.” Diego dipped his head and nervously checked the position of the guards. “Please do everything you can to get these charges dropped and get me out of here somehow.”
“Of course you are depressed. Anyone would be in these circumstances.
My father is talking to lawyers right now. Your arrest has come as a complete shock to all of us.”
“I am embarrassed and stunned by my arrest too, Teo. Please tell my mother and the children that I love them, but I do not want them to come here. Seeing me in this place will only make things worse for them. Have you learned anything about the charges against me?”
Father Teo chewed on his lip. He hesitated while a myriad of happy family memories flooded his thinking: Diego and Tina’s wedding, the births of their three children, and many family gatherings. “You are accused and charged with consorting with narco-criminals by laundering their illegal earnings, aiding the cartel’s hit men by providing them with shelter, engaging in a criminal conspiracy, and accepting financial assistance from the Pacific cartel. I’m still in shock, Diego. I don’t understand this. Is any of it true?”
Diego squirmed in his seat and dropped his head to the Formica countertop of the little booth. “Oh my god,” he said this loudly, and the nearest prisoners on Diego’s side of the barrier turned in his direction. When he sat back up straight, his hands clutched his heart. Tears rolled down his cheeks.

Fred Malphurs spent over thirty-seven years working for the Department of Veterans Affairs, almost all of which was spent in the Veterans Healthcare Administration. He is the retired CEO or Director of the North Florida/South Georgia Veterans Healthcare System based in Gainesville, Florida, and is a retired Fellow of the American College of Healthcare Executives. Married to Robin, a nurse executive, between them they have six children. Having transferred thirteen times, been on three long term details, and service in the VA Central Office in Washington on three different occasions, Fred has been exposed to the inner workings of health care delivery, the political administration in the executive branch, and has testified before various House and Senate Congressional committees. His career spans from the impact of returning veterans from the VietNam War, Iraq to the current war in Afghanistan. In the course of serving in the VA, Fred received numerous awards during his career, including the two highest: Presidential Rank, at both the meritorious and distinguished levels. Medical Centers under his direction have twice received the VA's highest award for quality, the prestigious Carey Award. As a network director, the networks under Fred's leadership twice received the VA's highest award for quality, the Kizer award, in addition to being recognized many times for having the best practices in a wide variety of administrative and clinical areas. He has published in health care periodicals, given media interviews, and appeared on television in the course of his career.

In retirement, Fred turned to writing, lifelong goal. He has published his memoirs: My Life in the VA: Lessons in Leadership, and three novels: Meanie Mouse versus the Orlando Operators: The Adventure Begins, Mexia: A Novel: The Memoirs of J.C. Mulkey, and Spies and Lies: The Paradox. He is currently working on a play, The Patio Club, and is revising his next novel, A Year in the Life of Doctor Fox. Fred lives in Gainesville, Florida. 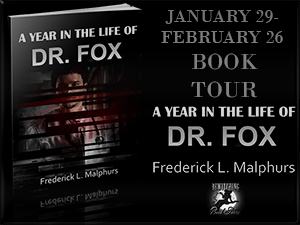