Tooth for Tooth
by JK Franko What would YOU do?

What would you do if you got away with murder? Would you stop there? Could you?

Susie and Roy thought that they committed the perfect crime.

Their planning was meticulous. Their execution flawless.

But, there is always a loose end, isn’t there? Always a singing bone.

Now, while enemies multiply and suspicions abound, their perfect world begins to crumble.

The hunters have become the hunted.

IN THIS BLISTERINGLY RELENTLESS SEQUEL TO HIS DEBUT SHOCKER, EYE FOR EYE, J.K. FRANKO TAKES READERS ON A BREATHTAKING JOURNEY OF CAT AND MOUSE

Before meeting Susie and Roy, I had never met a murderer. But then, I had also never lied to the police or destroyed evidence. I had never seen the inside of a jail cell. And I had most certainly never been complicit in a homicide.
I have to reluctantly admit that I am a better person for the experience. I now appreciate that murderers really are just regular people like you and me. Indeed, I have come to consider Susie and Roy more than mere patients... they are friends. And I think back on our time together with nostalgia—fondness, even.
This did not happen overnight. It was a process.
What would you do if you found out that your neighbor was a murderer? Would you double-check that you’d locked your doors every night? Keep an eye out for strange comings and goings? Would you ultimately put your house up for sale, not disclosing what you knew about the folks next door to potential buyers?
For most people, being in the proximity of a killer is neither pleasant nor desirable.
Imagine how I felt about having not one but two as-yet-undetected murderers as my patients. Sitting with each of them for hours every week. Trying to guide them toward more moderate conflict resolution techniques. And failing.
Well, I’m here to tell you that despite the complexities inherent in that situation, I found my path to inner peace and happiness.
I know. I may have said elsewhere that, as a psychologist, I’m not a big believer in “happily ever after.” But my thinking has evolved.
I’ve come to believe more in choices—in the power of decision. This is the key nugget of wisdom I have taken away from this whole mess: We are not what happens to us. We are what we choose.
And I am pleased to report, for the first time in years, that I can finally say I am happy.
You have to understand that my unhappiness was not due to lack of trying. Chalk it up to naiveté—but, at first, it was difficult to process everything Susie and Roy told me and still be happy.
It’s hard to put a positive spin on murder.
Selfishly, I was overwhelmed by the fear that they might turn on me. They had shared everything about their crimes with me in meticulous detail. It was manifestly apparent that I was the weak link. The one person who could bring them down.
I was not just a loose end.
I was the loose end.
And, though I tried, I could not initially find peace under these circumstances. But, as I said earlier, happiness is a choice. And it was a choice that I made which finally ended my torment and brought me to a place where I could be at peace—even though everything ended tragically: my relationship with Susie and Roy, their marriage, the whole mess.
For you to understand the rest of my journey with Susie and Roy, I must share with you something that happened years ago at an ostensibly happy event. I say ‘ostensibly’ because it was a wonderful night for almost everyone concerned.
There were two people at that event who figure in this story—in my story.
The first is Sandra Bissette. For her, the night in question was the beginning of what would become a successful career in politics and law.
For the other, Billy Applegate, the night would end in tragedy. 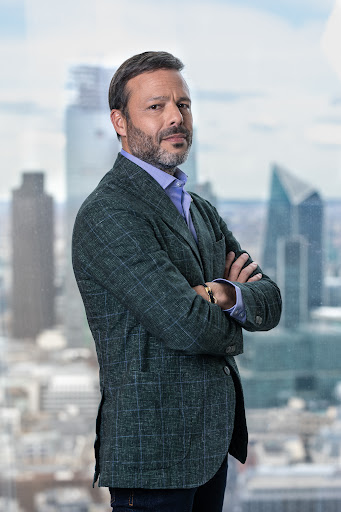 J.K. Franko now lives with his wife and children in Florida.