Book Spotlight ~ Beyond the Next Star (Love Beyond Series, Book One) by Melody Johnson @MelodyMJohnson ~ Sci-Fi Romance

An intolerable order. A desperate charade. A deadly secret. 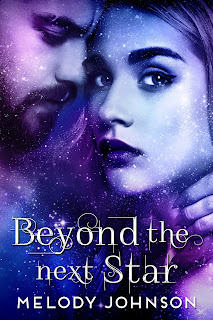 Beyond the Next Star
Love Beyond Series
Book One
Melody Johnson

“She wasn’t dreaming, in a coma, having a mental breakdown, or in hell.
She was abducted by aliens.”

Before Commander Torek Renaar can return to active duty, he’s ordered to purchase an animal companion to help relieve his PTSD symptoms. But having been a caretaker for and lost a loved one, keeping even one little human alive is a challenge he feels doomed to fail. It doesn’t help that his animal companion is the newest, most exotic breed on the market, demanding constant attention, daily grooming, and delicate handling. If she doesn’t die first in his incompetent care, she’ll be the death of him.

After witnessing the murder of her domestication specialist, Delaney McCormick allows her new owner to treat her like the pet he believes her to be. If anyone suspects she’s more intelligent than a golden retriever, her murder would be next. She endures the humiliation of being washed, the tediousness of being trained to “sit” and “come,” and the intrigue of hearing private conversations. But in Torek’s care, she finds something unexpected on this antarctic planet, something she never had in all her years on Earth while house-hopping between foster families: a home.

As companionship grows to love, must Delaney continue the charade, acting like an animal and hiding from the murderer waiting on her misstep? Or can she trust Torek with her secrets, even if the truth threatens everything he holds dear—and both their lives? 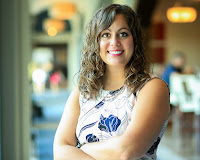 Melody Johnson is the author of the “out of this world” Love Beyond series and the gritty, paranormal romance Night Blood series published by Kensington Publishing/ Lyrical Press. The City Beneath (Night Blood, book 1) was a finalist in the “Cleveland Rocks” and “Fool For Love” contests.

Melody's unique perspective on vampires lends fresh bite to a classic paranormal genre. In addition to a reimagined transformation—the requirement of night blood—vampires have gargoyle-looking, vicious day forms, an orgasmic bite, and as the series progresses to Sweet Last Drop (book 2), a mindless, rampaging, zombie-like breed is introduced. Melody is constantly upping the stakes, and Day Reaper (book 4) is no exception.

Beyond the Next Star is an exciting branch from Melody's paranormal romance roots, keeping the dark grit from her Night Blood Series and taking it to new worlds. Told from the dual perspectives of both human pet and alien owner, Melody's story weaves a slow-burn romance that explores the bonds of love in all its forms, navigating the main characters’ relationship in delicate stages from oblivious ownership to woke, romantic love.

After moving from her northeast Pennsylvania hometown for some much needed Southern sunshine, Melody now works as a digital media coordinator for Southeast Georgia Health System’s marketing department. When she isn’t working or writing, Melody can be found swimming at the beach, reading at the pool, and exploring her new home in southeast Georgia. 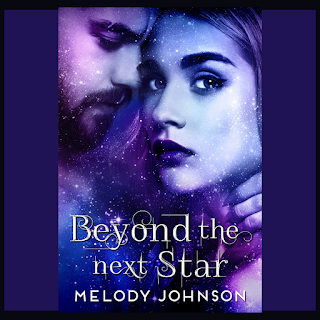