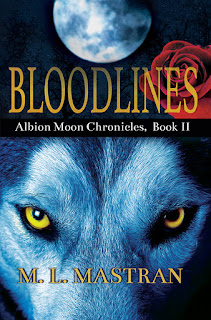 Tagline:  The Fight was only the beginning, now its war!

Evaline and Mason expand their family as an old threat hides in the shadows.  As we dive deeper into the backstory of the MaCowans, we see how it’s all connected to Evaline’s story.

When the old danger finally resurfaces, it forces Evaline and company to new shores.  Armed with a plan, they soon find out it’s not as simple as they thought.  New revelations about family secrets emerge only to send Evaline into a tailspin.

As they finally confront the danger, the family must contend with the prospect that they may not survive unless an unknown ally steps in.  Meanwhile, just as the old threat is dealt with, a new, more menacing danger sets its sights on Dunsmuir.

She got her keys out of her jacket pocket then exited the home onto the porch. Before going down the steps, she stopped. A shiver coursed through her body; the same feeling as when one was being watched. She peered down the street and saw nothing amiss. Same thing for across and the other side.
Her gut swirled, telling her to turn around. The tree across the street looked different, but she couldn’t quite figure out why. Its leaves and branches stirred in an unnatural way, seeming to dance on their own against the breeze.  Every hair on her body stood up at once. The deep silence bothered her—no crickets chirped, nor owls hooted, and there was no sway of the trees or tall grass; the night was calm. She decided to get the book then go inside. After unlocking the car with her key fob, she opened the car door, stretching her arm over and into the back seat.
“Where are you?” she mumbled.
She didn’t see it moving all around, whatever it was. Given the surrounding movement, undoubtedly it wasn’t just one.  The tree trunks seemed to come alive as the tall grass across the street shifted. Silent like shadows, they moved, staying just enough out of sight. Kristy found the book underneath the front seat.
She got out of the car then scanned nearby her. Nothing. Kristy hurriedly closed the car door and turned toward the porch. She peeked over her shoulder. An involuntary gasp escaped her. Shadows darted toward her. She got to the steps and froze. Her eyes widened, and her heart pounded in her chest. The pit of her stomach churned. Not shadows, animals. She could now hear the low growls from the animals around her. But what were they?
She blinked and, just like that, a man stood in front of her. He wasn’t wearing any clothes and had a gleam shimmering in his eyes.
She wanted to scream, but the man caught her attention.
“Uh uh uh,” he said as he put his finger to his lips and then in one breathe, he whispered, “Shhhhhhh.”
His fingernail was long and black with a slight curve at the tip. The man grinned, with glowing eyes and wild should-length hair, but he had a trimmed beard. A voice inside her head was screaming to run as she frantically looked for an escape. Her adrenaline pumped as she saw a chance to get away and tried to take it but before she could do anything, something grabbed her from behind and clenched her tight, it was difficult to breathe. The man neared and stopped, only inches away.
In a harsh, low tone, he said, “If you struggle, it will take less than a second for him to squeeze the life out of you. Don’t.” 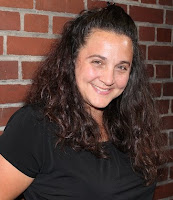 Nothing captures the attention of M.L. Mastran more than writing a good story with amazing characters and a history arc that made the history books. This is the Albion Moon Chronicles in every sense.

On the flip side, M.L. can also journey to another world completely and pull the same elements with fantasy and make the reader yearn for more. Her uncanny ability to blend genres makes her unique to the literary world and an absolute reading joy. From the first moment you open the page, curiosity will pull you in and keep you engrossed in the story as you take the voyage with the characters to different places and times; to experience the events as they unfold.

Whether being told from a one character perspective or several points of view, her stories will unfold in your mind like a movie playing in your head. This is what pushes M.L to write her stories. It’s the thrill of the read and the drive to carry readers away that will make this trip to the literary world of imagination all the sweeter.

M. L. was born in Scranton Pennsylvania but was raised in Youngstown, Ohio, which is also where she currently resides with her husband and son.  Since a young age, she has always had a passion for storytelling.  Anything that was of interest to her she could find a story with however, it was her stories of experiences such as walking in an old cemetery, to riding a roller coaster to walking the lonely isles of an old junk yard that seemed the most precious.

M. L. has an undergraduate degree in Communication but also majored in History, which is what her Master’s Degree is in as well.  She also started on her PHD in History.  This love of history is very evident in most of M. L.’s stories. While studying for both degrees, she wrote numerous works for the academic audience.  Many of which were presented and published for both student and professional audiences, but at home she would continue to dabble with her love of fiction.  It was the challenge of creating a new world and characters that would make for some great stories.  In fact, she found out very quickly, strong characters drive the story and make it worth the journey. 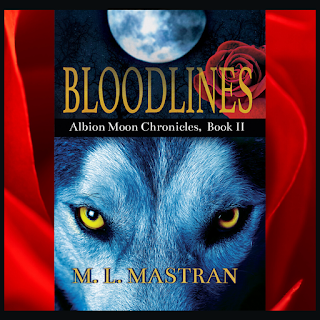 
a Rafflecopter giveaway
at 5:00 AM