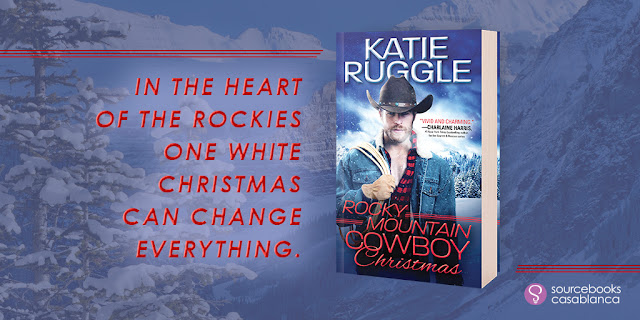 In the heart of the Rockies

One white Christmas can change everything.

When firefighter and single dad Steve Springfield moved his four kids to a Colorado Christmas tree ranch, he intended for it to be a safe haven. But he never expected danger to follow them to his childhood home…

Or that he would come face-to-face with the one girl he could never forget.

Folk artist Camille Brandt lives a quiet life. As the town’s resident eccentric, she’s used to being lonely—until Steve freaking Springfield changes everything. Brave and kind, he’s always had a piece of her heart, and it doesn’t take long before she’s in danger of falling for him again. But as mysterious fires break out across the sleepy Colorado town, Steve and Camille will have to fight if they want their happy family to survive until Christmas... 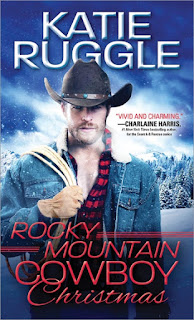 Taking the four porch steps in one leap, she reached for the storm door handle. Just as her gloved fingers were about to close around it, hard arms wrapped across her middle and yanked her back.

Shock stole her voice for a brief second, allowing the person behind her to drag her several steps away from the house before she started struggling. “Lucy!” she shouted, but her voice was drowned out by sirens and truck engines she hadn’t even noticed until that moment. “I need to get Lucy!”

She shoved at the iron bands locked around her waist, twisting her body from side to side in frantic attempts to free herself, but she couldn’t get away, couldn’t stop them from pulling her farther and farther back from her burning house, away from any chance she had to save Lucy.

“Stop!” she cried out, a sob harshly burning her throat, her eyes locked on the black smoke curling out of the eaves, the windows glowing red. “Lucy’s in there!”

“Camille!” It was Steve’s voice. “Listen to me. You can’t go in there. You’ll die, and so will Lucy. I’ll go get her. I have the gear, so I can go in that house.” As he continued to talk in his calm but firm way, his words started making sense and she began to still. This time, her sob was one of overwhelming relief. Steve was there. He’d save Lucy. It’d be okay. They’d both be okay.

Turning, she fumbled with her welding helmet, and he helped her pull it off. The sirens had ceased, but the flashing red and white lights still lit up her yard in pulses. The only sounds were the fire-truck engines, people shouting commands, and Steve’s calm, steady reassurances. She concentrated on his words until even the fire became a muted roar in the background.

“You with me?” he asked gently. A face shield and breathing equipment masked his features, and bunker gear added bulk to his already sturdy frame, but his voice reminded her that he was here. He would make everything okay.

“Yes.” Her voice shook and rasped, raw from the smoke. “Please get Lucy out.”

“I will.” There wasn’t any hesitation, and Camille believed every word. “Who’s Lucy?”

Another firefighter Camille recognized as Rose Marie Mackenzie ran toward them with a medical bag, but Steve didn’t look away from Camille. “Is there a place she likes to hide when she’s scared?”

“My bedroom. S-second floor.” She tripped over her words, tears welling in her eyes at the thought of how scared Lucy must be. “Top shelf of the bookcase.”

“I’ll get her.” There it was again, that sure, steady assurance that made Camille believe that he could do anything.

“Thank you.” Her heart ached with gratitude. “Be careful.”

“I will.” He turned the simple phrase into a promise. “Stay with Mackenzie here, and don’t try to go back in that house, okay?”

“I won’t.” She tried to put as much resolve into her words as was in his, wanting him to believe her so he wouldn’t have to worry.

She must have succeeded, because he tipped his head in a nod and left her with the other firefighter. Mackenzie wrapped a blanket around her shoulders and tried to lead her away, but Camille didn’t want to move.

“Just a few steps over there,” the firefighter said, her voice soothing, though not as reassuring as Steve’s had been. “That way, you can sit down and still see everything that’s happening.”

By the time she was seated on the back of the fire rescue truck with an oxygen mask on and Mackenzie checking her blood pressure and blood oxygen levels, Steve was entering her front door. Light caught the reflective stripes on his bunker coat, and the sight reminded her of the photo Mrs. Lin had taken on her phone. The dark image seemed even more foreboding now, as if it had been a prediction of this terrible night.

Then Steve stepped inside, and all her anxiety focused on him, on the fact that he’d just gone into her burning house to save her cat. She thought of his kids, of how they’d be orphaned if Steve never made it out. Terror and guilt churned together in her stomach as all the horrible possibilities ran through her head. Why hadn’t Lucy been her first thought once she’d realized the workshop was on fire? She should’ve gone into the house, rather than just thinking about her escape. “It should’ve been me,” she said softly, her eyes locked on the open front door of her house.

Despite the oxygen mask, Mackenzie managed to hear her words. “No, it shouldn’t’ve.” Her tone was upbeat but firm. “He has the training and the equipment, and you barely managed to get yourself out. He’s done this hundreds of times. It’s his favorite thing, saving kittens. He’s great at it, too.”

The matter-of-fact way she spoke made Camille’s tightly wound muscles relax the slightest bit. She remembered the way Steve had said he’d be careful and that he’d get Lucy out. It’d been a firm promise, and she needed to trust him to keep his word. “That’s a dangerous hobby. Aren’t you worried, watching him walk in there like that—or when you walk into a fire?”

“Sure.” Mackenzie unwrapped the blood pressure cuff from Camille’s arm. “It’s always there, at least a little, on every call. It keeps me careful. I can’t let it take over, though. Panic never helps anyone. We just have to trust in our training and our partners to keep us safe.”

As true as that was, Camille couldn’t keep from staring at the house, willing Steve to walk out unharmed. The red glow seemed to be brightening in the lower-level windows, and Camille flinched at the sound of breaking glass. “Did something explode?” Her heart felt like it was going to beat out of her chest.

“No.” Mackenzie sounded just as calm as she had before, and Camille took comfort in that. “The glass just got too hot.”

Her gaze raked the windows and doors for any sign of Steve, but there was nothing. 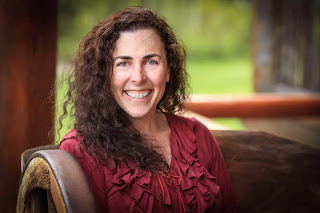