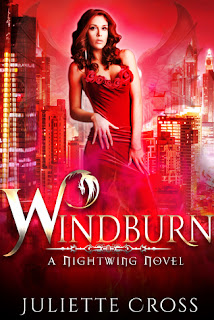 No man can win her heart—until now…

In the Gladium Province, the boundaries between humans and Morgons, the dragon-hybrid race, continue to blur as a new generation surrenders to long-forbidden temptation…

Sorcha Linden does whatever she wants whenever she wants, and no one can stop her. Least of all a man. After all, they’re good for only one thing—warming her bed. But then she meets Lorian Nightwing, brother of Lucius. Seductive and iron-willed, he is determined to melt her emotional defenses—and warm her rebellious heart.

The beast within Lorian longs to cage Sorcha and mark her as his own. Forever. Yet the man within also longs to protect her. When a stalker starts leaving Sorcha suggestive gifts with cryptic messages bearing an ancient blood cult symbol, Lorian’s dragon side takes over. With her life at stake, Sorcha can no longer deny the love they share. But when evil tracks her into the night, will she be too late to claim it?

This is My Review of the Re-Release:

Sorcha Linden loves men; human, Morgon, it doesn’t matter. She loves them in her bed but not so much with the emotional ties to her heart. She keeps everyone at a distance. Her childhood showed her that she can’t rely on men for anything but a good time and a goodbye. Until she meets Lorian, that is. She can’t help but backtalk and show her spunky attitude to the hot, panty-melting Morgon. All this does it draws him closer to her with a mission to make her all his.

His protective side shifts into overdrive when mysterious gifts bearing a blood cult symbol start popping up. Of course, our independent, fiery redhead digs her heels into the ground at any mention of him helping her, until the danger increases and she’s knows it would be foolish not to accept any protection. When the blood cult stalker makes his final move, Sorcha doesn’t know whether she’ll live or die but she does know one thing – she loves her brooding, overprotective Morgon, and she only hopes she’ll be able to tell him.

Just as with the first book in this series, once I began reading, I was hooked. I devoured it in one sitting. The story is engaging, and the characters are wonderful. I enjoyed the interactions between Sorcha and Lorian. I love the tension the author builds up between the hero and heroine of her stories. Sorcha’s sass and Lorian’s broodiness is wonderfully written. Lorian’s demeanor says hands off but his eyes and subtle movements where Sorcha is concerned, scream otherwise and Sorcha plays up on that.

Windburn is a riveting, fast paced story told with passion. I love Juliette Cross’s writing style and the way she tells stories. Windburn is not my first experience with this author, nor will it be the last. Her ability to create paranormal stories with romance, action and a solid plot is what keeps me coming back.