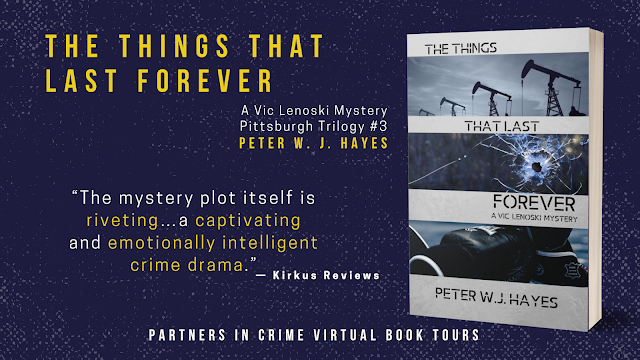 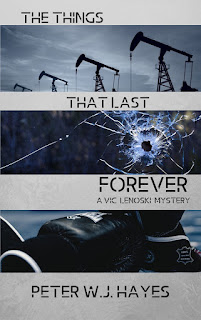 After a house fire hospitalizes his partner and forces him onto medical leave, Pittsburgh Bureau of Police detective Vic Lenoski starts a desperate search for the woman who set the blaze. She is the one person who knows what happened to his missing teenage daughter, but as a fugitive, she’s disappeared so thoroughly no one can find her.

Risking his job and the wrath of the district attorney, Vic resorts to bargaining with criminal suspects for new leads, many of which point to North Dakota. He flies there, only to discover he is far from everything he knows, and his long-cherished definitions of good and bad are fading as quickly as his leads. His only chance is one last audacious roll of the dice. Can he stay alive long enough to discover the whereabouts of his daughter and rebuild his life? Or is everything from his past lost forever?

Sometimes you walk into a room and what’s inside changes your life forever. That sense stopped Vic just inside the doorway. A woman with skin the color of dark amber lay on the only bed, her bandaged arms shockingly white among the shadows. She was reflected in a large window in the far wall, the outside sky as black and still as the inside of a tomb. He smelled disinfectant and blood. Numbers and graph lines flared on grey-eyed medical monitors. Somewhere in the vast empty spaces of the hospital a voice echoed.

Never had a partner so close to death.

Never thought a room could seem as hollow as he felt inside.

The feeling was so disembodying that when he reached the bed and looked into the woman’s face, he half expected to see himself. But it was Liz, her forehead and knobby cheekbones smeared with ointment, eyebrows and eyelashes burned away. A bandage covered her left earlobe where her favorite earring, a small gold star, usually sat. It seemed like every breath she took pained her.

He wanted to take her hand but the bandages made it impossible. “Liz,” he said softly, her name almost lost among the beeps and clicks of the monitors. Liquid dripped into a tangle of IV tubes at the back of her fist.

“Liz. Doctor told me I could talk to you.”

Her eyes opened. He watched her pupils widen and narrow as they absorbed the distance to the ceiling and distinguished shadows from feeble light.

She turned her face to him. “You got me out.”

Relief rose in Vic’s throat. “Yeah. But the house didn’t make it.”

Vic squeezed his eyelids shut and rocked on his heels. He didn’t know where to start. Cora Stills. The one person who knew something—anything—about his missing teenage daughter. Liz on her way to arrest her. Instead, Liz, handcuffed to a radiator pipe as flames lathered and stormed through Cora’s house. Cora’s burned-out car found two days later on a crumbling stone dock next to a deserted warehouse, the Allegheny River emptying westward.

Cora, alive and moving through that tomb of darkness outside the window. Free.

“Vic…” Liz said something more but he couldn’t make it out.

She forced her words from somewhere deep inside, and as she spoke, he knew this was what she saved through all the fear and pain to tell him. “Someone told Cora I was coming.”

Peter W. J. Hayes worked as a journalist, advertising copywriter and marketing executive before turning to mystery and crime writing. He is the author of the Silver Falchion-nominated Pittsburgh trilogy, a police procedural series, and is a Derringer-nominated author of more than a dozen short stories. His work has appeared in Black Cat Mystery Magazine, Mystery Weekly, Pulp Modern and various anthologies, including two Malice Domestic collections and The Best New England Crime Stories. He is also a past nominee for the Crime Writers Association (CWA) Debut Dagger Award.

This is a rafflecopter giveaway hosted by Partners in Crime Virtual Book Tours for Peter W.J. Hayes. There will be 4 winners for this giveaway. Two (2) winners will each receive one (1) Amazon.com Gift Card and two (2) winners will each receive one (1) physical copy of The Things That Last Forever by Peter W.J. Hayes (US Only). The giveaway begins on January 1, 2021 and runs through March 2, 2021. Void where prohibited.