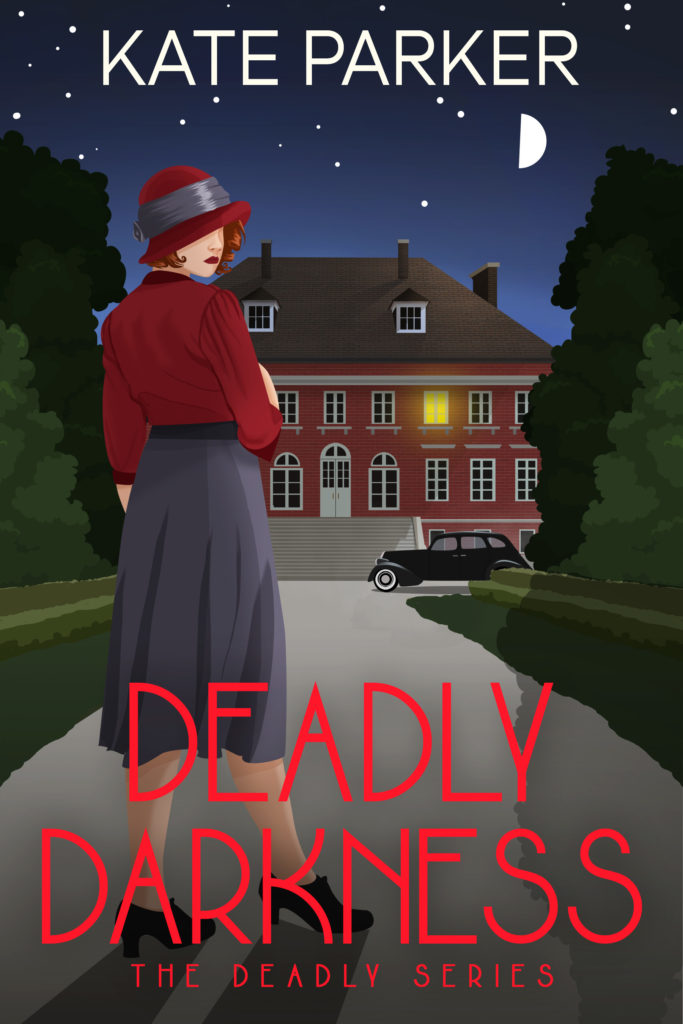 As Britain prepares for an imminent invasion, the murder of a celebrated Arctic explorer leads to the discovery of a web of Nazi spies on the south coast.

July, 1939. Newlywed Olivia Denis Redmond plans to spend a peaceful honeymoon in the country before war rips her soldier husband away. But when she finds a dead body in the midst of a blackout, Olivia is drawn into the investigation.

Since the police inspector isn’t interested in clues pointing to espionage and blackmail, Olivia must unlock secrets hidden for years in this idyllic village and face the wrath of an unseen enemy.

As danger stalks her, can Olivia expose a cunning killer before she becomes the next victim?

Deadly Darkness, the sixth book in the Deadly Series, is for fans of World War II era spy thrillers and classic cozy mysteries, of intrepid lady sleuths with spunk and smarts. No explicit cursing, sex, or violence.

Start exploring this journey or mystery and intrigue today as Britain and Germany draw dangerously close to war.

Kate Parker caught the reading bug early, and the writing bug soon followed. She’s always lived in a house surrounded by books and dust bunnies. After spending a dozen years in North Carolina, she moved to Colorado. The Rocky Mountains are beautiful, but she’d developed a love of wide rivers, warmer and wetter weather, and fast-growing greenery that sent her hurrying back to North Carolina.

Deadly Travel is the fifth book in the Deadly Series, and Kate’s plan is to follow it quickly with Deadly Darkness, both set in 1939 in the days leading up to war. There are at least three more of the Deadly Series coming that will bring the beginning of the war to Olivia’s doorstep. Kate reports that she is having fun creating new stories to entertain readers and chaos to challenge her characters.