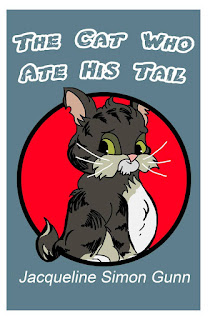 The Cat Who Ate His Tail
Jacqueline Simon Gunn

Have you ever wondered what your pets are thinking?

Inspired by true events, this heartwarming story is told from the perspective of Sneakers, a curious cat with serious emotional baggage. Neglected and ultimately abandoned by his original owner, he compensates for the trauma by overeating and making droll observations about the crazy love life of his new owner… who also happens to be a psychologist.

Through paying attention to her work, the loving home she provides and watching her own trials and tribulations, Sneakers learns so much more about life, love and the ways of the world. Both their lives take unexpected turns, both suffer for their own inability to see their inherent worth. But just maybe they can help each other learn the most important lesson of all before it’s too late: If you let it, love can heal even the deepest wounds.

Sometimes you must be willing to take that second chance. 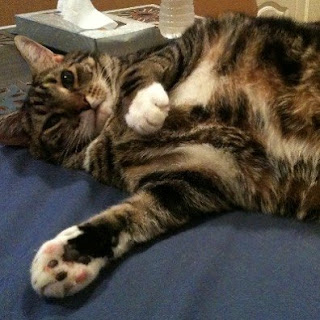 “I love her,” he raised his voice. His feet were right next to the couch. Please, don’t make me kill you. I’d be the cat who ate his tail and killed a human on the Upper Eastside. This would not look good for me. They’d judge me based on the tail incident and assume the murder was due to my instability, never considering the duress that preceded his demise.
That’s why he was living with a shrink. Nut job. I heard the newscasters saying.
My eyes followed his feet. He bent down, glaring at me underneath the couch, and yelled, “I love her. You hear me. Just because she isn’t the girl I want to spend my life with doesn’t mean I don’t love her.”
What kind of catnip was he sniffing? Leave her alone then.
I stared back at him, my heart pounding even harder.
I heard rummaging. From his shadow, I thought he was in her desk. Probably trying to sift through her drawers. Maybe looking for notes or things she’d written down, so he knew what she was thinking. Then the couch bounced as he plopped down onto the middle cushion. I wondered how this was going to go down when she came home and found him. Which would be worse: finding him dead or alive, I wondered. But before I had to choose, he got up, and I heard him fumbling around in the kitchen, and then the front door closed.
I waited an ample amount of time, inhaling to get my breathing even, then strutted into the kitchen, sniffing around where he’d left his sour scent, the only evidence of him being here. I knew humans’ sense of smell wasn’t as strong. I wondered if my mom would know just by intuition that Moby had come. I thought of ways I might communicate it to her. I was lying on my chair ruminating about this when I heard my mom turning the doorknob, then her voice mixing with that of a strange man’s.
I took a heavy breath. What a stressful night. Now I had to scrutinize the new guy while figuring out how to tell her about Moby’s appearance. I was exhausted and crashing from the adrenalin of what had happened earlier.
“What’s wrong, handsome?” She kneeled beside me, rubbing my head. Looking up at this new tall man-human who had a warm smile, she explained, “He always greets me at the door. Something feels weird in here.”
“Whadaya mean?”
“Like someone was here.”
“Like a break-in? “Or like a ghost?”
She looked around. “Nothing looks out of place on first glance. Do you believe in ghosts?”
“I do, and I think cats see them. Maybe he saw something.”
“He does look spooked by something, doesn’t he?”
“It’s hard to tell.” He bent down and rubbed my head. “He is a good-looking cat.” He rubbed under my neck. “Did you see something?” he asked me.
“Maybe they see things that aren’t there. Maybe he thought he saw something.” She wore a perplexed looked, but it got me thinking and wondering if that ghost thing was possible.
Maybe I was losing my mind. Was Moby here or did I imagine the whole thing because the idea of him haunted me?
Gosh, maybe that last catnip pillow was laced with something. 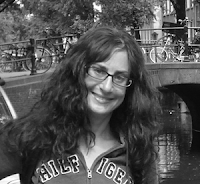 Jacqueline Simon Gunn is a Manhattan-based clinical psychologist and writer. She has authored two non-fiction books, and co-authored two others. She has published many articles, both scholarly and mainstream, and currently works as a freelance writer. Gunn is now writing psychological fiction. Always in search of truth and fascinated by human behavior, her fiction writing, like psychology, is a way for her to explore human nature — motivation, emotions, relationships.

In addition to her clinical practice and writing, Gunn is an avid runner and reader. Gunn is currently working on multiple writing projects, including a spin-off of “Forever and One Day,” the third book in the Where You’ll Land series and a book written from her cat’s POV. 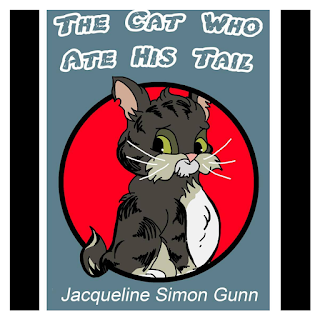