In the mid-1800s, three immigrant families—Irish, Mexican, and Japanese—settled along the banks of the American River in Northern California. A century later only one family remains. The Morales family lost their land when California became a state. The Japanese colony collapsed. But Cormac McPhalan’s Mockingbird Valley Ranch, now managed by his grandson, Owen, is still a thriving family business.

Then, in the politically- charged year of 1959, Owen’s wife, Marian, leaves the ranch to follow her dream of becoming a professional artist. Her twelve-year-old daughter, Alex, a musical prodigy, goes with her, while fifteen-year-old Kate stays behind and tries to hold the family together despite the growing rift between her father, Owen, and her older brother, Julian. But Kate shocks and angers her father when she falls in love with the ranch foreman’s son, Japanese internment camp survivor, Tommy Ashida. And Marian’s summer love affair with with a talented young musician, Carl Morales, ignites a firestorm that will later impact all three families.

From the concert halls of Europe to Kyoto’s ancient avenues, and Manhattan’s artist’s lofts to San Francisco’s North Beach, the members of a new generation— artists, musicians, poets and politicians, the inheritors of their immigrant ancestors’ hopes and dreams— make their way through the turbulent decade of the sixties. But when an unexpected tragedy brings the three families together, they find that they are torn apart by conflicting opinions, dangerous secrets, engrained prejudices, and their own lofty ambitions.

Set against the natural beauty of Northern California, O’Connor weaves a complex tapestry of interrelationships and betrayals that captures the mood and resonance of a decade that began in innocence and ended in despair. 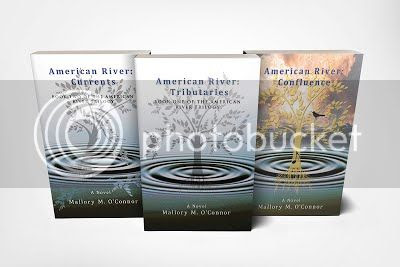 Other Books in the American River Trilogy

In the second book of the American River trilogy, a cavalcade of disasters both personal and public threatens to overwhelm the scattered members of the McPhalan, Ashida, and Morales clans during the tumultuous 1960s.

Katestill mourning the death of her brother, Julian finds herself torn between her love for Carl, now a celebrated conductor who is looking for career opportunities on the East Coast, and her devotion to the West and especially the family ranch at Mockingbird. Also, while attending a music festival in Venice, Italy, she meets Stefan Molnar, a renowned concert pianist, who has become her sister Alex's mentor (and lover). As Kate and Stefan's unintentional relationship grows, complications multiply.

Meanwhile, Tommy Ashida, now studying in Japan, falls in love with Emiko Namura, the beautiful, sheltered daughter of a Tokyo businessman. He hopes she holds the key to understanding his Japanese heritage, but will that knowledge lead to happiness or something darker?

Determined to make her mark in the male-dominated art world, Kate's mother, Marian, decides to move to New York while Kate's father, Owen, becomes involved in local politics. When he is elected to the California Assembly, he finds himself in direct opposition to Jorge Morales, Carl's father.

Alliances fray, relationships dissolve, divisive secrets are revealed, and promises are broken as the members of three California families struggle to salvage their shattered dreams.

Set against the natural beauty of Northern California, O'Connor weaves a complex tapestry of interrelationships and betrayals that captures the mood and resonance of a decade that began in innocence and ended in despair.

American River: Currents, Book Two of the American River Trilogy, is filled with passionate and resolute characters who refuse to let go of their unique visions of success even as life's tumultuous currents threaten to sweep them all away.

Book three of the American River Trilogy begins with the three families—the McPhalans, the Morales, and the Ashidas—in turmoil. Following Owen McPhalan’s death, his daughter Kate has inherited Mockingbird Valley Ranch only to discover that the once profitable family business is no longer sustainable. Desperate to find a way to save Mockingbird, she struggles to formulate a plan. But she hasn’t counted on the wrath of Dan Papadakis, Owen’s former campaign manager, who is working behind the scenes to undermine her efforts.

Part I: The Ancestors

Cormac McPhalan paused at the top of the bluff and stood for a moment admiring the view. To the east he could see the peaks of the High Sierra that John Muir would later call the “Range of Light,” lonely granite spires capped even in summer with a mantle of snow. Cormac studied the mountains, his spirits, as always, lifted by their grandeur.

Turning, he looked toward the west where the Central Valley of California spread out wide and flat, a violet lake bordered by the Coast Range, a wavy, blue line on the far western horizon.

A hawk swept past, screaming its warning, and Cormac’s eyes followed it into the still dark canyon where the North Fork of the American River had carved a rock-strewn channel. Although he couldn't see the river, he could hear its wild, cascading song, a husky roar fueled by snowmelt from the spring thaw. The river had been like that—high and wild—when he first laid eyes on the land that would become Mockingbird Valley Ranch. 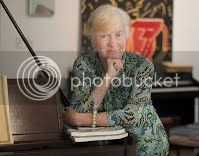 Award-winning author Mallory M. O’Connor is a writer, art historian, musician, and professor emerita at Santa Fe College where she taught art history and served as director of the Santa Fe Art Gallery. O’Connor holds master’s degrees in both American history and art history from Ohio University, and has also lived in California, Florida, Mexico and Tennessee. She is the author of two non-fiction art history books, both published by the University Press of Florida. Since retiring from her position at SFC, Mallory has written three novels, the American River Trilogy. Book One, American River: Tributaries, was published in 2017 and recently won First Prize in the Fiction Category from Northern California Publishers and Authors. The book also won the President’s Award for Fiction from the Florida Authors and Publishers Association. Book two of the trilogy, American River: Currents, was published in 2018. Book three, American River: Confluence, is scheduled for a November 2018 release.