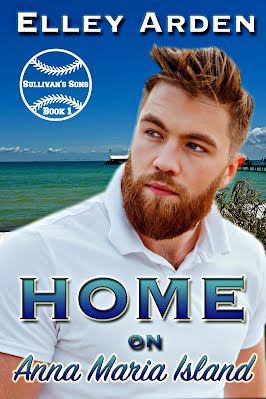 Pittsburgh Privateers third baseman Gavin Sullivan is home on Anna Maria Island with a lot on his mind: his mother’s recent battle with breast cancer and, now, the surprising news his oldest brother, Colby, is a twin. Gavin has a sister he’s never met, and worse, he’s sworn to secrecy while his parents try to find her. Is it any wonder he shows up to Spring Training thirty pounds heavier than last season? Armed with a complicated diet and a warning from Coach Zee, Gavin feels wrecked, until he finds a half-naked goddess on his parent’s stretch of beach. Funny how the body that has been making him feel so miserable lately suddenly has him flying high.

Curve model Emerson Raye wants to prove the naysayers back home in West Virginia wrong. Big is beautiful, too. All she has to do is land a spot in the Sports Unlimited Swimsuit Edition by convincing America to vote for her. When pro athlete Gavin Sullivan stumbles onto her oceanfront photo shoot and asks her out for drinks, Emerson and her assistant concoct a plan to leak photos of the date to the media and create the vote-getting buzz Emerson needs. Soon, Emerson realizes there’s more to Gavin than meets the eye, and their temporary, no-strings relationship heats up. But can something lasting survive under harsh media scrutiny when secrets threaten to sabotage everything?

Read an Excerpt from Home on Anna Maria Island:

Emerson had been kissed before. She had a modelling career full of air kisses, double-cheek kisses, and the occasional, friendly smooch on the mouth. She also had a personal life spattered with overeager, often rushed kisses that were nothing more than prerequisites for the main event.

Gavin Sullivan’s kisses weren’t like anything she’d ever encountered.

He took his time, eliciting pleasure with more than his mouth. His hands grazed her neck, his thumbs stroked her jaw. His fingers threaded through the fine hairs at her nape. And all along, his mouth explored her mouth. Lips to lips. Tongue to tongue.

She leaned into him and whimpered. Her hands gripping the collar of his linen shirt. Her body burned. Her brain urged her to crawl into his lap and settle in for a long, slow, mind-blowing ride. And she was seconds away from obeying when above them, someone cleared his throat.

“Sorry for the interruption.”

“Dessert?” the man asked as he set shell-shaped bowls of sorbet in front of them.

Gavin didn’t move. He didn’t take his hungry eyes off Emerson. “Thank you,” he said to the man. “That’ll be all for tonight.”

When the man left, Gavin grinned and reached for the silver spoon beside her bowl. “Dessert?” He dipped the spoon into the single scoop of light-colored sorbet and lifted it like he might feed her, but then, with an even brighter grin, he brought the spoon to his own beautiful mouth and licked it clean. “Lemon,” he said, his voice warm and deep.

She opened her mouth, and, for a split second, was afraid her throat was too dry to speak. “I like lemon,” she said, watching him help himself to another bite.

This time, he set the spoon down, and inched closer, so close, she could feel the cold on his tongue and smell the lemon on his lips.

“Want a taste?” he whispered.

Emerson tipped back her head, and her eyes fluttered open to the starry sky. Was it awful to pray during something like this? Because she wanted to. She wanted to pray for this to be real. 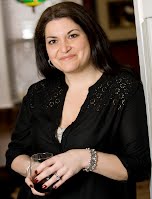 Elley Arden is the author of the groundbreaking and critically acclaimed Cleveland Clash series. She previously worked for The Walt Disney Company and spent over a decade as a non-fiction writer and editor. When she’s not writing, Elley can be found reading, watching sports, redecorating her house, or kicking her husband’s butt in Words With Friends. She lives in Pennsylvania with her high school sweetheart and their three crazy (in a good way) kids.