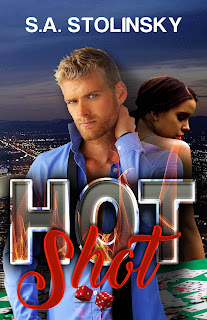 Purchase your copy from:


Read an Excerpt from Hot Shot:

Tyler pushed his long, blond hair back with one hand and slouched.  He knew she found him attractive.  “I’ll tell ya,” he began, hoping to make it last, keep her interested.  “I pretty much need the start up money right now.”
Ah, too fast.
“Start up money? Now? You think I got a stash under my bed upstairs?  We should go up and find out.  My, my we’re in a hurry aren’t we?” Elsie pushed Tyler into an oversized easy chair covered with brown mohair. A black cat with white paws jumped off it as Tyler slammed down.
“Easy kid. That’s the trick. You don’t wanta look too desperate, know what I mean? Well, you are good lookin’ I’ll give you that,” she said. “What ya got there?”
Tyler gave her a certificate.
“Made this up on my computer. It kind of sells land.”
“Bullwhippie,” Elsie said as she tore up the certificate and put it in a glass ashtray on the glass coffee table. “The only thing that makes a lot of money fast is ass, kid.”
“One point five million?” Tyler asked.
“You’re good looking, but honey your ego’s getting away with you.”
Elsie sat in her chair, a plush, pink armchair with multicolor pink pillow and a foot stool in front. She leaned toward him.
“Listen, baby. This is just between you and me, got it? I’ve been a madam longer than I can remember. I work on the sly sometimes, and my parole officer comes around, but he don’t bother me. You know why?”
A still crestfallen Tyler looked at her.
“Because I got the goods on all those assholes, that’s why. I got the video. Don’t ever do porn without a video somewheres in the bedroom. Ya got me?”
Tyler nodded.
Elsie continued without noticing. “I’ll never tell where I hid the original, but believe me I got plenty of copies. Got a friend on Grand that does the best photography in the city. I had a couple of tapes made and almost sold ‘em to TV—the porn sites. So I been thinkin’ real hard about how I can re-establish my rep. And here you come.”
Tyler finally opened his mouth but it was only to use his tongue to wet his lips, they felt parched and he was sure they would crack it he kept his mouth closed any longer.
“Yes, Ma’am,” was all he could think to say.
“I’m gonna start up the biggest whore house in the state, sonny. This time? With men. You know how much a good male hooker can make? Two thousand a night. Now---depending on your stamina…”
“Yeah, I get the picture,” Tyler said.
He wasn’t in to older women, but he had to admit, Elsie was beginning to look visibly younger with the excitement she was projecting. Some people love their work. Her gray roots were beginning to look more like silver blonde streaks and her smile was widening. Her teeth, perfect in what were undoubtedly caps, glistened.
“A male whore house. I don’t think it’s been done before,” Elsie repeated.
Elsie was spry for a woman her age, but she had become overweight and as Tyler checked out the flat, it looked like she’d just moved into the place.  She no longer looked like a professional, but that was probably the point.  On a small table next to Tyler there was a silver framed picture, a studio shot of a glamorous woman, her head tilted back, full makeup and blond hair, her fingers just touching her chin and a large, pearl necklace around her neck and thick jeweled bracelets on her wrists. Tyler realized it was an old shot of Elsie maybe forty years ago.
“Women in their eighties still masturbate, you know that?” Elsie asked noticing him admiring the photo. She looked like she might jot down his answer in an interview. “And what a shame that is when guys like you are just running around willy-nilly.”
“No, ma’am, never really thought about it,” Tyler said.
“You sure do look like your pa. He was a crafty one, but always good to my girls. You work out, huh? I got a boob job in my seventies. Hell, nothing stays up forever. They’re just starting to sag again now. Thinking about getting ‘em done again, so this is a good time we connected.”
“Yes, Ma’am,” Tyler wasn’t sure where this was going, but he was pretty sure he didn’t want it to go much further.
“Thirty percent on my end,” she said.
“Huh?” Tyler realized his eyes had widened and tried to relax so he wouldn’t look so stupid.
“Thirty percent.”
“That’s a lot of money, Ma’am,” Tyler said, when the hole in his stomach shrunk slightly. “I mean I’m desperate, like you say, but that’s a big cut.”
“Listen, kid. A man looks like you, your age, your height, your…face, could make more than two thousand dollars a night, okay? It’s not gonna last forever, so you better grab it while ya can. 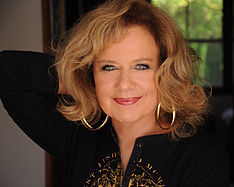