There Be Demons by M.K. Theodoratus

After her father remarries, Britt Kelly’s life becomes a cesspit. She lives in her sister’s two-bedroom tenement apartment with her mother, two brothers, and two young nephews. She starts a new high school where she knows no one. And, even when Britt thinks she’s making friends, the church where she studies in is torn down.

Then, the field commanders of The Demon Wars draft her and her friends to aid the four Gargoyle Guardians who fight the demons invading the city of Trebridge. The fate of the city hangs on Britt’s ability to lead and learn enough self-control to manipulate the natural magic of Grace. Meanwhile, she also needs to decide what to do about Cahal, her chemistry lab partner who is as strong as her and may have interests more than just protecting Trebridge.

“There Be Demons” is a continuation of M. K. Theodoratus’ urban fantasy, "Night for the Gargoyles". It tells the tale of Gillen and his team of Gargoyle Guardians as they defend Trebridge while teaching Britt and her friends – the untrained “reinforcements. Along the way, Gillen and Britt learn things about each other to make them stronger both together and alone.

Get the Short Story – Night for the Gargoyles FREE! It was the first story set in Andor and formed the inspiration for There Be Demons. 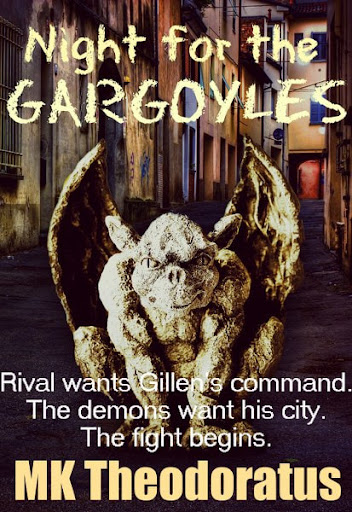 Night For the Gargoyles by M.K. Theodoratus

Night for the Gargoyles -- A Story Combining Magic with Reality!

Gillen's dilemma. Who to fight? The Demons overrunning the city or Orvil, the rival lusting for his position.

The four gargoyles guarding Trebridge are outnumbered by a growing number of demons. Gillen, their leader, is caught between fighting Demons and the schemes of Orvil to replace him. He tries patience with the plotting Orvil and asks the Angeli for reinforcements. Will help come in time?

A free short story set in a world where reality plays with magic. Read the short story that inspired There Be Demons!

Get your free copy from Amazon * Apple * B&N * Kobo * Overdrive 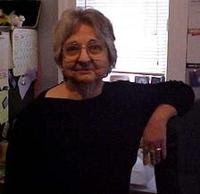 I'm one of those weird people who have always played with fantasy. Had a pretend friend by the time I was three, play acted elaborate fantasies even after I learned not to talk about them, read comic books, and discovered Oz, A. L. Merritt, Andre Norton, and Fritz Leiber before my teens.

The gears changed to include writing fantasy after the sixth grade. Until then, mysteries ala Nancy Drew were my favorites. Most of my fiction writing has been lost through the years. Must admit, though, I still have the Clue of the Clay Cats, written in the sixth and seventh grade, sitting in some file drawer.

Many fantasy worlds have entertained me since then...but I've only written in two since I started writing again, aka consistently. My main two worlds are Andor where demons prey upon humans and other supernatural events occur and the Marches of the Far Isles. My favorites, though, are my Far Isles Half-Elven, Renna, Mariah, and Kerry, where I explore the political ramifications of genetic drift on a hybrid elf/human population. Unfortunately, my Half-Elven had become a cliche by the time I completed the 600,000+ words moldering in my computer. [Which is okay. I mainly write to amuse myself.]

Oh, yes, my pubs. I've published shorter fantasy for my Half-Elven, including Troublesome Neighbors and Vengeance. Andor short stories include Night for the Gargoyles [which inspired Andor], Showdown at Crossings [prequel to There Be Demons], Doom Comes for a Sold Soul, and The Ghost in the Closet. The short stories are both free and 99c.

Email ThisBlogThis!Share to TwitterShare to FacebookShare to Pinterest
Labels: M.K. Theodoratus, Night For the Gargoyles, Silver Dagger Scriptorium, There Be Demons, Urban Fantasy