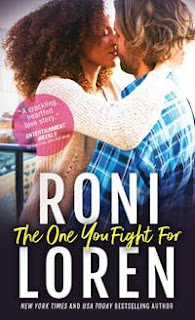 How hard would you fight for the one you love?

Taryn Landry was there that awful night fourteen years ago when Long Acre changed from the name of a town to the title of a national tragedy. Everyone knows she lost her younger sister. No one knows it was her fault. Since then, psychology professor Taryn has dedicated her life’s work to preventing something like that from ever happening again. Falling in love was never part of the plan…

Shaw Miller has spent more than a decade dealing with the fallout of his brother’s horrific actions. After losing everything—his chance at Olympic gold, his family, almost his sanity—he’s changed his name, his look, and he’s finally starting a new life. As long as he keeps a low profile and his identity secret, everything will be okay, right?

How do you find your happy ending?

“This does not look like an establishment that serves cake,” Kincaid said as Taryn stopped in front of the Tipsy Hound bar. “And if it did, I wouldn’t want to eat their cake.”

“After that workout, I need something stronger than cake,” Taryn said, feeling grumpy after the grueling session that Kaya, the perky female trainer who was definitely not Lucas, had put her through. Taryn had not been feeling in the mood for a workout already, but when she’d found out Lucas was no longer going to be her trainer because he’d decided to take some night classes, her attitude had plummeted further. Kaya’s unending enthusiasm had not helped. If she’d said You can do it! one more damn time, Taryn might’ve pushed her in the pool.

Kincaid glanced at the chipped paint on the sign by the door. “This place looks like a dive.”

Kincaid gave her a skeptical look. “And it’s eighties open mic night. Are we really going to subject ourselves to that?”

“You signed me up for something that involved trapeze and falling into swimming pools. I have earned the right to choose the next activity.”

Kincaid relented and waved a hand. “Yep, you’re right. Lead on, and I shall follow.”

“Thank you.” Taryn pushed open the door and was hit with the smell of beer and the sound of a Phil Collins song being murdered mercilessly by the woman onstage. “I’ve been here before. It’s got…some charm.”

Honestly, Taryn had no idea why she’d decided to come back to the Tipsy Hound. There were plenty of other places in Austin where she and Kincaid could’ve grabbed a drink. Better lit places. Places where their shoes wouldn’t stick to the floor. But something about this bar had called to her again when they’d driven past. Maybe after watching her life’s work get flushed down the toilet the night before, she needed to remind herself that at least she hadn’t taken the path she’d originally planned and tried to be a songwriter. This would’ve probably been her future. Sticky-floored dive bars. She was still doing better than that, right?

Kincaid fluffed her hair, somehow managing to look completely put together with just a five-minute gym shower and some quickly applied makeup. Taryn had done her best to look presentable, but all she’d packed in her gym bag were hair products, lipstick, and some mascara. Maybe it was good the place was dark.

“Let’s grab a table and see if this joint can make a decent margarita,” Kincaid said, eyeing the possible places to sit.

Taryn pointed. “The one in the back over there looks good. And it won’t be as loud.”

“Hey, Jamez with a z!” a voice called from somewhere off to Taryn’s left.

Taryn winced. She hadn’t considered that someone might remember her from the other night. This place seemed to do open mics every evening. She was just one of many who’d gotten on that stage, but the owner apparently had a good memory. She gave Kaleb a discreet wave, hoping Kincaid didn’t notice.

But he didn’t take the hint. He stepped closer and flicked his bar towel over his shoulder. “Hey, do you do eighties, too? I hope so because, goddamn, we could use a good song tonight. The offerings have been bleak. This has been worse than karaoke night. And karaoke night makes me want to drink the hard stuff.”

Kincaid turned around at that, doubling back. “Excuse me?”

Kaleb smiled affably. “Oh, you brought a friend. Right on.” He put out his hand to Kincaid. “I’m Kaleb, co-owner of the place. I was just telling Jamez here that we could use her onstage tonight.”

Kincaid cocked her head as she shook his hand, no doubt remembering the name Lucas had first called her at the race. Kincaid didn’t forget anything. “Right. Jamez. Onstage.”

“Have you seen her play?” he asked, jabbing a thumb toward the front. The singer ended her tortuous rendition of “Sussudio,” and a smattering of lackluster applause followed.

Taryn put her hands up as if there was a way to stuff that cat back into the bag, but of course, there wasn’t. Kincaid’s attention flicked to Taryn, her eyebrows arching. “Play. Like an instrument. On a stage?”

“Yeah, man. Good guitar player and has some pipes on her, too.” Kaleb grabbed his phone out of his back pocket. “What song you wanna do, Jamez? You can pick anything that hasn’t already been sung tonight.”

“Oh, no, no,” Taryn said, waving her hand. “I’m just here to listen and have a drink tonight. I’m not up for performing.”

Kaleb’s face fell. “Really? You sure? Could I entice you with free drinks for both of you in exchange for a song?”

Kincaid perked up. “Yes, do you have marg—”

“No,” Taryn said quickly. “Not tonight. Eighties really aren’t in my wheelhouse. But thanks.”

Kaleb shrugged and his affable smile returned. “Ah, nineties to the end… I get it. Well, let me know if y’all need anything. And first drink’s on me anyway.”

Kincaid put her hand to her chest. “Well, thanks, sweet thing.” She waited until he walked off and then looked at Taryn with a wicked light in her eyes. “For the drink and the information. Jamez with a z.”

“Like I’m now the cake you were looking for. Can we just ignore that this conversation happened?” Taryn asked, stepping past her friend and heading to the table.

“Um, no, we cannot, missy,” Kincaid replied, following closely behind, her high heels clicking on the floor. She waited until Taryn had taken her seat and then slid into the chair next to her. “That is not a conversation I can just forget. You play guitar and sing? Since when?”

Taryn ignored her for a moment and ordered two margaritas on the rocks from the waitress. When they were alone again, she relented. “Since middle school, but I don’t do it anymore. The other night—the night after that bad date—I had a lapse in judgment, gave Kaleb a fake name, and ended up getting onstage here.”

Kincaid’s lips parted on a gasp. “That’s why Lucas called you Jamez! You met him here? He saw you sing?”

She shrugged. “He saw me freak out onstage and bail. Yeah.”

Kincaid set her chin in her hand, a look of wonder and delight on her face. “It’s like I don’t know you at all. I need to see this singing Taryn. I need that in my life right this minute.”

“Not happening. I’m retired.” Taryn accepted a complimentary bowl of homemade barbecue chips and her drink from the waitress and took a long sip, the sweet and salty liquid cooling her dry throat. “It was a stupid thing to do that night. It brings back…too much crap. That was the person I was in high school, before everything. It just brought back painful memories.”

Kincaid frowned. “Oh, I’m sorry, honey. Is that why you freaked out onstage?”

“Ugh,” Kincaid said, leaning back in her chair and grabbing a few of the chips. “Trauma sucks.”

“I’ll drink to that,” Taryn said wryly. “But at least we can sit here and listen to a sure-to-be-stellar rendition of ‘Billie Jean’ by that guy.”

Kincaid looked to the stage where a very paunchy white dude with a biker vest was gearing up for some Michael Jackson. She groaned. “Oh Lordy, I’m going to need a lot of liquor for this.”

However, to their surprise, when the biker actually started singing, he turned out to be pretty damn good. Good voice and much higher-pitched than anyone could’ve guessed. He was hitting every hee-hee with perfect pitch. Taryn found herself bopping her head to the music and enjoying the performance. But when he turned to the side, beer belly on full display beneath his T-shirt, and busted out his moonwalk, she and Kincaid almost lost it. Taryn put her hand over her mouth to stanch her laugh. “Oh my God, he’s so nailing it.”

“I take everything I said back. I love this place,” Kincaid said, clapping and letting out a whoop. “It’s my new favorite.”

Email ThisBlogThis!Share to TwitterShare to FacebookShare to Pinterest
Labels: Book Release, Excerpt, Giveaway, Roni Loren, Sourcebooks Casablanca, The One You Fight For, The Ones Who Got Away