Read an Excerpt from A Merciful Fate by @KendraElliot ~ #Giveaway #MontlakeRomance 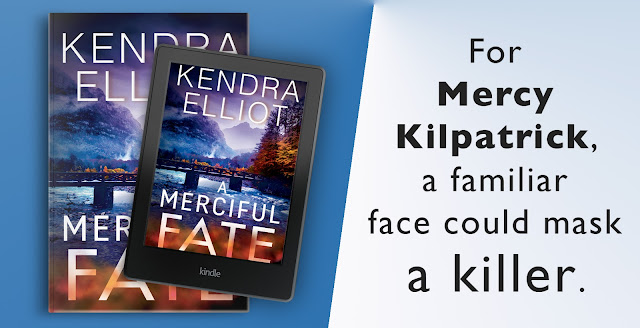 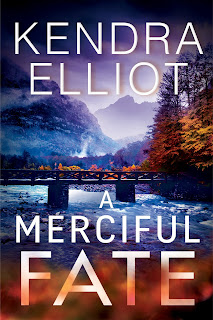 Raised by preppers, survivalist and FBI agent Mercy Kilpatrick has a deep-rooted need for a safe place. Her getaway in the Cascade Foothills is her secret. But when skeletal remains are unearthed—those of a murdered man linked to a notorious heist—Mercy realizes she isn’t the only one with something to hide.

Thirty years ago, an armored-car robbery turned deadly. The mastermind was captured. Four conspirators vanished with a fortune. One of them, it appears, never made it out of the woods alive. For Mercy and her fiancé, Police Chief Truman Daly, their investigation opens old wounds in Eagle’s Nest that cut deeper than they imagined. Especially when a reckless tabloid reporter draws fresh blood. It’s clear to Mercy that somebody in this close-knit community is not who they seem to be.

Some are still shattered by the heist. Some still have reason to be afraid. But which one will kill again and again to hide three decades of secrets? To land this case, it’s up to Mercy to unmask a familiar stranger before someone else dies.

Mercy sat on a stool that was too high for the makeshift table. She didn’t care. They could sit on the ground and she’d be happy with Truman. Currently the home had plywood subfloors and open framing, but part of Mercy loved the empty, bare look; it promised that something fabulous was coming.

Truman leaned over and poured red wine in the plastic cup by her paper plate. She sighed and buried her nose in her cup. The fragrance was deep and bold, with hints of plum and smoke.

“Italy,” she mumbled into the wine.

“I want to visit Italy. How does a honeymoon in Italy sound?”

A grin filled his face, and the sensation of butterflies fluttered up her spine.

Or maybe it’s the wine.

She took a sip of her wine as she studied his face. So familiar and dear to her.

A smile to stop traffic. Eyes that crinkled in happiness. Several scars that testified to his love of law enforcement. Her attraction to him was more than skin deep. She was in love with the person he was. He was a natural leader and easily commanded respect. His people turned to him, followed him, admired him. His natural sense of honor was a magnet for her.

He understood how her mind worked, and they fit together like a couple of complicated puzzle pieces. She’d been painfully aware of her missing puzzle piece when he’d been taken away, chained by men planning to kill him, and then rescued thanks to Ollie. The two weeks when no one knew his fate had been the worst of her life. When he’d been returned to her, she’d known she couldn’t waste any more time.

He’d been of the same mind-set and had proposed.

“I’ll try Italy.” He dished spaghetti carbonara onto their plates.

“And what’s on your agenda for tomorrow?” he asked over the rim of his plastic cup. She perked up. “The bank confirmed the money bags are from the Gamble-Helmet Heist. And I have the go-ahead to visit Shane Gamble at the Two Rivers prison tomorrow.”

“What are your thoughts on the remains?” Truman asked. “Did the medical examiner get to them yet?”

“Yes. They spent the afternoon removing the remains, and Dr. Lockhart was going to start an examination tonight. The woman never takes time off.”

“Same could be said for you.”

“I guess this means your weekends are booked for a while?”

Mercy sighed. “I know. The two of us are supposed to be working on the interior of this place … We’ll get it done at some point. It’ll have to wait awhile.”

A grin filled his face.

“You’re not the same person I met last fall. Back then, if the cabin had been in the half-completed state it is now, you’d be climbing the walls with anxiety because your safety net wasn’t perfect.”

“You’re right,” she agreed. “I had a similar thought earlier, but nearly all my supplies are still intact, so it’d be rough living but doable. I can temporarily live with that for now. Especially with this case to distract me.”

“It is. Considering there have been no leads for decades, and the robbery is practically modern folklore. It’s like a buried treasure hunt, and Ollie found the first clue.”

“Is Ollie okay after his morning?” she asked with a small wince. She’d nearly forgotten the teen had made the grisly discovery.

“He’s okay. I spent some time with him and he was very quiet, but I could tell he was processing it. He’s dealt with death before.”

“He’s been through a lot,” sympathized Mercy.

They silently ate for a few moments until he glanced up and caught her staring at him. Longing shone in his eyes, an appetite and craving that had nothing to do with food, and she struggled to find her breath.

How does he do that to me?

“You know,” he said, his voice low and tempting, “this place hasn’t been christened yet.”

Mercy blinked. “People do that to homes?”

Patience filled his features. “That’s not what I meant.” His brown gaze held hers.

“Ohhh,” she breathed as heat flashed through her.

“Dessert.” His smile was sinful, and energy pulsed between them. 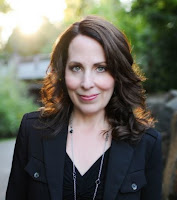 Kendra Elliot has landed on the Wall Street Journal bestseller list multiple times and is the award-winning author of the Bone Secrets and Callahan & McLane series, as well as the Mercy Kilpatrick novels: A Merciful Death, A Merciful Truth, and A Merciful Secret. Kendra is a three-time winner of the Daphne du Maurier Award, an International Thriller Writers finalist, and an RT Award finalist. She has always been a voracious reader, cutting her teeth on classic female heroines such as Nancy Drew, Trixie Belden, and Laura Ingalls. She was born, raised, and still lives in the rainy Pacific Northwest with her husband and three daughters, but she looks forward to the day she can live in flip-flops. Visit her at www.kendraelliot.com.