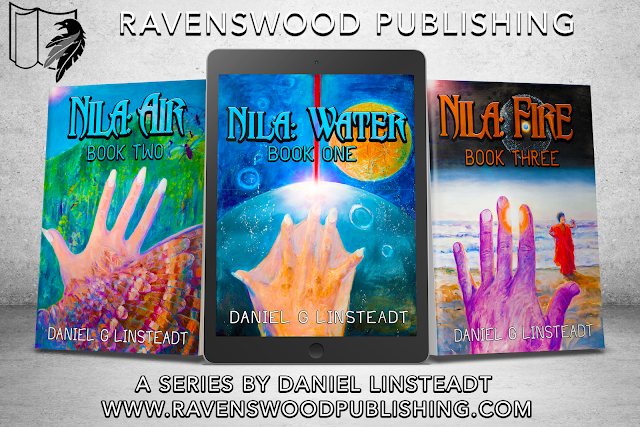 An unusual medical treatment leads Seth into a heroic role in a mystical life based on his father's bedtime stories of the oceanic Nila race. 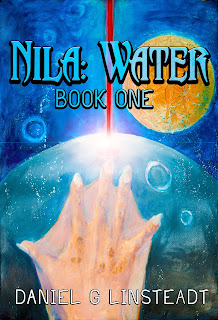 Nila-Water, the first in a series, emerges as a blend of the parallel realities that Seth lives in. Developing a debilitating illness with an excruciating skin condition, he has lived a life of isolation. He escapes to the bedtime stories told by his father, of a beneficent race of Nila, who live on earth and in the oceans. Suffering also the loss of his father, who abruptly disappears from his life, he becomes attracted to his beautiful, tantalizing caretaker, Kate, who shares the house entrusted to him by his father. They mutually agree he should undergo four risky treatments recommended by his doctor, Eshe, to curb his ailing condition.

The questionable intentions of Seth’s powerful father for humans and for Nila are revealed during the course of treatments. Are Seth’s real-life experiences during the treatments actually his new life in the ocean, or a result of the drug being administered?

Boredom and heartache force Seth to decipher visions shown by the mysterious Her, which leads to self-discovery that are fraught with danger and gut-wrenching decisions. 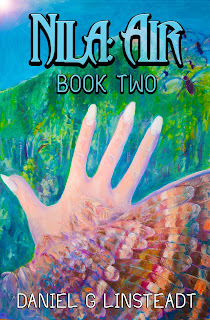 Nila-Air, the second the series, has Seth discovering the perilous motives behind his father’s heartless actions that caused his debilitated health, isolation, and suffering. Now reborn on a new pristine world, Nila are determined to rebuild their community and face any new challenges.

Finally living as a true Nila, Seth must learn how to deal with the withdrawals of his former human life. Boredom and heartache force Seth to search within himself for his meaning and purpose while his relationship with Kate deteriorates with the presence of Raymond, who becomes the Red Crystal Bearer that Seth and his father previously held.

Seth’s connection with the mysterious Her—Nila’s spiritual leader—intensifies as he attempts to decipher new visions from Her. Straying from Nila protocol, Seth discovers a new threat—the current winged inhabitants. Boredom quickly turns into adventure and self-discovery that are fraught with danger and gut-wrenching decisions. Can Seth bring peace between his Nila family and the inhabitants, and does he have time?

Tragedy strikes in the swimmers new-found paradise, which causes Seth to lose his way. Will all Nila come together to save Seth and themselves? 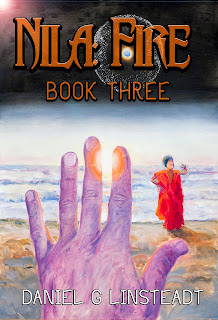 Nila-Fire, the third in the series, has Seth, a Nila Swimmer, and his adopted family of Nila flyers finding themselves back on their home planet, Earth. Assisted by two hikers, Vuna is nursed back to health after his attack by Zerths. Vuna and Zuri’s fast-growing daughter Seva connects them, as flyers, with humans, and they learn their reason for returning to Earth—to assist their own kind!

Jiva and Kava go on a mission given to them by Gian, where they obtain the clear crystal and a quest from Sam. Kava returns to the flyers with the clear crystal, while Jiva leaves the flock with a map, a riddle, and Britta—Sam’s housekeeper.

On his own mission, Seth is saved by Xcina from stormy waters. He learns his family of swimmers has also returned to Earth and safe from the Zerths. Taken to a lavender planet, Xcina passes the mantle of “She” onto him, but not before giving him instructions to find his father. With new visions of darkness, yellow eyes, and imminent danger, he reluctantly searches for his father. Hearing Sam’s version of events, beginning with his childhood, Seth sets out to reunite Sam with his Nila family of swimmers and Aiyana, Seth’s mother.

Seth and his family leave Earth to live in a paradise, which causes a rift for the swimmers. Tragedy strikes, which causes Seth to lose his way. Nila of a new form are coaxed into saving Seth, which rekindles past mistrust between Lara and Zuri, both She. What are Lara’s real motives behind assisting Seth? 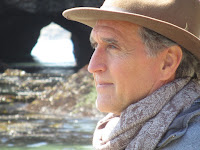 Author of Oaf in Ophir and Oaf in Bear River, Daniel shares his passion for inspiring and uplifting stories—where entering the realm of the magical and spiritual blend with the heartbeat of all life—and creatures see answers to those deep questions that stir within us. Daniel received two BAs from the University of California Santa Barbara and spent most of his career as an IT programmer, but his passion is creating stories.

PUBLISHER EMAIL: ravenswoodpublishing@gmail.com
at 1:00 AM