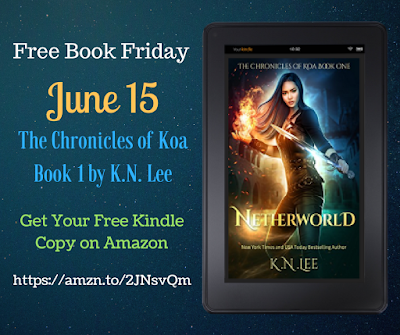 In a world where vampires and angels have devised a peace treaty, humans either live their lives oblivious to the supernatural creatures living amongst them, or actively take part by selling their blood. 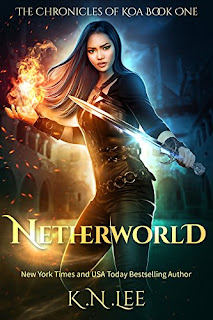 Koa, a half-blood vampire works for the organization that enforces the peace treaty. She can fly, has an enchanted sword, and a mother cursed to live as a cat.

When a dangerous demon arises and seeks to plunge the humans into darkness and evil, even Koa and her boss can't stop him.

There are rumors of a prophet prince who can help, they just have to travel to an alternate universe to break him out of a supernatural prison.

Prepare for an epic paranormal adventure full of vampires, angels, shifters, and magic that grips you from the start and doesn't let go.

"Authors who elect to write paranormal fiction take a leap of faith - especially when their audience is the Young Adult group. Though this is the first of her book this reviewer has read it is easy to see why she has gained such a wide audience. Her vampire stories retain enough of the expected magic and fright demanded by lovers of the genre, but at the same time she manages to infuse her tales with aspects of humanity not usually found in the routine vampire novels."~ Grady Harp HALL OF FAME TOP 100 REVIEWER VINE VOICE

"The Chronicles of Koa is a wonderful story full of likable characters, a clear world, and a fun mission." ~ Kirstin L. Pulioff, author of The Escape of Princess Madeline

"It has a fantastic story, twists and turns throughout, and some mysteries you won't see coming. I'm looking forward to reading more of her books as she writes them. The Chronicles of Koa #2 will certainly be a day one purchase for me!"
~Thomas Ray Manning, author of Energize (From the Logs of Daniel Quinn)

"The ending had me on edge. I have to say I have not read a vampire novel like this one before." ~Glenna Maynard, author of Beautiful Strangers

Grab your copy today! Embark on a paranormal adventure series that is perfect for young adult and adult readers of Ilona Andrews, J.K. Rowling, Karen Marie Moning, and Patricia Briggs.

The Chronicles of Koa Series